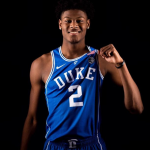 Cameron Reddish is an American college basketball player who plays for the Duke University. As of 2019, Reddish currently plays as a Small forward/Shooting guard for the Duke Blue Devils. Further, he has played for the United States men's national under-19 basketball team. Reddish, the college star athlete is projected to be the top prospects of the 2019 NBA Draft.

What is Cam Reddish known for? 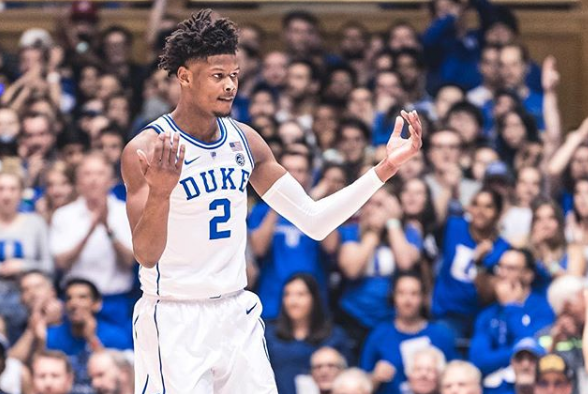 Where is Cam Reddish grew up?

Cam Reddish was born in Norristown, Pennsylvania to parents Robert Reddish and Zanthia Reddish. He grew up along with his younger brother Aaron Reddish. He was born with Cameron Elijah Reddish birth name. His birth sign is Virgo. His nationality is American and belongs to the African-American ethnic group.

During his High School, Reddish was rated as a 5-star recruit and is ranked as the 2nd best player in the 2018 class by 247Sports.com, while being ranked as the 3rd best recruit by ESPN along with R.J Barrett and Zion Williamson.

What is the profession of Cam Reddish? 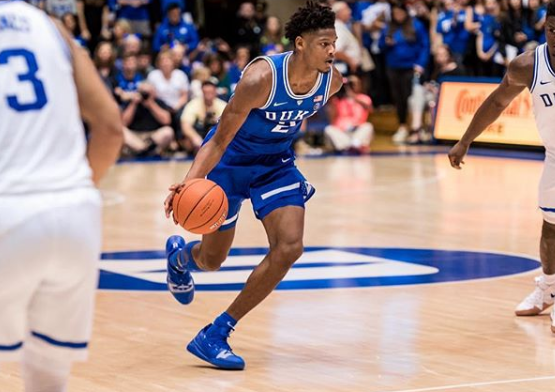 Is Cam Reddish Dating Someone?

Regarding his personal life, Cameron is 19 years as of 2019. He has an athletic body and astonishing basketball skills. However, the third best player of 2018 ESPN class is currently single and he hasn't revealed anything about his personal relationships or girlfriend. Further, he is popular on social media also. Reddish has more than 281k followers on Instagram and 28k followers on Twitter.

How much salary Cam Reddish assumed?

Cameron Reddish is regarded as the top three contenders of the 2019 NBA draft. It is estimated that his annual salary with the Duke is around $40,000. As he is a college basketball player, Reddish's professional career is yet to be started. Further, if he is selected in the first round of the NBA draft, his salary could go straight up to $7 million.

Reddish has gained huge attention from coaches and recruiters while he was in Duke. Along with Williamson, R.J Barrett, and Reddish, a single school has never been responsible for the first three picks of a single NBA Draft. In addition, it appears that Reddish will be sponsored by NIKE.

The closest situation may have been in 2012, when national champion Kentucky’s Anthony Davis and Michael Kidd-Gilchrist went first and second, respectively. Florida’s Bradley Beal went third.

How tall Cam Reddish is?

Observing his body figures, He stands a height of 6 feet 8 inches and weighs around 99 kilos. Similarly, He has a pair of black eyes and hair color. Further, The talented athlete is known for his stunning good looks and physical features. However, his body measurements were not disclosed yet. In the case of disclosed, we will let you know.

Trivias About Cam Reddish You Need To Know.