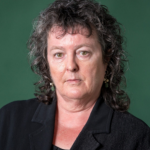 The first woman Poet Laureate of the United Kingdom, Carol Ann Duffy is a much-admired, award-winning female poet. Many of her poems are part of the British school and university curriculum and she has established herself as one of the most significant literary figures in the genre of contemporary British poetry. She has been conferred with several prestigious awards and honorary doctorates for her contribution to the world of literature. Let's explore more about her through this article.

What is Carol Ann Duffy famous for?

When was Carol Ann Duffy born?

Recalling her early life, Duffy was born in Gorbals, poverty struck and underprivileged part of Glasgow, the United Kingdom to Frank Duffy, an electrical fitter and Mary Black.

At the age of six, her family relocated to Stafford, England, where she attended Austin's RC Primary School from 1962 to 1967 and later she was enrolled at St. Joseph's Convent School and Stafford Girls' High School.

She was a voracious reader from her school days and by the age of eleven, she authored many poems. At the age of fifteen, her poems were published by Outposts, a pamphlet publishing house. In 1974, she enrolled at the University of Liverpool, where she studied philosophy. While at the university, she wrote for a pamphlet titled Fifth Last Song.

When did Carol Ann Duffy begin her career?

Is Carol Ann Duffy married or not?

Reflecting on his personal life, Duffy is openly bi-sexual. Always a rebel with an unconventionally independent streak, she was only 16 when she first met the poet, musician and artist Adrian Henri who was 39 at that time. Their huge age gap did not deter the teenager from developing a romantic liaison with the much older man, a relationship that lasted for 12 years.

Later, she entered into a relationship with the Scottish poet and novelist Jackie Kay who is lesbian. The two women were together for 15 years before breaking up. Also, She is the mother of one daughter, Ella, born in 1995. Ella's father is Peter Benson.

How much is Carol Ann Duffy's net worth?

Being a poet/ author, Duffy earns a decent amount of money and fame through her profession in the field of the entertainment industry. Based on some online sites, her estimated net worth is said to be $1 million at present. However, his salary and asset details are yet to be disclosed.

How tall is Carol Ann Duffy?

Observing her body physics, Duffy stands a decent height and weight with brown eyes and hair color is dark brown. His other body information is yet to be disclosed. In the case of disclosed, we will let you know.

Trivias About Carol Ann Duffy You Need To Know.