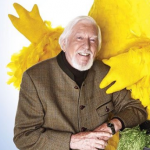 Caroll Spinney was an American puppeteer, speaker, cartoonist, and author who is well known for playing Big Bird and Oscar the Grouch on Sesame Street from its inception in 1969 until 2018. He also served in the US Air Force. While in the Air Force, he wrote and illustrated Harvey which is his first written comic which is based on military life. Let's know more about him and his struggle and contribution in the field of the entertainment industry through this article.

What is Caroll Spinney famous for?

Where is Caroll Spinney born?

Recalling his early life, Caroll was born in  Waltham, Massachusetts, U.S. He is American by nationality and belongs to mixed ethnicity. His birth sign is Capricorn and faith in Christianity. Information regarding his parents and siblings is yet to be disclosed.

He has been drawing and painting since he was a child. He developed a love of puppeteering when he saw a performance of Three Little Kittens at the age of five. He continued puppeteering throughout his childhood and adolescence and used his performances to raise money for college tuition. After he graduated from Acton High School in Acton, Massachusetts, he served in the US Air Force.

How Caroll Spinney become a part of the entertainment industry?

Who is Caroll Spinney married to?

Reflecting on his personal life, Caroll was married twice until his death. He had three children from his first marriage to Janice Spinney, whom he married in 1960. The pair divorced in 1971 after eleven years of marriage.

Then, He was married to his second wife, Debra Jean Gilroy, from 1979 until his death. In his later years, He had dystonia, a neurological movement disorder that causes muscle contractions which makes him passed away.

How does Caroll Spinney die?

Caroll died at his home in Woodstock, Connecticut on December 8th, 2019 at the age of 85. He had been living with dystonia for some time before his death. As per his postmortem report, his cause of death was complications from dystonia.

Sesame Workshop announced his death in a statement on Sunday; "Caroll Spinney, the legendary puppeteer behind beloved Sesame Street characters Big Bird and Oscar the Grouch, died today (December 08th, 2019) at the age of 85 at him home, after living with Dystonia for some time."

How much is Caroll Spinney worth?

Being a puppeteer, cartoonist, and author, Caroll earns a decent amount of money and fame in the entertainment industry. Based on online reports, his estimated net worth said to be $8 million at the time of his death. However, his annual salary is somewhere around $2 million at present.

How tall is Caroll Spinney?

Before his death, Caroll stands a height of 5 feet 9½ inches and weighs around 68 Kg. He has a pair of black eyes and white hair color. Further, he used 8.5 (UK) shoe sizes.

Trivias About Caroll Spinney You Need To Know.