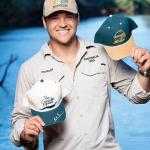 Chandler Powell is an American professional wakeboarder, who is widely recognized for his win of 2014 "Triple-Crown" title and also for finishing in number 3 in "The Wake Park World Series". Powell is better-known as the long-term boyfriend of Bindi Irwin. Powell was also named among the 20 most promising wakeboarders under 20 by 'Outsiders Online' website in February 2015.

What is Chandler Powell Famous for?

Who is Bindi Irwin? 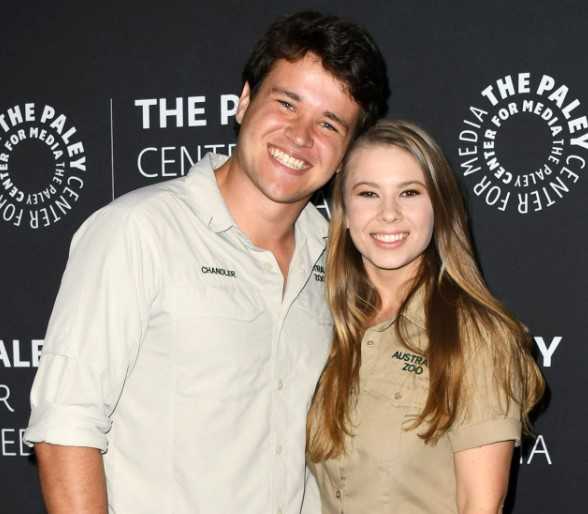 Where was Chandler Powell Born?

Chandler Powell was born on November 14, 1996, in Seffner, Florida, United States. His birth name is Chandler Powell. His nationality is American. Powell belongs to White ethnicity while Scorpio is his zodiac sign.

Powell was born in a well-to-family to Shannan Powell(mother) and Chris Powell(father). His father, Chris is also a wakeboarder. He was raised in his hometown. After he completed his schooling, he moved to Orlando and later he joined the University of Central Florida where he graduated earning a major degree in Marketing with a minor in International Business.

What Does Chandler Powell Do?

Belonging to a family with a background of wakeboarding, Powell developed an interest and began skateboarding when he was only 4 years old. He even got sponsorships from Airwalk Shoes and Powell Skateboards. By the time, he was 12, he began going to McCormick’s Cable Park.

He earned more sponsorship making many videos of his performances and by the time he was 15, he participated in tournaments and turned to be professional in wakeboarding.

Powell has been active in the field of wakeboarding since 2012. He has participated in the World Series circuit thus reaching several international platforms in National Championships, North American Championships, and World Championships.

He is sponsored by the Liquid Force, Fuse, and LKL. In 2014, he won the "Triple Crown" title and even finished in the top 3 in the Wake Park World Series.

However, he left his career in 2016 and in 2018, after 2 years, he permanently relocated to Australia to be with his girlfriend and her family. Currently, he serves as a member of the Wildlife Warriors program, the program founded in 2002 by his girlfriend, Bindi Irwin's parents.

Who is Chandler Powell Married to?

Chandler Powell is married to his long-term girlfriend, Bindi Irwin. Irwin is a 21-year-old passionate conservationist known as the daughter of late conservationist and television personality, Steve Irwin. Powell and Irwin got married on March 25, 2020, in a secret candlelit ceremony in the gardens of Australia Zoo in Queensland, the same place opened by Irwin's grandparents.

Powell met Irwin for the first time at Australia Zoo where he spends his time with his parents in November 2014. After that day, the stayed in touch and began exchanging letters for months and later in 2015, they reunited in the USA. He also became a member of the family now and even earned a khaki Australia Zoo uniform.

Besides, Powell is a Global Ambassador for the Irwin's Family's Wildlife Warriors Program-a conservation organization.

What is the Net Worth of Chandler Powell?

Chandler Powell has quite a great earning through his professional career as a wakeboarder. Being in the field for almost a decade, he has managed to amass a fortune worth thousands of dollars from his several wins from the different competitions. His estimated net worth is around $500k while his average salary is $300k. While his wife's net worth us $3 million.

He has also been listed as America's most talented and dangerous wakeboard player.

How Tall is Chandler Powell?

The 21 years old Chandler Powell is a handsome White man. He has an average body physique of measurement 40-34-16 inches with 10(US) as his shoe size. He has a fair complexion with brown hair and brown eyes. He stands tall with a height of 5ft. 10inches(1.78 m) while his body weighs around 60 kg(132 lbs).