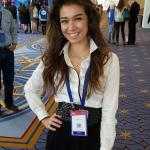 Chanel Rion is an American journalist and political caricaturist who currently serves as the White House correspondent for One America News Network. Korean-American Chanel Rion is also known for her bold personality. In March 2020, during a show, she even called the Coronavirus the "Chinese virus." Donald Trump, president of the US, used one of her illustrations to win the media historic battle.

What is Chanel Rion Famous for?

Where was Chanel Rion Born?

Chanel Rion was born in Texas, United States. Her birth name is Chanel Ryan. Her nationality is American while she belongs to Korean-American ethnicity. 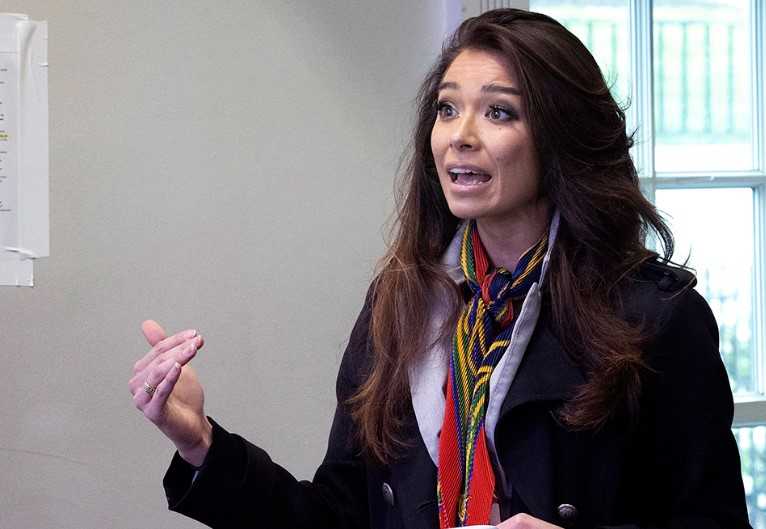 Chanel Rion was born in a well-to-do family. Her father, Dann O. Ryan is an American corporate lawyer while her mother is a South Korean. Chanel grew up along with her two siblings, Baron and Channing.

Baron is a highly decorated Boy Scout. Later, Chanel along with her father and brother even wrote a book titled "Lamongan: River of the Seven Spirits".

During her childhood, she moved and lived in Texas, France, Missouri, and South Korea. Rion did her elementary and secondary studies at her own home as she was homeschooled. Later, she completed her international relations at Harvard University.

Chanel Rion is involved in politics indirectly as being a journalist, she has created several political cartoons under the label "The Left Edge". Her work support political conspiracies including Pizzagate and that Hillary Clinton killed Seth Rich.

In 2019, she even reported that ex-FBI Deputy Director Andrew McCabe and ex-FBI lawyer Lisa Page had an affair that was late discredited as it lacked sources.

Rion got more recognition after she was appointed as the White House correspondent for One America News Network(OAN) in May 2019.

In March 2020, Rion hosted a show, "Exposing China's Coronavirus: The Fears, The Lies and The Unknown" on OAN. She even called the Coronavirus the "Chinese virus."

On April 1, 2020, the White House Correspondents' Association removed OAN and Rion from the White House briefing room press briefings. It was due to the fact that there was a violation of the Association's COVID-19 attendance policy.

However, on April 3, 2020, she participated in the press briefings outside of the White House Correspondent's Association rotation list as she claimed that she had been explicitly invited by President Trump’s press secretary, Stephanie Grisham.

Besides, she has been a president Donald Trump Junior supporter since the New Hampshire primary in January 2016 where she worked with Sykes. Trump is also a fan of Rion's illustration work as he even used one of her illustrations to win the media historic battle against MSNBC host Rachel Maddow.

Who is Chanel Rion Married to?

Chanel Rion is married to her husband, Courtland Sykes. Sykes is an American politician who even ran for election to the U.S. Senate to represent Missouri in 2018. The couple met for the first time at a CIA recruitment event at Harvard University as they both studied at the same college.

What is the Net Worth of Chanel Rion?

Chanel Rion, who has been working in this field for more than a decade, must have managed to earn a good fortune. However, her net worth isn't disclosed yet but is supposed to be around $100k along with her salary ranging between $39000 – $42000.

How Tall is Chanel Rion?

Chanel Rion is a gorgeous lady who must be in her 30s. Rion has a well maintained slim body physique. She has a fair complexion with brown hair and brown eyes.