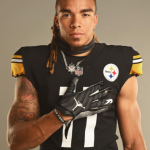 Chase Claypool is a Canadian professional footballer who is currently for the Pittsburgh Steelers of the National Football League (NFL). His playing position is Wide Receiver. He played college football at Notre Dame. He was drafted by the Pittsburgh Steelers in the second round of the 2020 NFL Draft. Besides his football career, he also runs a YouTube channel.

What is Chase Claypool Famous For? 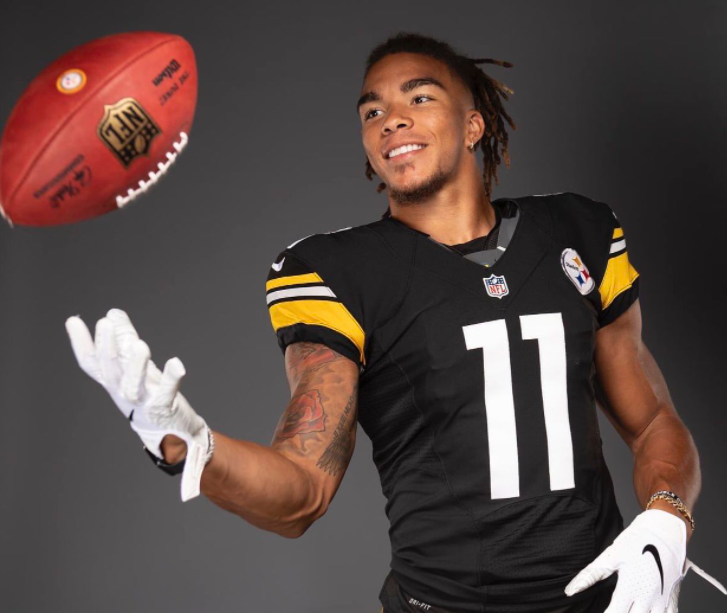 Who are the Parents of Chase Claypool?

Chase Claypool was born on 7th July 1998 in Abbotsford, British Columbia, Canada. He is Canadian by nationality and his ethnicity is Canadian-White. His race is White. He celebrated his 23rd birthday as of 2021. About his parents, he was born to his father, John Mensah, and his mother, Jasmine Claypool. He was born as the youngest child in the family with four brothers out of which two of his brothers are step and a sister. His sister, Ashley committed suicide. His Zodiac sign is Cancer and he follows the Christianity religion.

Focusing on his education, Chase Claypool went to attend Abbotsford Senior Secondary School in Abbotsford, British Columbia, Canada. There, he played both basketball and AA football in his senior years. During his time in school, he set numerous school receiving records. Then, he decided to commit to the University of Notre Dame to play college football. At Notre Dame, he played in 12 games as a true freshman in 2016 and finished the season with five receptions for 81 yards and led the team in special teams tackles with 11. He started eight of 12 games, recording 29 receptions for 402 yards and two touchdowns as a sophomore in 2017. He started 12 of 13 games, finishing second on the team with 50 receptions for 639 yards and four touchdowns as a junior in 2018. Not only this but also he took over as Notre Dame's number one receiver his senior year in 2019, a season in which he caught 66 passes for 1,037 yards and 13 touchdowns. 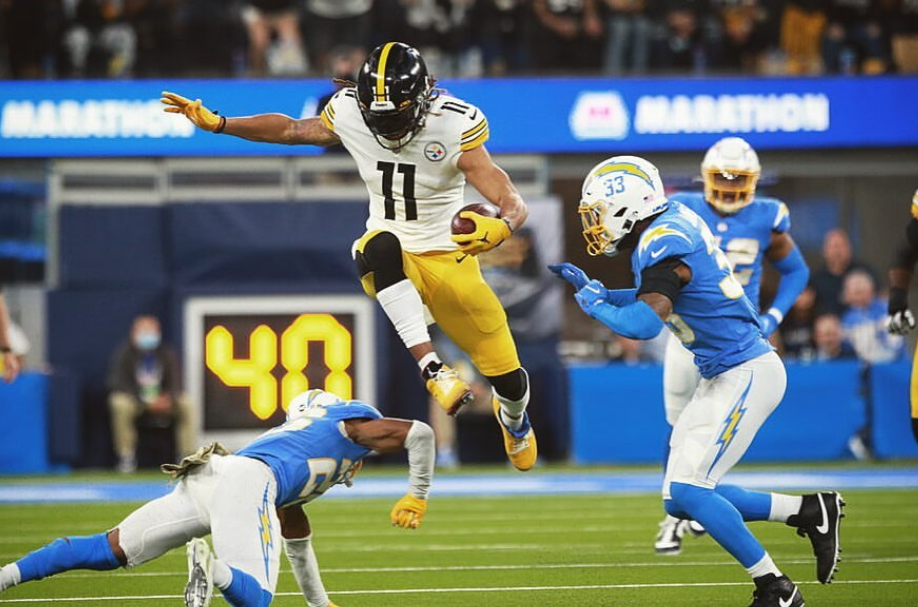 Who is Chase Claypool Girlfriend?

Chase Claypool is not married at the time of writing. But he is not single at present. He is currently having affairs with his beautiful long-term girlfriend, Kennedy Minko. Kennedy posted her last photo with Chase on April 24, around the time the Steelers drafted him. Kennedy and Chase celebrated their one-year anniversary on 4th February 2019. Kennedy was born in Valparaiso, Indiana, and attended Valparaiso High School, where not only did she play in the softball team but was also their captain. Today, the duo is enjoying their present life happily without any disturbances. His sexual orientation is straight and he is not gay. 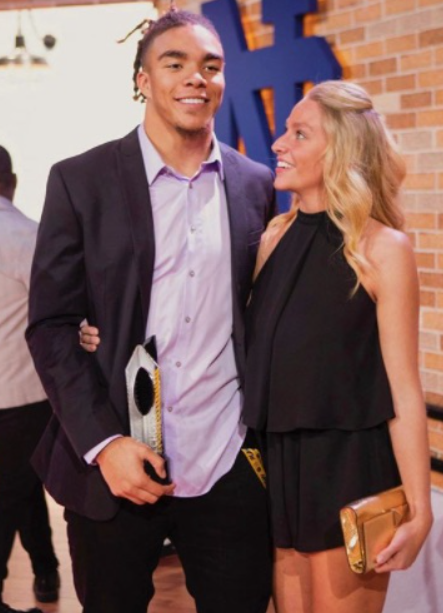 What is Chase Claypool Net Worth and Salary?

What is Chase Claypool Height?

Chase Claypool stands tall at the perfect height of 6 feet 4 inches or 1.93 m with a balanced body weight of 238 lbs or 108 Kg. His body type is athletic. He has a pair of black eyes and his hair color is brown. He frequently does exercise to keep his body fit and fine. Overall, he has got a healthy body with a charming smile.