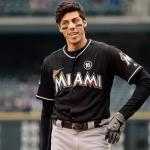 Christian Stephen Yelich, professionally known as Christian Yelich is an American baseball player. He plays as an outfielder. He bats left-handed and throws right-handed. He currently plays for the Milwaukee Brewers of the Major League Baseball (MLB). The Miami Marlins drafted him in the first round with 23rd overall pick in the 2010 MLB Draft. He is one of the four players in Brewers history to win the MLB Most Valuable Player Award.

What is Christian Yelich Famous For?

- One of four Brewers players to win MLB MVP Award. 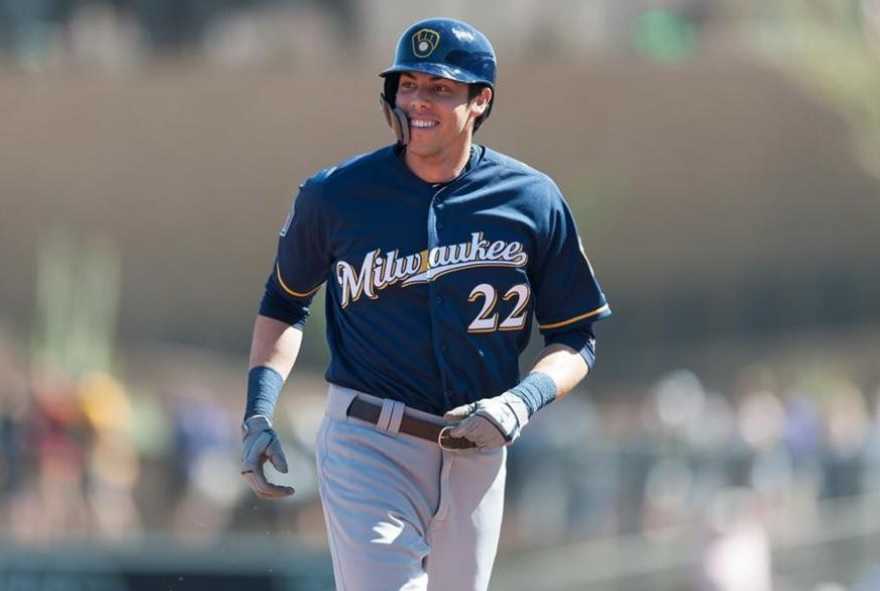 Where was Christian Yelich Born?

Christian Yelich was born on 5 December 1991. His birth name is Christian Stephen Yelich. His birth place is in Thousand Oaks, California in the United States. He holds American nationality. His mother is Alecia Yelich. Information about his father is currently unavailable. His paternal grandfather is of Serbian descent and his maternal grandfather is Japanese. He has 2 siblings, Collin, and Cameron. His zodiac sign is Sagittarius.

Max Preps named him to Second Team All-American and was ranked 34 among the top 100 players in the nation in high school.

The University of Miami offered him a scholarship to play collegiate baseball.

Though he was offered a scholarship to play for the Miami Hurricanes baseball team. He was drafted by the Miami Marlins in the 2010 MLB Draft. The Marlins selected him in the first round with 23rd overall pick.

He played six games for the Gulf Coast League Marlins, where he batted .375 with 7 strikeouts and 9 hits.

He was then advanced to Class-A.

He played six games for the Greensboro Grasshoppers in 2010, where he batted .348.

He was promoted to the major league from the Double-A Jacksonville Suns in July 2013.

He batted .284 with 21 steals out of the leadoff spot for the Miami Marlins.

He was awarded the Gold Glove Award in left field. He became the franchise's youngest ever player and first outfielder to win the Award.

He signed a 7-year contract extension with the Marlins worth $49.57 million in March 2015.

The Marlins traded Yelich to the Milwaukee Brewers for Lewis Brinson, Isan Diaz, Monte Harrison, and Jordan Yamamoto in January 2018.

He hit his first career grand slam against the Washington Nationals in September 2018.

He was second in the league as the National speed number (27.3).

He was named Most Valuable Player of the National League in November 2018.

He became the sixth player in MLB history in March 2019 to hit a home run in each of his team's first four games.

He represented the United States national baseball team in the 2017 World Baseball Classic.

He withdrew from the MLB All-Stars to play at the 2018 MLB Japan All-Star Series.

Who is Christian Yelich Married to?

Christian Yelich is unmarried. However, he has kept his personal life away from the limelight. It is uncertain whether he is single or in a relationship. It can only be assumed that he is single. It will be updated soon.

What are Christian Yelich Body Measurements?

Christian Yelich stands at a height of 1.8 m i.e. 5 feet and 11 inches tall. He has a body weight of 88 kg. He has an athletic body build. He has dark brown eyes and his hair color is also dark brown.

What is Christian Yelich Net Worth?

Christian Yelich earns from his professional baseball career. He was drafted by the Miami Marlins in the 2010 MLB Draft and currently plays for the Milwaukee Brewers. His salary is estimated at $1 million and his net worth is estimated at $13 million.