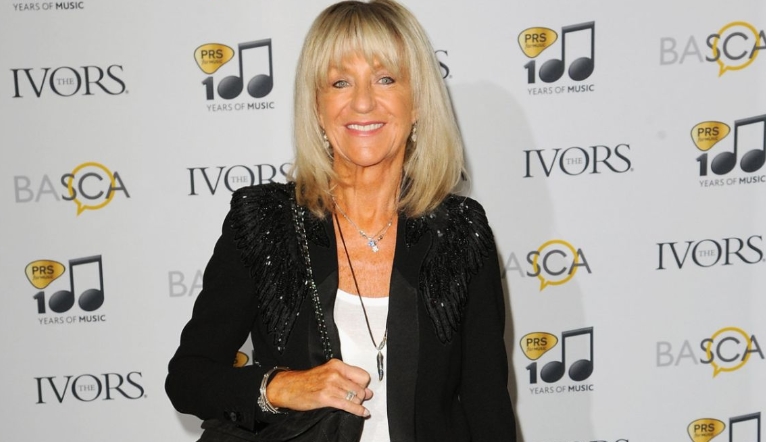 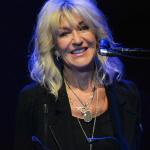 Christine McVie was a British musician and singer who was known as a member of the band Fleetwood Mac, which she joined in 1970, as a singer and the band's keyboardist. She also released three solo albums. Her lyrics focused on love and relationships. Eight songs written or co-written by her, including "Don't Stop", "Everywhere" and "Little Lies", appeared on Fleetwood Mac's 1988 Greatest Hits album. In 1998, she was inducted into the Rock and Roll Hall of Fame as a member of Fleetwood Mac and received the Brit Award for Outstanding Contribution to Music. After almost 30 years with the band, she opted to leave and lived in semi-retirement for nearly 15 years. She released a solo album in 2004. In September 2013, she appeared on stage with Fleetwood Mac at the O2 Arena in London, before rejoining the band in 2014 prior to their On with the Show tour. She was also the recipient of two Grammy Awards. Sadly, she passed away on 30th November 2022 at the age of 79.

What was Christine McVie Known For?

How did Christine McVie of Fleetwood Mac die?

Christine McVie who played with Fleetwood Mac dies at 79 on November 30, 2022 (Wednesday)  following a brief illness, according to a statement posted by her family on her verified Instagram account.

She died peacefully at a hospital in the company of her family, a statement said. The family's statement said, "we would like everyone to keep Christine in their hearts and remember the life of an incredible human being, and revered musician who was loved universally". A statement by the band said of McVie: "We were so lucky to have a life with her. Individually and together, we cherished Christine deeply and are thankful for the amazing memories we have. She will be so very missed." In a post on Instagram, Stevie Nicks wrote: "A few hours ago I was told that my best friend in the whole world since the first day of 1975, had passed away. I didn't even know she was ill... until late Saturday night. I wanted to be in London, I wanted to get to London - but we were told to wait. So, since Saturday, one song has been swirling around my head, over and over and over. I thought I might possibly get to sing it to her, and so, I'm singing it to her now. I always knew I would need these words one day... It's all I can do now."

In a tweet, band co-founder Mick Fleetwood wrote: "This is a day where my dear sweet friend Christine McVie has taken to flight... and left us, earthbound folks, to listen with bated breath to the sounds of that song bird... reminding one and all that love is all around us to reach for and touch in this precious life that is gifted to us. Part of my heart has flown away today...I will miss everything about you Christine McVie." 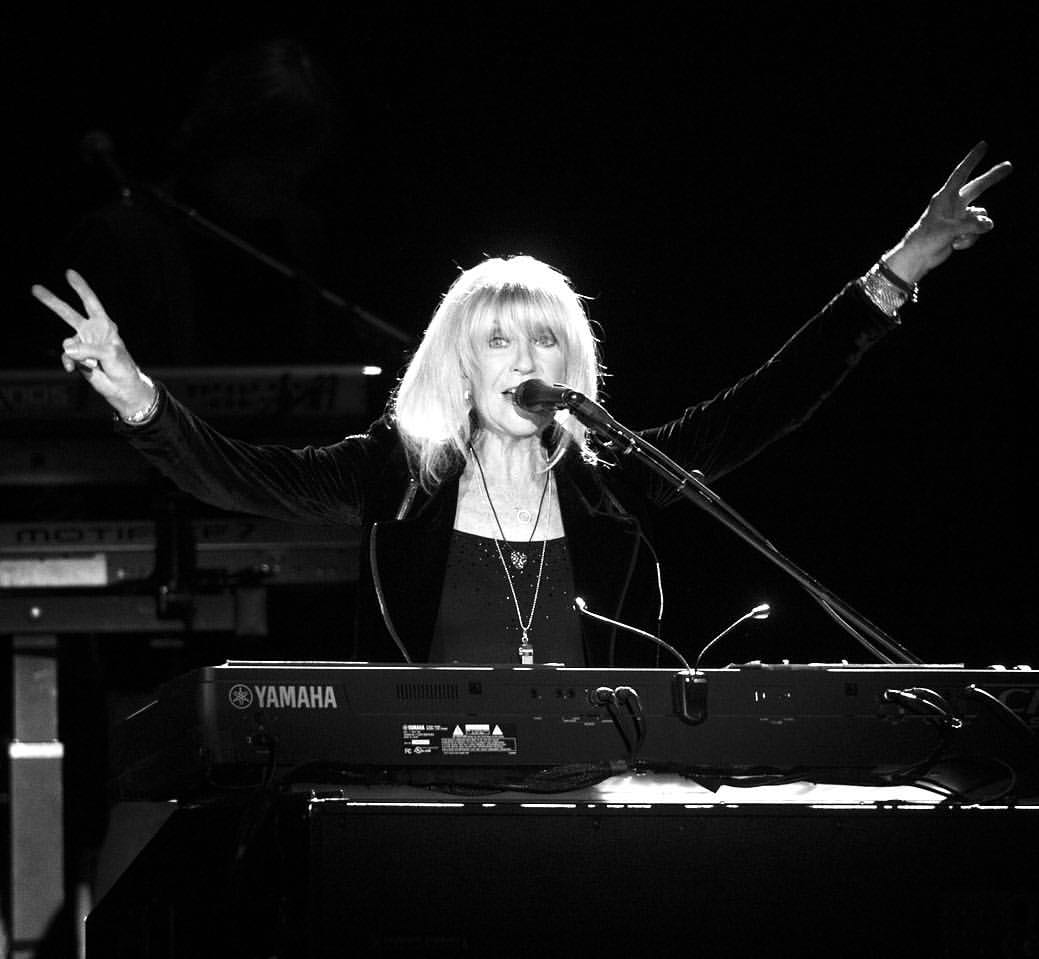 Who are Christine McVie's Family?

Christine McVie was born on July 12, 1943, in Bouth, Lancashire, England. She was raised in the Bearwood area of Smethwick near Birmingham which she regarded as her hometown. She is a loving daughter of Cyril Percy Absell Perfect and Beatrice Edith Maud (Reece) Perfect. Her father was a concert violinist and music lecturer at St Peter's College of Education, Saltley, Birmingham, and taught violin at St Philip's Grammar School, Birmingham. Her mother was a medium, psychic, and faith healer. Christine's granddad was an organist at Westminster Abbey. She is the sister to her brothers, John and Cyril. She held British nationality and belonged to British-White ethnic background. Christine lastly celebrated her 79th birthday on July 12, 2022.

When McVie was four, she was introduced to the piano. She did not study music seriously until the age of 11 when she was reintroduced to it by Philip Fisher, a local musician and school friend of McVie's brother. She continued her classical training until age 15 and shifted her musical focus to rock and roll when her brother came home with a Fats Domino songbook. She also studied sculpture at the Moseley School of Art in Birmingham for five years, with the goal of becoming an art teacher.

How was Christine McVie's Career?

McVie's early music career began after she often sang with Spencer Davis. She did not have enough money to launch herself into the art world due to which she moved to London and worked briefly as a department-store window dresser.

Who was Christine McVie's Husband?

Christine McVie was married three times during her lifetime. Firstly, she married John McVie in 1968. Instead of a honeymoon, they celebrated at a hotel in Birmingham with Joe Cocker, who happened to be staying there. The couple then divorced in 1976 but remained friends. She then had an affair with Fleetwood Mac's lighting engineer, Curry Grant and from 1979 to 1982, she dated Dennis Wilson of the Beach Boys.

Secondly, she married Portuguese keyboardist and songwriter Eddy Quintela on 18 October 1986. The duo also collaborated on a number of songs together, including "Little Lies". They divorced in 2003, and Quintela died in 2020. After then, she lived a solo life with her own terms of living. There are no rumors surfaced with anyone after her divorce from Eddy Quintela. She was single at the time of her death. 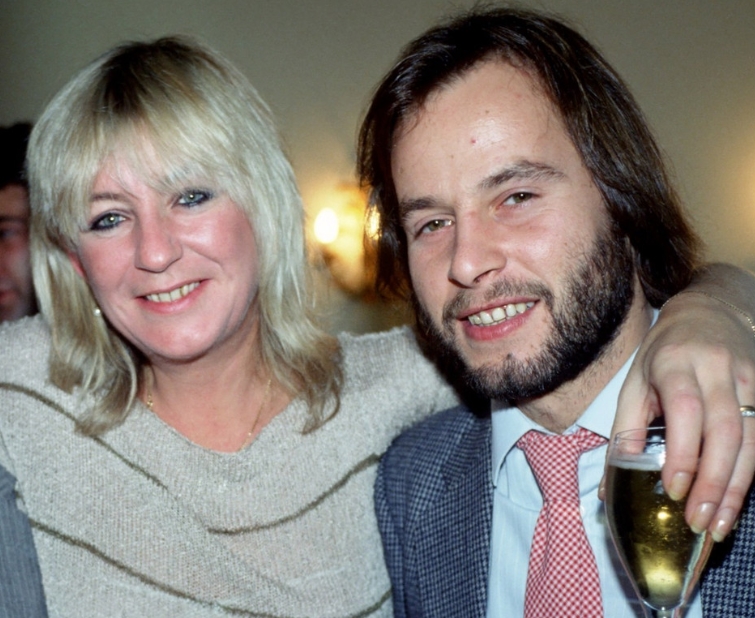 How much was Christine McVie's Net Worth?

Christine McVie was a successful singer worldwide known for being a member of the band Fleetwood Mac. During her career timeline, she released four albums and several singles. From her hardwork and full dedication to the music industry, she had been able to make a net worth of $105 Million. Her primary source of wealth was the music industry and she lived a lavish lifestyle.

Without a doubt, she was making her annual salary in millions of dollars. During the height of Fleetwood Mac's success in the 1970s, she resided in Los Angeles in a house that had previously been owned by Joan Collins and Elton John. In 1990, she moved to a Grade II-listed Tudor manor house in Wickhambreaux, near Canterbury in Kent, to which she retired after leaving Fleetwood Mac in 1998, and worked on her solo material. She then spent more time in London and put the house on the market in 2015.

How tall was Christine McVie?

Christine McVie was a gorgeous singer with a standing height of 5 feet 9 inches or 1.75 m. She had a body weight that consisted of 65 Kg or 143 lbs. Her body measurement was 33-25-34 inches. Her well-maintained body type was slim. The musician had a beautiful pair of attractive blue eyes whereas her hair color was blonde.

Trivias About Christine McVie You Need To Know.

Where was Christine McVie born?

Who is the father of Christine McVie?

The father of Christine McVie is Cyril Percy Absell Perfect.

Who is the mother of Christine McVie?

What is the net worth of Christine McVie?

The net worth of Christine McVie is $105 Million.

What is the salary of Christine McVie?

The salary of Christine McVie is Million of Dollar.

What is the color of Christine McVie's eye?

What is the color of Christine McVie's hair?