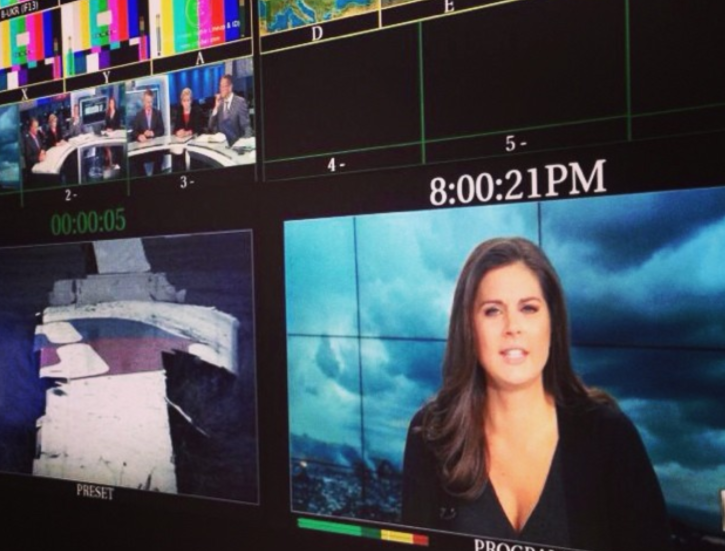 Erin Burnett is an American news anchor, Currently, she is anchoring her own show 'Erin Burnett OutFront' on CNN television. Previously, she has worked on CNBC's shows 'Squawk on the street' as a co-anchor and ' Street Sign as a host'. She has appeared on many shows like NBC'S Meet the press Today and Nightly News, MSNBC's Morning Joe. Making Occasional appearance on the show " The Celebrity Apprentice" she has served as an advisor to Donald Trump.

Who is Erin Burnett?

Erin Burnett was born in Mardela Springs, Maryland, the USA on July 2, 1976, from the father Kenneth King Burnett and mother Esther Margaret. She has started her schooling from the school at St Andrew's School. She has graduated from the co-educational college in Middletown, Delaware in 1994. She studied political science and economics from the collage William College in Williamstown, Massachusetts, and got a bachelor's degree in Arts and political economy.

Burnett started her career as a financial analyst for Goldman Sachs. She was offered a position at CNN as a writer and booker for CNN'S ' Moneyline 'while working as an Investment-banking analyst. She refused that position to work in Citigroup as a vice president. From 2005 to 2011 she was worked as a Stock Editor and anchor for the television Bloomberg Television. She has investigated and presented the chemical giant Transammonia report on December 7, 2010. In the report, she revealed the owned subsidiary of Transammonia in the US purchased ammonia from Iran. As a result, the company had to send a press release to congressional leaders stating Transammonia's Swiss subsidiary would not continue their contract with Iran. She was nominated for an Emmy award for her investigation report on the ammonia case. On October 3, 2011, she joined CNN with her own show " Burnett OutFront " after leaving her job in CNBC.

Erin Burnett Salary and Net Worth

Erin Burnett has hosted her show "Erin Burnett OutFront " live from the border of  Rwanda, the United Arab Emirates Afghanistan, Mal, Israel, India, and Pakistan. She has worked on no documentaries filmed inside many countries like Libya, the Democratic Republic of the Congo, Russia Jordan, India, Nigeria, and the United Arab Emirates. He worked on these documentaries for NBC she was dubbed as "The International Superstar". Mainly she has focused on reporting in middle eastern countries in her Career.

An American News Anchor (CNN HOst) Erin Burnett has an annual salary at CNN is $6 million dollars and the net worth she has is $16 million.