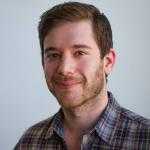 Ac American entrepreneur Colin Kroll was one of the established entrepreneurs in the silicon valley. He was the co-founder of video application Vine and HQ Trivia. He was also the CEO of HQ Trivia. His Vine was purchased by Twitter for $30 million. HQ Trivia climbed to the top of Apple's free game app chart in 2018.

Previously, he worked as an engineering manager at Yahoo from 2007 to 2009. He also worked at Jetsetter as chief technology officer from 2009 to 2013.

He was found dead in his apartment in New York City on 16 December 2018. He died reportedly of a drug overdose.

Initial investigations reported drug overdose as his cause of death.

Following his sudden demise, his partner and co-founder Rus Yusupov expressed his condolences via Twitter, "So sad to hear about the passing of my friend and co-founder Colin Kroll. My thoughts & prayers go out to his loved ones. I will forever remember him for his kind soul and big heart. He made the and internet a better place. Rest in peace, brother."

Colin Kroll was born in 1984. He was He graduated in Computer Science from Oakland University. No other detail information about early life is currently available.

In 2006, he started working as a software engineer at Right Media.

In 2007, he started working at Yahoo as an engineering manager, as Yahoo acquired Right Media. He left Yahoo in 2009.

In 2009, he then worked at Jetsetter as chief technology officer. He left Jetsetter in 2013.

He and his partner, Rus Yusupov founded video application Vine in June 2012. Vine is a video sharing application for smartphones.

He served as a General Manager of Vine.

HQ Trivia was released for Android in December 2017.

Colin Kroll kept his personal life out of the spotlight. He was in a relationship. The identity of his girlfriend is not available yet.

Net Worth of Colin Kroll

Colin Kroll was a successful entrepreneur in the silicon valley. His video app Vine, founded with Rus Yusupov, was reportedly purchased by Twitter for $30 million. His another Trivia game app was placed in Apple's free game top chart in 2018. His net worth was estimated at around $36 million.