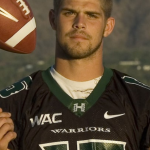 Colt Brennan was an American footballer whose playing position was the quarterback. He played college football for the Hawaii Rainbow Warriors, where he was a two-time, third-team All-American before being selected by the Washington Redskins of the National Football League (NFL) in the sixth round of the 2008 NFL Draft. He appeared in his first NFL exhibition game in the 2008 Hall of Fame Game against the Indianapolis Colts on August 3. On August 7, 2010, Brennan signed with the Oakland Raiders. On June 3, 2011, Brennan signed with the Hartford Colonials in the United Football League for the 2011 season. On February 28, 2012, Brennan signed with the Saskatchewan Roughriders of the Canadian Football League. On October 29, 2013, Brennan was assigned to the Los Angeles Kiss of the Arena Football League. Later, he was cut by the Kiss on March 8, 2014, after being diagnosed with a brain injury resulting from a 2010 car crash.

On 10th May 2021, Colt Brennan was found unconscious in a hotel room after ingesting fentanyl. He was hospitalized in Newport Beach, California, and died the following day, at age 37. He had attempted to enter a detox center hours before ingesting fentanyl but was turned away because there were no open beds available. The quarterback allegedly struggled with a drink and drug addiction for several years.

Why was Colt Brennan Famous For? 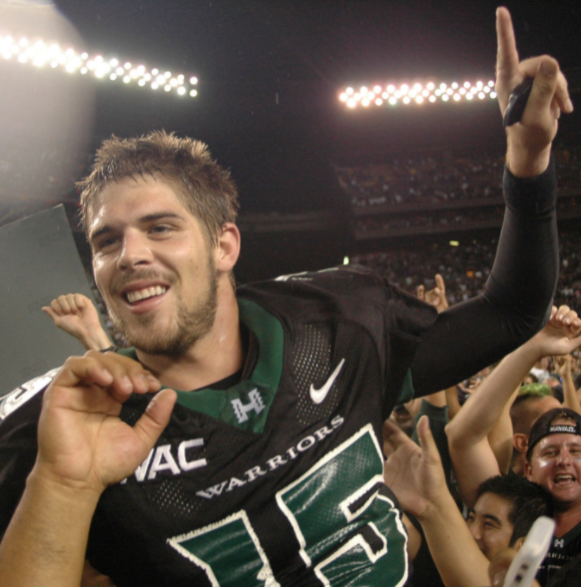 Who are the Parents of Colt Brennan?

Colt Brennan was born on 16th August 1983. His place of birth was Laguna Beach, California, USA. His birth name is Colton James Brennan. He held American nationality and his ethnic background was American-White. His race was White. Leo was his Zodiac sign and his religion was Christian. About his parents, he was born to his father, Terry Brennan, and his mother, Betsy Brennan. His cousin Brent Brennan is a college football coach who has been the head coach at San Jose State since 2017. Additionally, he had two siblings with whom he grew up. He lastly celebrated his 37th birthday.

About his education, Colt Brennan attended Mater Dei High School in California, the USA. He helped Mater Dei advance to the league championship in basketball as a senior. After graduating from Mater Dei, he attended Worcester Academy in Massachusetts for a postgraduate year, where his primary receiver was David Ball, who later would break Jerry Rice's college record for touchdown receptions in Division I-AA. After then, he attended the University of Colorado, Saddleback College, and the University of Hawaii. On 16th December 2007, he received his Bachelor of Arts in communications and a 27-second standing ovation. He was a communication major. 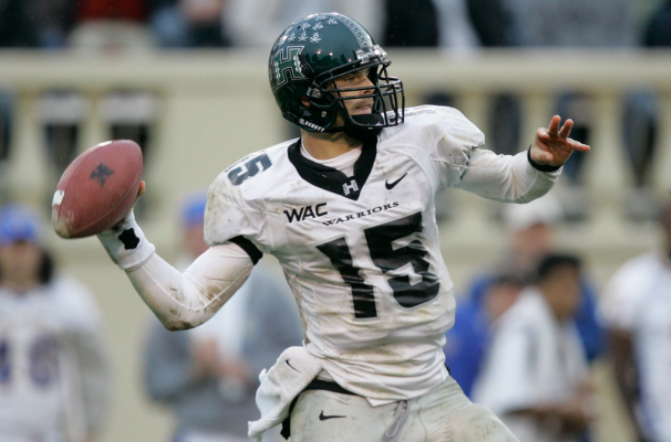 Who was Colt Brennan married to?

Colt Brennan's marital status is unknown at present as he had never revealed anything about it to the media. He was a very private and secretive man. There is also no news and rumors about his wife, girlfriend, and other rumors about him. Thus, it can be assumed that he was single at the time of his death. Back then, he was in a relationship with a girl named Shakti Stream. His sexual orientation was straight.

How much was Colt Brennan Net Worth?

Colt Brennan was a retired NFL player whose net worth was estimated to have $1.8 Million as of 2021. After his retirement, there is no details about his new job and profession. According to Spotrac, he signed a four-year $1.8 million contract with the Washington Redskins on July 14, 2008. This contract made him earn an average salary of $450, 450. He did not have any endorsement deals. However, he was largely sponsored by the football teams he played for. His source of wealth was from his NFL career prior to his death.

How tall was Colt Brennan?

Colt Brennan was a very cool man. He had a tall height of 6 ft 3 in and his weight consisted of 215 lbs or 98 KG. His body type was muscular. He had blonde hair colored and her eye color was blue. His other body measurements is unavailable at a moment. On 29th November 2010, he was hospitalized and listed in serious condition after he was a passenger in a car crash on the Big Island of Hawai'i. The accident left him with a traumatic brain injury, broken ribs, and collar bone, which according to his family affected him emotionally in the following years. He was released from Queen's Medical Center on November 27, 2010, and headed to his parent's home in Southern California to continue his recovery. He described his injuries in 2014: All I know is I woke up, six, seven days later, [...] and I was-and I still am-a a different person. I suffered a minor TBI-traumatic brain injury. I just have a small scar, you know, on my brain, but it's in an area that makes you impulsive and emotional. I've had to learn how to control that.

Trivias About Colt Brennan You Need To Know.