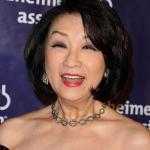 Constance Yu-Hwa Chung professionally known as Connie Chung is a reputed, experienced, and popular American journalist. The 72-year old journalist has been anchor and reporter for the U.S. television news networks like NBC, CBS, ABC, CNN, and MSNBC. She became only the second female to co-anchor a network newscast as part of CBS Evening News. Her parents moved to the United States and less than a year, Chung was born.

The 72-year old TV anchor Connie Chung has revealed in a Washington Post op-ed as an open letter to Christine Blasey Ford that she was also sexually assaulted by her family doctor during her 20s. Christine Blasey Ford has accused Supreme Court nominee Brett Kavanaugh of sexual assault during high school, which the judge is denying time and again. Chung has encouraged and praised Christine stepping forward, to tell the truth, and fight for justice.
Connie Chung explained she had actually no idea what had really happened to her, and how to react to the incident at the time. She said it happened around 50 years ago during her college time. However, she could not remember the exact date and year but she could never erase the incident from her memory. She explained her doctor had a home office and she went there to ask for birth-control pills, an IUD or a diaphragm. She further explained that the doctor drew the curtain, asking her to remove her clothes below the waist. She thought it was for examinations. But, the doctor massaged her clitoris with his right index finger and inserted a right middle finger into her vagina. He asked her to breathe and assured it was fine. According to her letter, she had her orgasm for the first time. Then, she dressed quickly and drove home.
Chung is not sure that she might have told one of her sisters about the incident, but not to her parents or any authorities. She was clueless and buried the incident in her mind in order to protect her family.

Chung was born on 20 August 1946 in Washington D.C., United States. She has nine siblings and she is the youngest daughter. Her father was an intelligence officer in the Chinese Nationalist Government and five of her siblings died during wartime. Her family immigrated from China to the United States. Chung attended Montgomery Blair High School in Silver Spring, Maryland. After high school, Chung graduated in journalism from the University of Maryland, College Park in 1969.

In the early 1970s, during the Watergate political scandal, Chung was a Washington-based correspondent for the CBS Evening News with Walter Cronkite. She then anchored evening newscasts for KNXT (now KCBS-TV) and CBS Newsbreak for West Coast stations.
In 1989, Chung hosted Saturday Night with Connie Chung and CBS Sunday Evening News. She became the second woman after Barbara Walters to co-anchor a major network's national news weekday broadcast on 1 June 1993. Chung joined ABC News and began independent interviews.
Chung's interview with Kathleen Gingrich, mother of Republican politician Newt Gingrich on 5 January 1995 about First Lady Hillary Clinton drew some ferocious criticism toward her. Chung's another interview with Oklahoma City Fire Department spokesman about Oklahoma City bombing in April 1995 cost her co-anchor post of CBS Evening News. She joined ABC News in 1997.
Chung show on CNN entitled Connie Chung Tonight was canceled during the 2003 Iraq War. CNN founder Ted Turner called the show "just awful".
Chung and Maury Povich show titled Weekends with Maury and Connie on MSNBC started in January 2006. The show did not gain much popularity to the viewers and it was later canceled and aired its final episode on 17 June 2006. Chung sang a parody to the tune of "Thanks for the Memory" during its last episode.
Chung's interview with tennis player Martina Navratilova about U.S. political system, with Oklahoma City Fire Department spokesman about Oklahoma City bombing, with Kathleen Gingrich about then-First Lady Hillary Clinton, and with basketball legend Magic Johnson after going public about being HIV-Positive, with Claus von Bulow and U.S. Representative Gary Condit about Chandra Levy disappearance were some of the famous interviews she took.

Connie Chung married to a talk show host, Maury Povich in 1984. Her husband is a talk show host. In the early 90s, Chung announced that she was reducing her work-loads in the hopes of getting pregnant. It did not work out as they anticipated. On 20 June 1995, they adopted a son named Matthew Jay Povich.
They first met while working in the news department at WTTG-TV in Washington. They dated together for years. Previously, Povich was married to Phyllis Minkoff and has two daughters named Susan Anne and Amy Joyce Povich. They divorced in 1979.

Connie Chung has earned her wealth as a news anchor for several networks like NBC, CBS, CNN, MSNBC, and ABC. Moving from one news network to another, she has earned fortune throughout her career. As of 2018, the net worth of the 72-year old journalist, Chung is estimated at $25 million. In 2002, the news anchor earned over $2 million in a single year.

Trivias About Connie Chung You Need To Know.