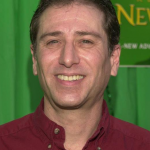 Corey Burton is an American voice actor who is well known for providing the voice for popular Disney characters also the character of Captain Hook, Ludwig Von Drake, Dale. Having started his career initially voice-acting for Disney under the name Corey Weinman at the age of 17, Corey established himself as a popular voice-actor

He also voiced multiple characters in the 1992 Disney film, "Aladdin". His other popular roles include Hugo Strange in "Batman: Arkham City" and also as; Count Dooku and Cad Bane in Star Wars.

Apart, his imitation of the late voice actor Paul Frees as the Ghost Host in Disneyland's Haunted Mansion Holiday is quite popular among his fans. Also, he isn't active on social media and holds no account at all.

What is Corey Burton famous for?

Where was Corey Burton born?

Corey Burton was born on August 3, 1955, in Granada Hills, California, United States. His birth name is Corey Gregg Weinberg. His nationality is American. Burton belongs to the White ethnicity while Leo is his zodiac sign.

Born and raised in the Granada Hills neighborhood of Los Angeles, Burton had a huge interest in movies and cinema and he started to imitate several actors from a young age. He was just in his teens when he began his career with an imitation performance of voice actor Hans Conried for Disney.

Interested in voice acting he later got enrolled to study radio acting for four years alongside Daws Butler.

Corey Burton's personal life seems to be more private as there's has been no information whether he is married or he is dating or divorced. As for now, he has a shy demeanor personality and lives with Asperger syndrome which makes it difficult for him to socially interact.

Corey Burton has quite good earnings from his profession as a voice artist. Having his career started with an imitation, Burton has managed to come a long way up voicing over 200+ characters in his long carer run of over 50 years becoming one of the prominent voice-actors in Hollywood.

With his earnings from his several voiced characters on several shows, movies, and animations, he has managed to amass a healthy fortune estimated to be around $1.5 million.

Corey Burton is a good-looking man with a healthy average body physique in his 60s. He stands tall with a height of 5ft. 6inches.(1.68m) while his body weighs around 62kg(136 lbs). He has a fair complexion with black hair and a pair of brown eyes.