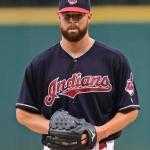 Corey Scott Kluber, popularly known as Corey Kluber of Klubot is an American professional baseball pitcher. He plays for the Cleveland Indians of Major League Baseball (MLB). He made his MLB debut in 2011. He is known for his stoicism while on the mound. He throws five pitches, a four-seam fastball, a sinker with a two-seam fastball grip, a cutter, a breaking ball, and a changeup. He is a three-time MLB All-Star and two-time winner of the Cy Young Award in the American League (AL). He played high school baseball for Coppell High School in Coppell, Texas and college baseball for Stetson University in DeLand, Florida.

The two-time Cy Young Award winner Corey Kluber suffered another injury while facing the Miami Marlins on Wednesday night. The Cleveland Indians pitcher was hit by Brian Anderson's liner in the fifth inning. The struggling Indians loss 4-2 to the Marlins. Updates about his injury would be re-evaluated on Thursday. The 33-years Kluber is a three-time All-Star. Nicknamed as Klubot, he has led the major leagues in ERA in 2017 and led Al in wins twice. 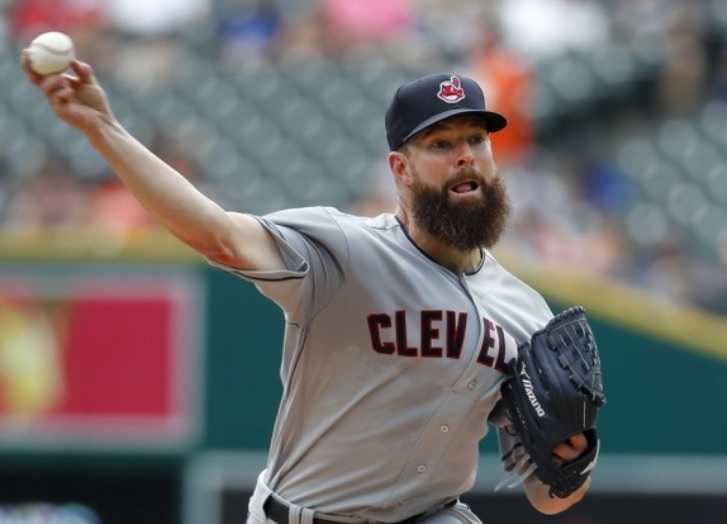 What is Corey Kluber Famous For?

- One of 20 pitchers in major league history to strike out at least 18 batters in a nine-inning game.

Where was Corey Kluber Born?

Corey Kluber was born on 10 April 1986. His birth name is Corey Scott Kluber. His birth place is in Birmingham, Alabama in the United States. He holds American nationality.

He attended Coppell High School in Coppell, Texas. He went unselected in the 2004 MLB draft due to his elbow injury.

He drew notice from coaches at Stetson University when he pitched at the World Wood Bat Championships in Jupiter, Florida. He then attended Stetson University. He played college baseball for the Stetson Hatters baseball team in the Atlantic Sun Conference.

The San Diego Padres selected Kluber in the fourth round of the 2007 MLB draft. He signed with the Padres and received a $200,000 signing bonus.

He played for the Fort Wayne Wizards of the Class A Midwest League in 2008.

He was named the Midwest League Pitcher of the Week.

He then played for the Lake Elsinore Storm of the Class A-Advanced California League in 2009.

He was named the California League Pitcher of the Week.

He pitched 6-6 win-loss record with a 3.45 ERA with the Missions and led the Texas League in strikeouts.

The Padres traded Kluber to the Cleveland Indians in July 2010.

The Indians assigned Kluber to the Akron Aeros of the Class AA Eastern League.

He played for the Columbus Clippers of the Class AAA International League in 2011. He pitched to a 7-11 win-loss record and a 5.56 ERA.

He became the first pitcher to strike out 14 batters in consecutive starts in September 2013 since Randy Johnson in 2004.

His 18 wins were tied with Max Scherzer and Jered Weaver for the most in the American League (AL). His ERA was the third best in the league. He also led the AL in fielding-independent pitching.

He won the AL Cy Young Award in 2014 becoming the fourth Indians player to win the award. He also became the lowest-drafted player (134th overall) since Bret Saberhagen in 1989 (480th) to win the award.

He signed a guaranteed five-year extension with an additional two option years, for a team-friendly $3.85 million in April 2015.

He was named to 2016 American League All-Star team.

He finished 3rd in the 2016 AL Cy Young Award. He was named as the AL Sporting News Starting Pitcher of the Year.

He was selected to the American Leauge team in the 2017 All-Star Game.

At the end of 2017 season, he won his second Cy Young Award for the second time.

Atlantic Sun Conference Pitcher of the Year in 2007.

Inducted into the Stetson Athletics Hall of Fame in November 2014.

Inducted into the Atlantic Conference Hall of Fame in 2015.

The Sporting News American League Starting Pitcher of the Year in 2016.

Who is Corey Kluber Married to?

Corey Kluber is a married man. He is married to Amanda Lorraine Hill. The couple tied a knot to each other on 10 October 2010. The couple has 3 children together, Kendall, Kennedy, and Camden.

What are Corey Kluber Body Measurements?

Corey Kluber stands at a height of 1.93 m i.e. 6 feet and 4 inches tall. He has a body weight of 215 lbs i.e. 98 kg. He has an average body build. Still an active player, he has maintained his body well. He has brown eyes and his hair color is dark brown.

What is Corey Kluber Net Worth?

Corey Kluber earns playing professional baseball. He is the two-times Cy Young Award winner. His income comes from his salary, contracts, bonuses, and endorsements (if any). His reported salary in $4 million. As of 2019, his net worth is estimated at $12 million.

Trivias About Corey Kluber You Need To Know.