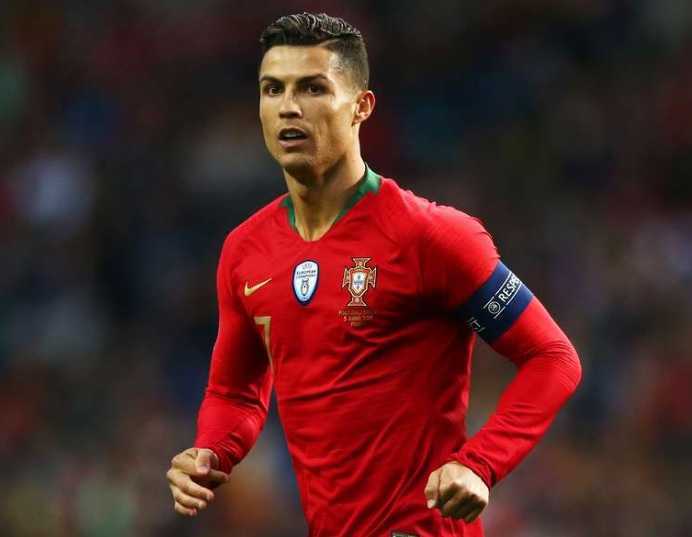 Portuguese and Juventus star Cristiano Ronaldo is undoubtedly one of the best footballers in the world, alongside Lionel Messi. Ronaldo and Messi's fans never tire debating who is the real G.O.A.T. Cristiano Ronaldo started his football career at Sporting CP. He rose to stardom when he joined Manchester United in 2003, where he won 3 Premier League titles, 1 UEFA Champions League, 1 FIFA Club World Cup, 1 FA Cup, and two Football League Cups, and 1 FA Community. Having joined the Spanish club, Real Madrid in a then-world record transfer fee in 2009, he helped the club to win two La Liga titles, 4 Champions League titles, 3 FIFA Club World Cups, 2 Copa del Rey titles, 2 Supercopa de Espana titles, and 2 UEFA Super Cups. He then joined the Italian giants, Juventus for 100 million euros in 2018. With Juventus, Ronaldo has already won two Serie A titles and a Supercoppa Italiana. He is the highest goalscorer in the history of football with 750 senior goals.

The recipient of 5 Ballon d'Or, Ronaldo is one of the most successful athletes in history. It is always a concern for Ronaldo fans to learn about his professional as well as personal life. Ronaldo is popular not only on-the-pitch but off-the-pitch as well. Ronaldo, who is currently in a serious relationship with Argentina-born Spanish model, Georgina, have had a fair share of affairs and flings with high profile celebrities across the world from Kim Kardashian, Irina Shayk, and Paris Hilton to Georgina Rodriguez. Besides, his relationship headlines, he faced legal issues including a sexual assault accusation and tax evasion. This article shed light on Cristiano Ronaldo's dating history. 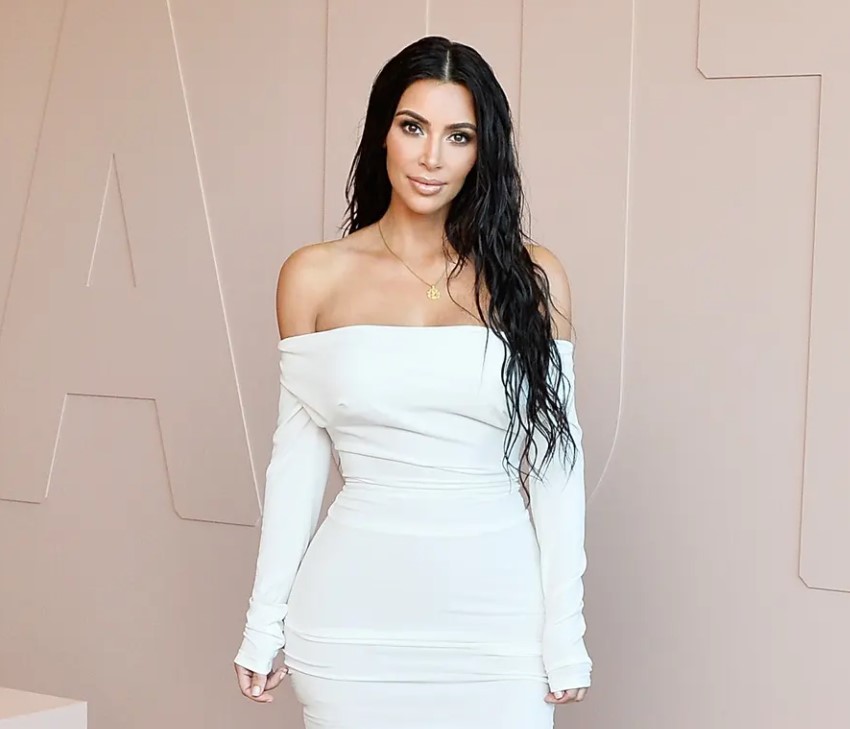 Kim Kardashian is an American media personality, socialite, model, businesswoman, producer, and actress who stars in the Keeping Up With The Kardashians along with her family members. Kim's fling with Cristiano Ronaldo was a big headline in 2010. Though there was no official confirmation about their affair, it is believed they had a short-lived romance in 2010. Kim later married Kris Humphries in 2011 but ended in divorce in 2013. She married Kanye West in 2014. It was reported in early 2021 that the couple has filed for divorce. 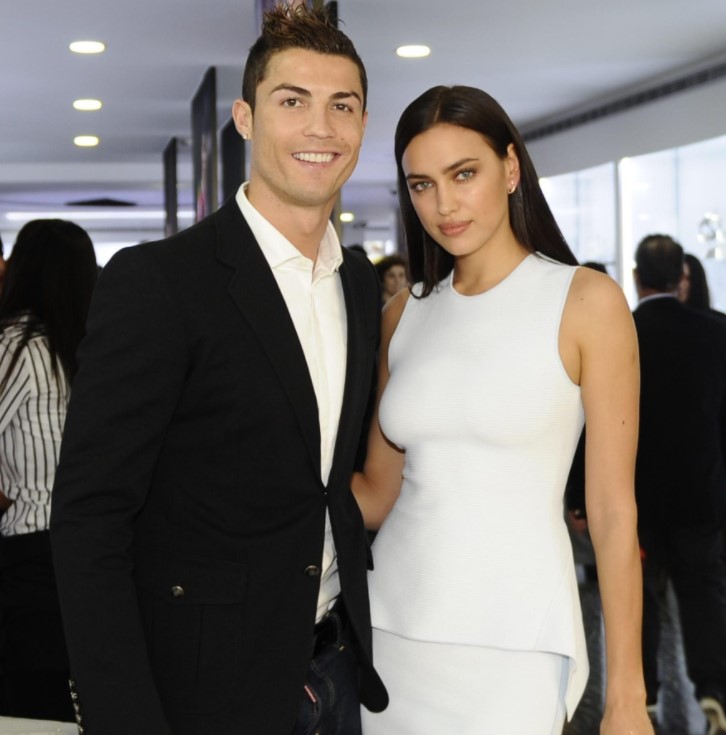 Cristiano Ronaldo had a five-year relationship with Russian supermodel, Irina Shayk. They started dating in 2010 after they met in 2009. It was Ronaldo's only official relationship. They dated for five years before they split in 2015. Shayk then dated Hollywood-actor, Bradley Cooper. Shayk who shares a daughter, Lea De Seine with Cooper split in 2019. 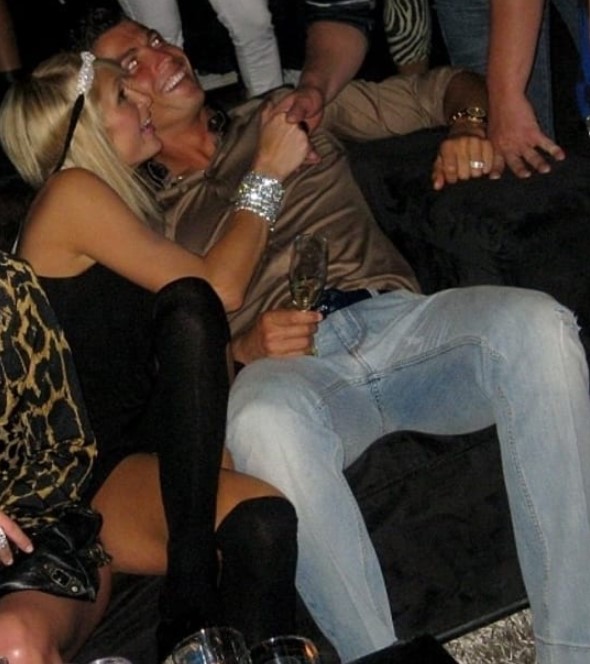 American socialite, Paris Hilton is another A-list celebrity linked with Cristiano Ronaldo. They officially never dated but were an item at some point. The tabloids made them headlines in 2009 when there were seen hanging out together a number of times. 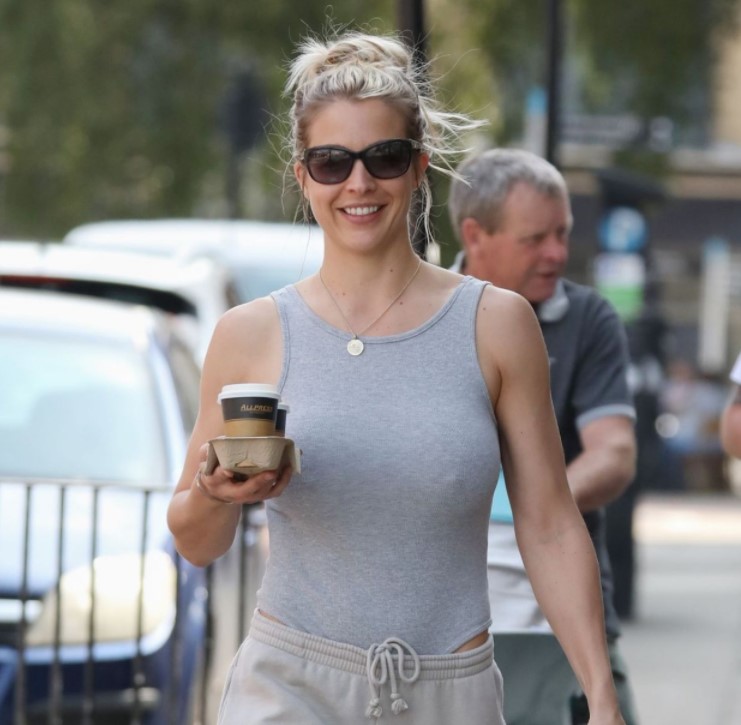 Back in 2007, Cristiano Ronaldo and Gemma Atkinson were an item. The two reportedly had several date nights. They were a fling for about four months that led to nowhere. Atkinson is currently dating DWTS dancer, Gorka Marquez. They share a daughter, Mia, born in 2019. 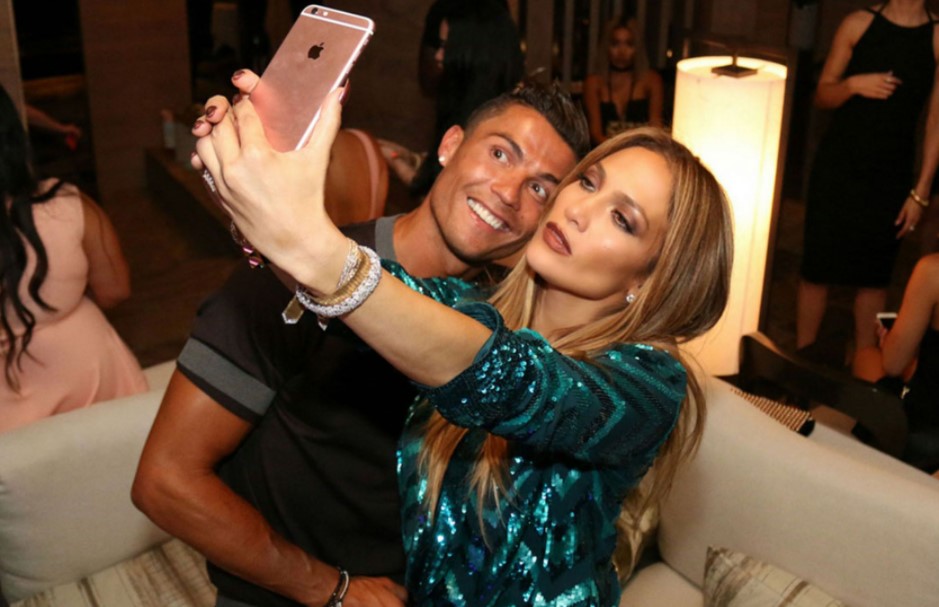 Jennifer Lopez is another high-profile celebrity name who was linked with Cristiano Ronaldo. The two met at Lopez's cousin's birthday party, where Ronaldo was a guest. Since then, the two have partied together a couple of times. They certainly did not date seriously but made the headlines at the time. 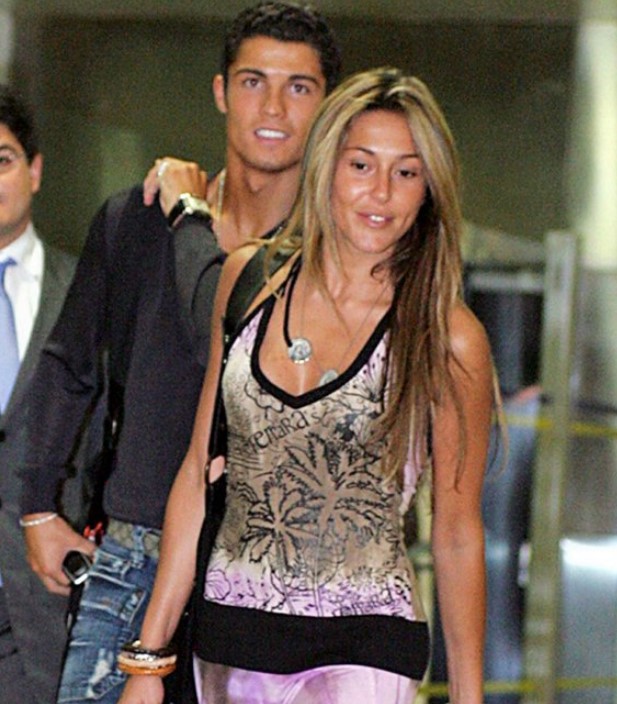 Merche Romero dated Cristiano Ronaldo for a year somewhere between 2005 and 2006. Romero who is a Portuguese model and television presenter split with Ronaldo due to their long-distance relationship. Ronaldo was playing for Manchester United at the time. 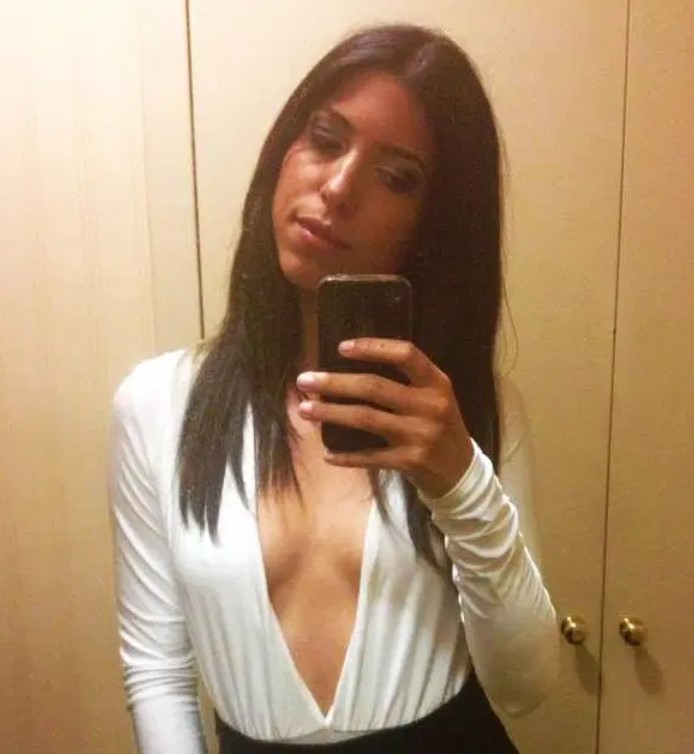 It was in the early 2000s before Ronaldo started gaining name and fame through his professional career, he was linked with the Portugues model, Karina Ferro. They were spotted together on a beach. Whether they ever dated each other or not, their affair was short-lived. 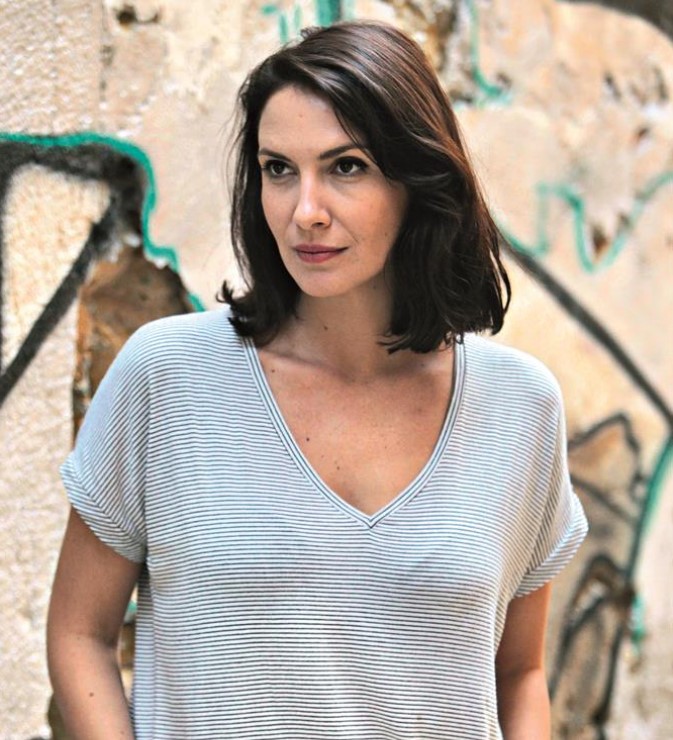 Cristiano Ronaldo was making his name on the pitch in Manchester United, he was also making headlines off the pitch for his rumored affair with Portuguese actress, Soraia Chaves. They dated sometime in 2006. It is not know how long they dated, but it can be assumed that their relationship did not last long either. 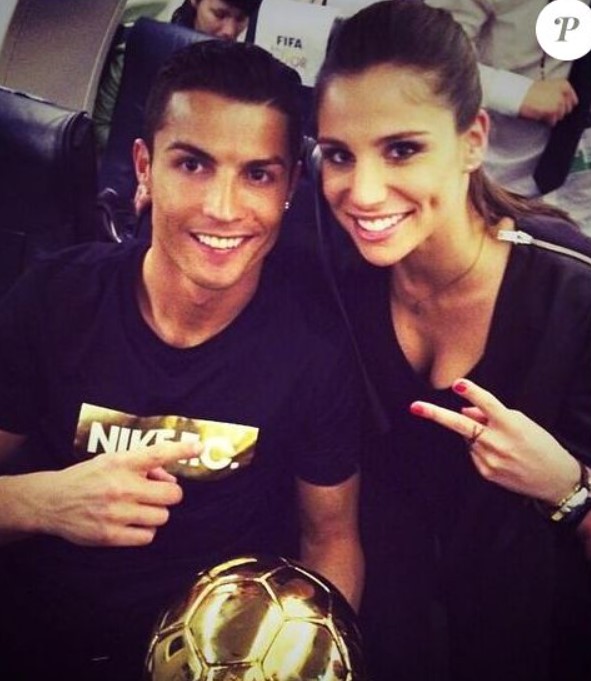 The Spanish TV presenter Lucia Villalon is often dubbed as Ronaldo's rebound girl following his 5-year relationship with Russian model and actress, Irina Shayk. There is no official confirmation about their affair, but whatever it is, it did not last long enough. Villalon soon started dating Javier Hernandez "Chicarito". 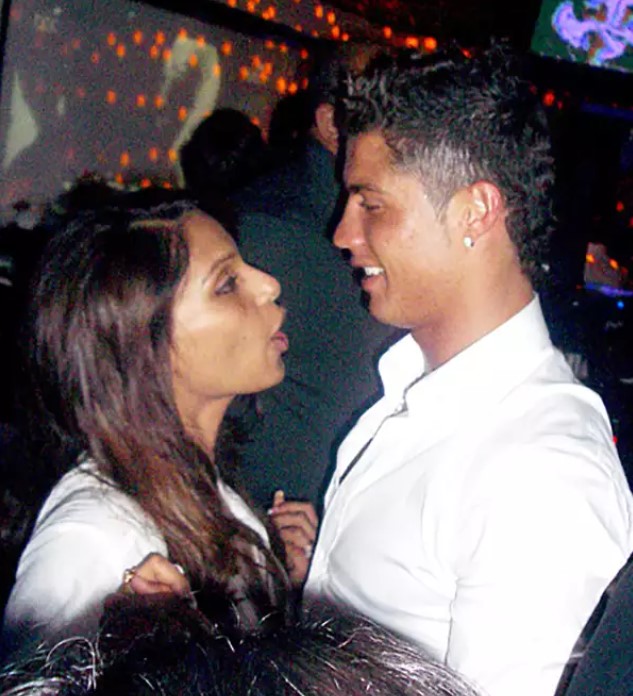 Bipasha Basu is one of the popular Indian actresses. While Ronaldo was playing for Manchester, Ronaldo was spotted kissing the Bollywood actress. It can only be assumed that they had a short-lived fling that went nowhere. 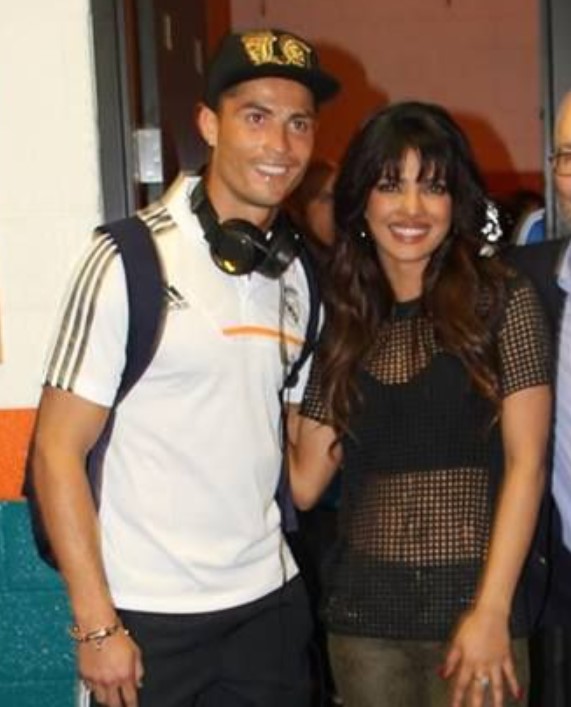 Priyanka Chopra is another Bollywood actress who was linked with the Portuguese star, Cristiano Ronaldo. Chopra who comes from the Bollywood industry has successfully made her entry to Hollywood. The two met in the United States and were spotted together, sparking their affair rumors. Chopra is with Jonas Brothers, Nick, married in 2018. 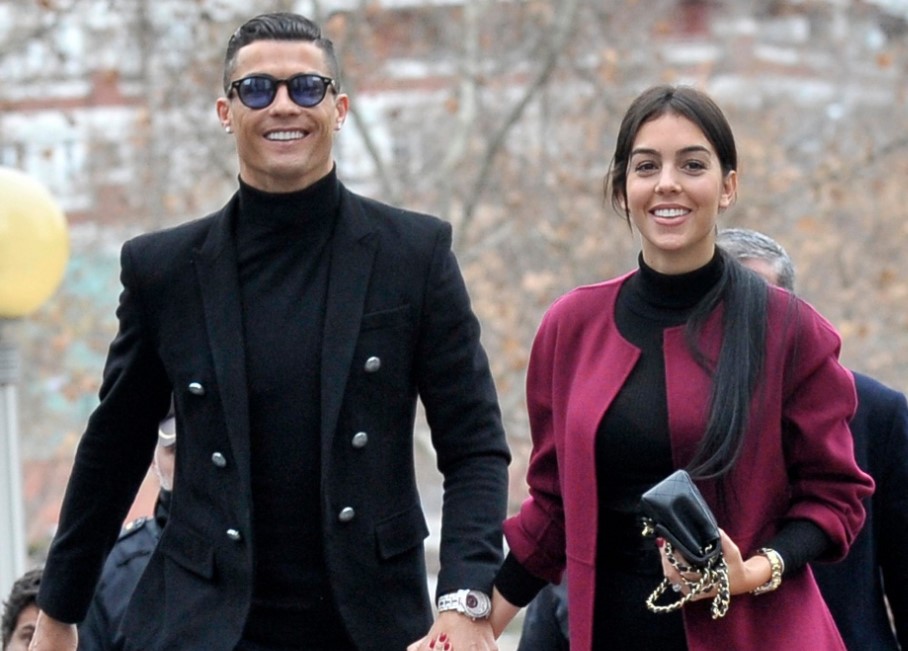 Despite all affair rumors Cristiano Ronaldo had over the years, he had a serious relationship with Irina Shayk only, which lasted for 5 years. Following their break-up, Ronaldo was linked with other A-list celebrities. However, Ronaldo fell in love with the Argentina-born Spanish model, Georgina Rodriguez. When they first met in 2016, Rodriguez was working as a shop assistant/sales representative at a fashion house, Gucci. It was like a love-at-first-sight for them. The two soon hit it off and are now in head over heels with each other. Rodriguez shares a daughter, Alana Martina with Ronaldo. 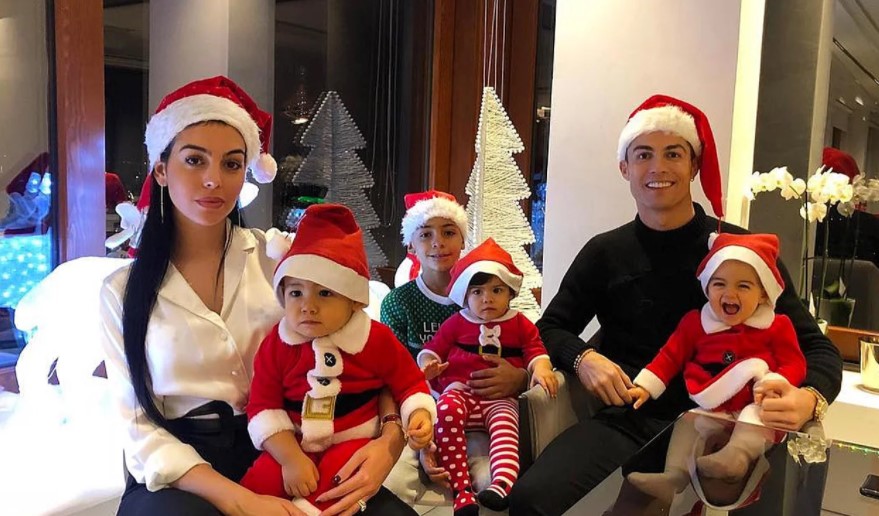 Above mentioned celebrities are not all Cristiano Ronaldo was romantically involved in. There are several other celebrities Ronaldo's name was linked with. Some of the other women Ronaldo made headlines with are Desiree Cordero, Elisa De Panicis, Nereida Gallardo, Cara Delevingne, Chloe Green, Jasmine Lennard, Mirella Grisales, Melanie Martins, Imogen Thomas, Jordana Jardel, among others Luana Belletti. He had a fling with some of them and a short-lived affair with others. Most of them might just be a casual encounter. It does not matter now, because he is in a relationship with Georgina Rodriguez. Ronaldo is happier with his partner Georgina and raising his four kids together.

Jacob Blake: Everything you need to know about Shooting of Jacob Blake