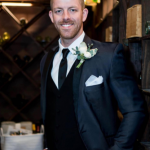 Damian Powers is a reality TV personality who is famous for his appearance on the first season of the Netflix show "Love Is Blind". The show aired on Netflix on 13th February 2020. On the show, he was cast along with 30 fellow contestants including Jessica Batten, Carlton Morton, Amber Pike, Kelly Chase, Diamond Jack, Matt Barnett, and Cameron Hamilton. Nick Lachey and Vanessa Lachey are hosts of the show. He was paired with his fellow contestant Giannina Gibelli on the show. Before his fame in the entertainment field, he worked as a manager in an industrial company. His first job at the Five Star Food Service was as an Operations Manager and worked in that position from September 2004 to March 2017. From March 2017 to September 2019, he worked as a general manager. Since September 2019, he is working as a market manager. He is also affiliated with the non-profit organization Brawl For A Cause.

Why is Damian Powers Famous for?

Where is Damian Powers From?

Damian Powers was born on 15th June 1991. His birthplace is the USA whereas he grew up in Heidelberg, Germany. He holds American-German nationality and his ethnicity is German-White. His race is White. Gemini is his Zodiac sign and he follows the Christianity religion. He celebrated his 30th birthday as of 2021. He has not disclosed any details about his parents, siblings, and education to the media. 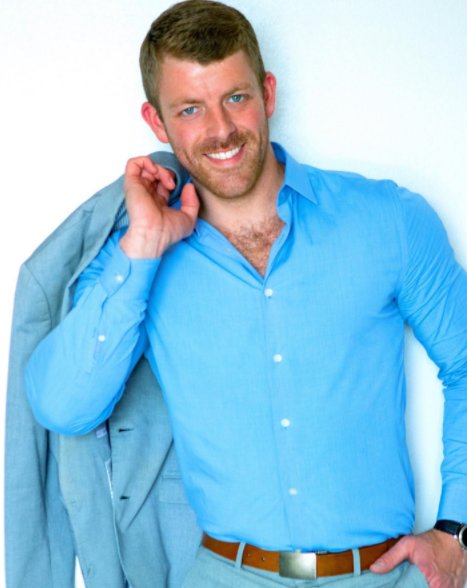 Who is Damian Powers Girlfriend?

Damian Powers is an engaged man previously to Giannina Gibelli with whom Damian met on the show "Love Is Blind". Powers and Gibelli were one of the six couples who got engaged within 10 days while filming the reality show in 2018. While the pair were both nervous heading into their wedding day during the finale, Gibelli was eventually ready to take the plunge and say "I do," but Powers was not. Gibelli ended up running away from the wedding venue - even falling in the mud and ripping her dress - to think things through. She later returned to the venue to hear out about her former fiancé, where he expressed he still loved her and that he didn't think their love story was over. Weeks after the show's finale was filmed, the pair revealed during the first reunion special that they were back together and had actually only split for a few hours. "There was so much that happened," Gibelli told in March 2020. "At the end of the day, the relationship is between you and this person. Who better to understand that than you two? … I love Damian, I know his heart, I know everything about him. I really wanted us to heal together because we had gone through such a big, scary thing and it just didn't feel right not being together at that moment whether we were going to end it together or not. It was something I wanted to go through with him and just see, are we OK? Are our hearts OK?"

Everything To Know About Giannina Gibelli 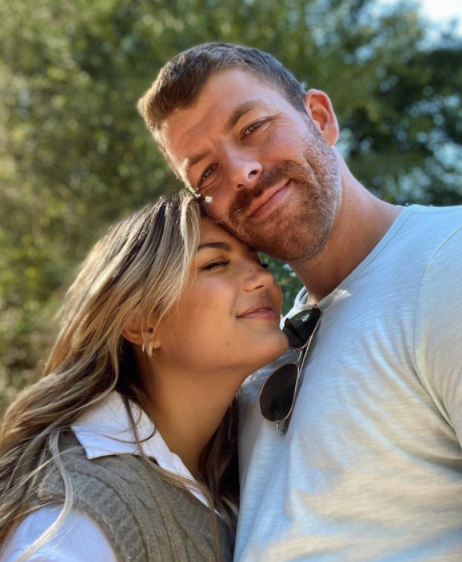 While Damian and Gibelli started dating, Damian was spotted hanging with 'Too Hot to Handle' Francesca Farago in August 2020. Later, they both denied rumors they were dating. At the time, Damian told Entertainment Tonight: "Over the past week, I have been in L.A. with my attorney, Alex Ion, pursuing new projects and business ventures. Francesca and I both share the same attorney. "Alex arranged for both Francesca and I to meet with him for dinner at the Eveleigh in West Hollywood along with some of our other friends, including Mitchell Crawford and Raiane Macedo." He added that they linked arms so Francesca could "shield herself" from the paparazzi. "Francesca and I are not dating or romantically involved but remain friends," he insisted. At the time, Gibelli and Powers continued to post loved-up selfies and TikTok videos together amid quarantine until they went to film the Love Is Blind: After the Alter special a few months later. During the special which aired in July 2021, Gibelli expressed her confusion over where the pair stands since they still don't live together but are still dating. Francesca Farago turned up the filmed reunion party as Powers' date, which caught Gibelli "off guard." Since their big blowup at the reunion, Gibelli, and Damian have called it quits on their relationship. "I am officially single," Gibelli explained at the time. "Me and Damian haven't been dating for a couple of months now. It was a lot to process and it was a very long breakup. I have never been one to just, like, not peel off the Band-Aid so this was new … it was just like that trust wasn't really there [anymore]." At a moment, there are no signs indicating Francesca Farago and Damian Powers are dating. 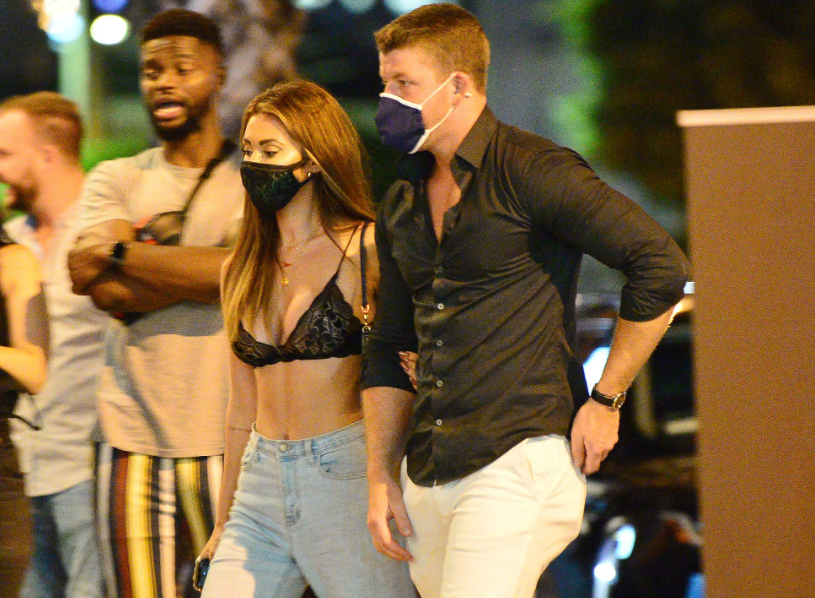 Damian is a resident of Locust, Georgia, USA.

What is Damian Powers Net Worth?

Damian Powers is a talented reality TV personality whose net worth is estimated to have between $1 Million - $3 Million as of 2022. He made this fortune from the show "Love Is Blind" as well as from various managerial fields. Details about his salary, annual income, and career earnings are still to get disclosed yet. As per his Linkedin profile, he has the experience of working in various high positions of American food and beverage service company, Five Star Food Service, Inc., located in Atlanta, Georgia, for many years. At present, he is working as a marketing manager. He is living a cool lifestyle from his earnings.

What is Damian Powers Height?

Damian Powers is a cool and handsome man who has a perfect height of 5 ft 9 in. His balanced weight consists of 66 KG. His body type is athletic. He has a pair of blue eyes and his hair color is brown. His other body size such as chest size, waist size, biceps size, and more is still to get revealed yet. He has got a very charismatic personality attracting a lot of people towards him.

Trivias About Damian Powers You Need To Know.