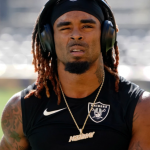 Damon Arnette is an American footballer who is a free agent. His playing position is cornerback. Previously, he played college football at Ohio State and was drafted by the Las Vegas Raiders in the first round of the 2020 NFL Draft. After his release from Raiders, he was signed to the Miami Dolphins practice squad on 15th December 2021. His contract expired when the team's season ended on January 9, 2022. Then, he signed a reserve/futures contract with the Kansas City Chiefs on January 20, 2022, and was released on January 29, 2022, after he was arrested on charges of assault with a deadly weapon, carrying a concealed weapon without a permit, and two counts of possession of controlled substances in Las Vegas. His shirt number was 20 for Las Vegas Raiders.

Damon Arnette was arrested in Las Vegas on suspicion of weapons and drug offenses, prompting him to be released by his latest team, the Kansas City Chiefs. He was booked Saturday on suspicion of crimes that included assault with a deadly weapon and carrying a concealed weapon without a permit, according to jail records. Police Lt. Justin Byers said the arrests of Arnette and another man stemmed from a report of a person with a gun Friday at 5:45 p.m. at a Las Vegas Strip hotel-casino, the Las Vegas Review-Journal reported. He pulled a gun on a valet attendant who wouldn't give his car back without identification, according to police. According to his arrest report released Wednesday, police were called last week to Park MGM for a "person with a gun." The caller said the driver of a Mercedes G-Wagon with a Florida license plate had pointed a gun at an employee. Police said the Mercedes left the area but was stopped soon after down Las Vegas Boulevard. The driver was identified as Damon Arnette and his passenger was identified as Markell Surrell. While both were in custody, police wrote they found a Glock 26 on Surrell and a handgun in the driver's side door where Arnette was sitting. He was jailed pending a Sunday court appearance, and it wasn’t immediately known if he had an attorney who could speak on his behalf. He's expected in court for a status check on March 29.  The NFL cornerback was released by the Kansas City Chiefs following his arrest. The Chiefs had signed him to a reserve/future contract on Jan. 20. Previously, he was released by the Las Vegas Raiders in November after a social media video appeared to show the 2020 first-round pick threatening someone’s life while brandishing multiple guns.

What is Damon Arnette Famous For? 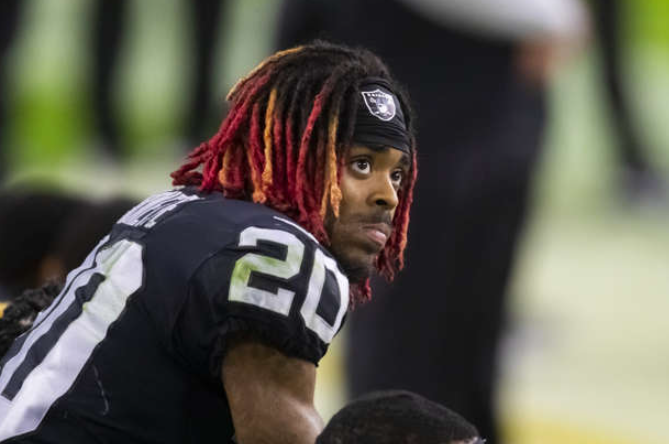 What Ethnicity is Damon Arnette?

Damon Arnette was born on 2nd September 1996 which makes him the present age of 25 as of 2021. He is from Dallas, Texas, the USA. Later, he moved to Fort Lauderdale, Florida with his family when he was three years old. He is American by nationality and his ethnicity is Mixed (African-American). Virgo is his Zodiac sign and he follows the Christianity religion. About his parents, he was born to his father, Damon Arnette Sr., and his mother, Montreana Surrell. Details about his sibling are unavailable at a moment.

About his education, he attended St. Thomas Aquinas High School, where he played linebacker and wide receiver for the Raiders. He was also named honorable mention Class 8A-7A-6A All-County as a senior and helped lead the team to a state championship. Rated a three-star recruit, he originally committed to play college football at South Carolina during the summer going into his senior year before changing his commitment to Ohio State on national signing day. He redshirted his true freshman season and played in 13 of Ohio State's games the following season as a key reserve at defensive back and recorded 21 tackles with one interception. He started 12 of the Buckeyes 14 games and led the team's cornerbacks with 44 tackles with two interceptions and eight passes broken up and was named honorable mention All-Big Ten Conference as a redshirt sophomore. Later, he planned to leave school and forgo his final season of NCAA eligibility to enter the 2019 NFL draft but eventually decided to return to Ohio State for his final year of eligibility. He scored his first career touchdown on September 14, 2019, on a 97-yard interception return against Indiana. He was named second-team All-Big Ten at the end of the season, recording 35 tackles, eight passes defended, and one interception while playing with a broken wrist. 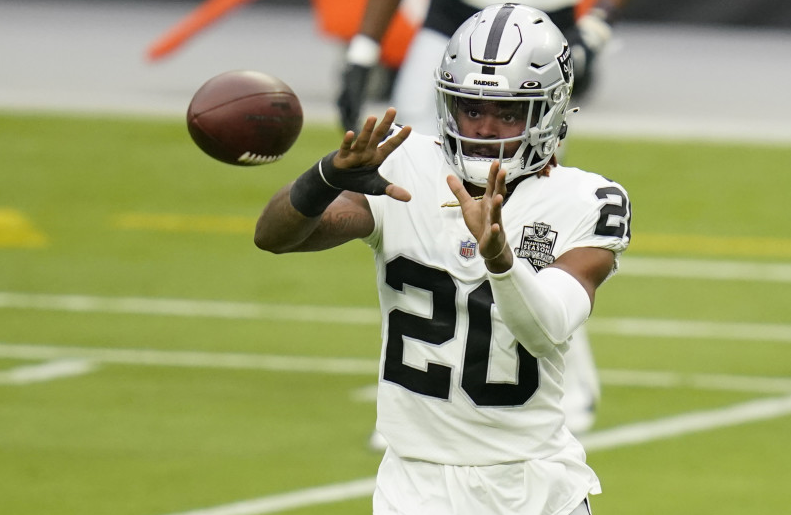 Who is Damon Arnette Girlfriend?

Damon Arnette is not married yet and he is assumed to be single at present as there is no news and rumors about him dating anyone. Further, there is no affairs and relationship about him neither he himself have revealed anything regarding his girlfriend and love life to the media. It seems he s focusing on his career and he is enjoying his present life happily without any disturbances. His sexual orientation is straight.

How much is Damon Arnette Net Worth?

Damon Arnette is a football cornerback. As of 2022, the net worth of Damon Arnette is estimated to have between in the range of $1 Million-$5 Million. His main source of wealth is from football career. Today, he is living a cool lifestyle. Whereas his exact annual salary, career earnings, and monthly income are still to get disclosed yet.

How tall is Damon Arnette?

Damon Arnette is a handsome footballer. He stands tall at the height of 1.83 m or 6 feet. His balanced bodyweight consists of 195 lbs or 88 Kg. His body type is athletic. His other body size has not been disclosed yet. Overall, he has got a healthy body and he maintains his body a lot. He has also inked tattoos on his hands.

Trivias About Damon Arnette You Need To Know.