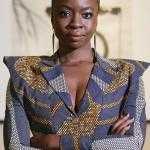 Danai Jekesai Gurira, popularly known as Danai Gurira is a Zimbabwean-American actress and playwright. She is best known for her roles as Michonne on the AMC horror-drama series, The Walking Dead and as Okoye in the Marvel Cinematic Universe films, Black Panther and Avengers: Infinity War. She will reprise the role of Okoye in Avengers: Endgame scheduled to release in 2019. She is also the playwright of the Broadway play Eclipsed.

Danai Gurira Is Now On The Official Poster Of Avengers: Endgame

Marvel Studios released Avengers: Endgame new trailer. They also released a poster showcasing the superheroes from the film. Avengers fans noticed that Black Panther's Okeye, played by Danai Gurira was absent from the credits on the top of the poster. However, Danai Gurira's name was on the bottom credit block along with Gwyneth Paltrow and Benedict Wong. She was the only actress of color to appear on the poster.

Fans rallied across social media that Gurira should be given her place in the top of the poster as she deserved.

Marvel later released a new poster with crediting Gurira's name on top of the poster. Her name is now seen just before Bradley Cooper and Josh Brolin.

The most awaited Avengers: Endgame is scheduled to release on 26 April next month. 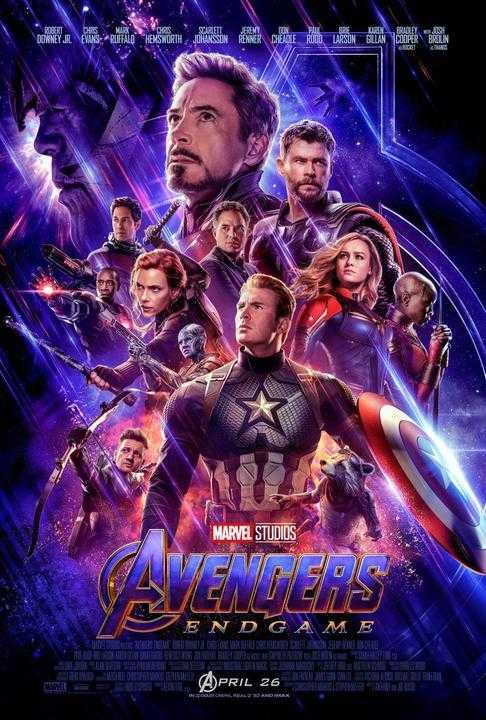 Danai Gurira was born on 14 February 1978. Her birth name is Danai Jekesai Gurira. She was born to a father Roger Gurira, and a mother, Josephine Gurira. Her parents moved from Zimbabwe (then Southern Rhodesia) to the United States in 1964. Her birthplace is in Grinnell, Iowa in the United States. Thus, she holds Zimbabwean and American nationality. She belongs to black ethnicity. Her religion is Christian. Her zodiac sign is Aquarius.  She has 3 older siblings. They are 2 sisters, Shingai, and Choni and a brother, Tare. Gurira and the family moved back to Harare, the capital of Zimbabwe in December 1983 after the country gained Independence.

She attended Dominican Convent High School in Zimbabwe. She then returned to the United States to study at Macalester College in Minnesota, where she graduated with a Bachelor of Arts in psychology. She later earned her Masters degree in Fine Arts from New York University's Tisch School of the Arts.

She started her career as a playwright and acting teacher, teaching in Liberia, Zimbabwe, and South Africa.

She has stated that she began writing plays in an effort to better utilize her strengths as an actress. She wanted to tell stories that convey ideas about strong women with whom she identifies.

She has been commissioned by Yale Repertory Theatre, Center Theatre Group, Playwrights Horizons, and the Royal Court as a playwright.

She co-wrote and co-starred in In the Continuum.

She made her acting debut on Broadway in Augst Wilson's play, Joe Turner's Come and Gone in June 2009.

Her 2012 play, The Convert was premiered as a co-production between the Goodman Theatre in Chicago and the McCarter Theater in New Jersey.

She wrote the play, Familiar, which opened at Yale Repertory Theater in January 2015. The play is about family, cultural identity, and the experience of life as a first-generation American. It later premiered Off-Broadway in New York at Playwrights Horizons.

She wrote the play, Eclipsed, about the three sex slaves women in war-torn Liberia. It became the first play to premiere on Broadway with an all-female and black cast and creative team.

She made her television debut in small role as Marei Rosa Rumbidzai in Law & Order: Criminal Intent in 2004.

She later appeared in minor roles in Life on Mars, Law & Order, American Experience, and Lie to Me.

She landed the main role as a relentless, katana-wielding character, Michonne in the third season of the AMC horror-drama series, The Walking Dead.

The Walking Dead is the highest-rated series in cable television history.

She made her film debut in the 2007 drama film The Visitor.

Later, she has appeared in Ghost Town, 3 Backyards, My Soul to Take, and Restless City.

She played the lead role in 2013 independent drama film, Mother of George. The film premiered at the 2013 Sundance Film Festival.

She voiced Fury in the 2015 film, Tinker Bell and the Legend of the NeverBeast.

She was cast as Okoye in the Marvel film, Black Panther in 2018.

She reprised her role of Okoye in Avengers: Infinity War in 2018 and Avengers: Endgame, scheduled to release in 2019.

She will also appear in Godzilla vs. Kong scheduled to release in 2020.

What Are Danai Gurira's Awards?

2006 Obie Award for Special Citation, In the Continuum.

2012 Whiting Awards for Writing in Drama, The Convert

2019 Screen Actors Guild Awards for Outstanding Performance by a Cast in a Motion Picture, Black Panther.

Who Is Danai Gurira's Dating?

Danai Gurira has been romantically linked with The Walking Dead co-stars, Norman Reedus. They were seen together in several occasions.

She lives in Los Angeles and spends most of her time in New York City. She speaks four languages, French, Shona, basic Xhosa, and English.

She read a letter at the Global Green Sustainable Design Awards in 2008 written by a New Orleans native displaced by Hurrican Katrina.

She co-founded Almasi Arts Inc. in 2011. She is the Executive Artistic Director and her organization is dedicated to continuing arts education in Zimbabwe.

She founded the non-profit organization Love Our Girls in 2016 with an aim to highlight the issues and challenges that specifically affect women around the world.

She partnered with Johnson & Johnson in 2016 in the fight against HIV/AIDS.

She became UN Women Goodwill Ambassador in 2018. She dedicates her support to put a spotlight on gender equality and women's rights, as well as bringing unheard women's voices front and center.

What Are Danai Gurira's Body Measurements?

She stands at a height of 1.7 m i.e. 5 feet and 7 inches tall. She has a body weight of 117 lbs i.e. 53 kg. She has a slim body build. She stays physically fit through Pilates and cross-training. She has dark brown eyes and short trimmed black hair.

What Is Danai Gurira's Net Worth?

Danai Gurira earns from working in films, television, and plays. Besides acting, she is also a playwright. Her successful works are Eclipsed, The Walking Dead, Black Panther, Avengers: Infinity War, and Avengers: Endgame. The success of her work earns fame and fortune. As of 2019, her net worth is estimated at $4 million.

Trivias About Danai Gurira You Need To Know.