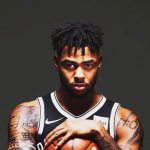 D'Angelo Russell is an American professional Basketball Player player who plays in the National Basketball Association (NBA). Russell currently plays for the Brooklyn Nets who acquired him in 2017 as their Point Guard. 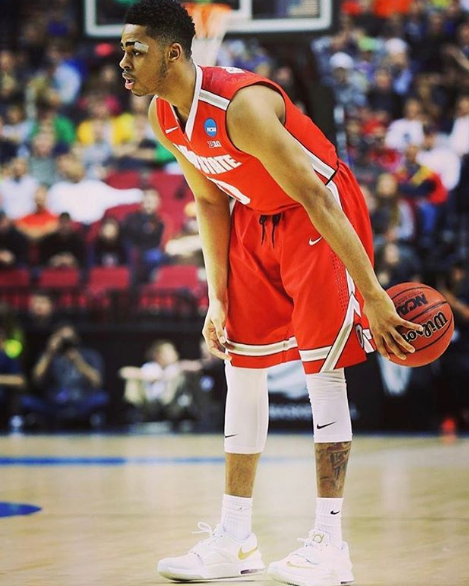 Brooklyn Nets point guard D’Angelo Russell is being linked with a trade away from the team before the February trade deadline.

D’Angelo Russell played one season of college basketball for Ohio State University before being drafted by the Los Angeles Lakers with the second overall pick of the 2015 NBA draft. Russell was a regular in the starting lineup during his two seasons in Los Angeles, although in 2017, he was surprisingly traded to the Brooklyn Nets in exchange for Brook Lopez and the rights to Kyle Kuzma.

After an injury-hit first season in Brooklyn, Russell has been the team’s best player during the 18/19 campaign, averaging 17.5 points, 6.2 assists, and 3.7 rebounds per game. He has also been instrumental in the Nets’ recent run, as the team has picked up 7 wins in 10 games to put themselves back into playoff contention. 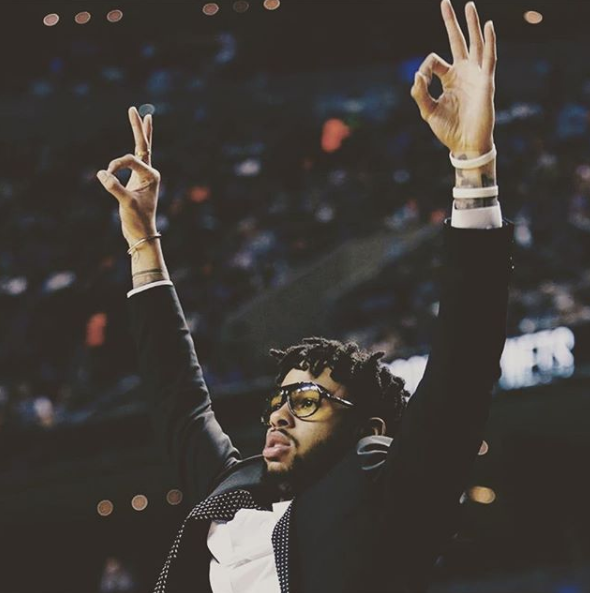 Russell attended Montverde Academy in Montverde, Florida where he played for his high school basketball team. Russell enrolled at Ohio State University and played for the Ohio State basketball team in his collegiate career. He became the recipient of the Oscar Robertson Trophy, Wayman Tisdale Award, and Jerry West Award in 2015.

D'Angelo Russell is currently rumored to be in a relationship with Gabby Engersgaard. The two have been spotted together on various occasions, one such occasion includes a Yankees game. Russell has yet to acknowledge the rumors.

D'Angelo Russell's Net Worth and Salary

The point guard of Brooklyn Nets, D'Angelo Russel currently has an estimated net worth of over $12 million.

Observing his body figure, he stands a height of 6 feet 5 inches and weighs 88 kg. Similarly, He has black hair and dark brown eyes color. Furthermore, his body measures 43-15-33 inches including chest, biceps, and waist sizes.