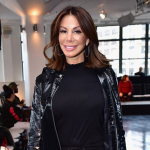 The actor of the reality television show - The Real Housewives of New Jersey, Danielle Staub is a singer, author, adult performer and reality TV personality. She is also the author of an autobiography known as "The naked truth". She married more than two times in life and divorced as well. Recently, she postponed her wedding which got held on Monday, March 04, 2019. 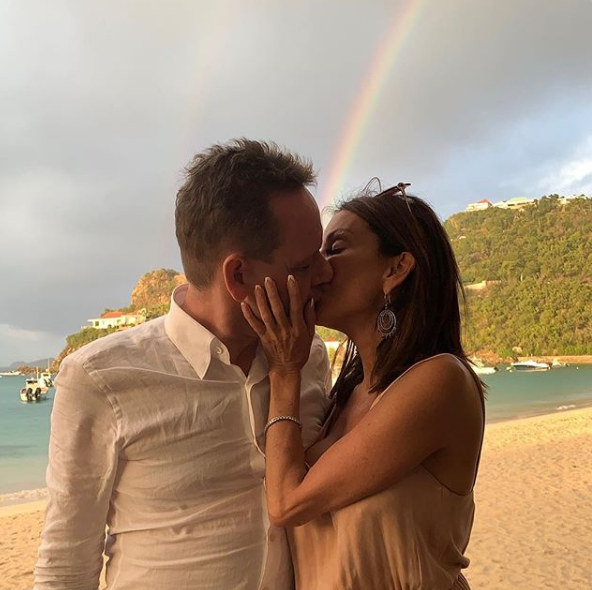 According to some online sources, Danielle and Oliver are temporarily postponing their wedding but are still very much engaged. Danielle is going to spend a few days with her daughters recognizing this all happened very fast. Her children have always been her number one priority and that will never change.
The Real Housewives of New Jersey star announced on Thursday that she was engaged to Oliver Maier, Duke of Provence. Their engagement was revealed just one week after Danielle Staub finalized her divorce from Marty Caffrey after three months of marriage. According to her rep Steve Honig, "Danielle is planning to get married on Monday, March 04, 2019".
Maier and Staub went ring shopping on Saturday at the high-end jewelry store Van Cleef & Arpels. According to People, she decided on a 5-carat ruby ring, which also happens to be her birthstone.
It's been quite the whirlwind romance for these two, who met just under six months ago. Her relationship with Maier marks her 21st engagement. People reports that she and the French Duke met because he was initially dating one of her friends. Maier is the managing director of the private equity firm Speyside Equity. It looks like these two won't be hurting for places to stay when they visit France, either. His family reportedly owns 15 vineyards and two castles.
Although their wedding is postponed for now, when it actually does happen she'll become Duchess Danielle. So, stay tuned with us for an update.

Danielle Staub was born in Wayne, New Jersey. She was born to a 15 years old teenager mother who was of Sicilian heritage. Later, she was adopted and given her the name Beverly Ann Merrill and grew up in Pennsylvania.
During her young age, she was sexually abused by her several relatives which she told in her autobiography The Nacket Truth. Danielle didn't go to college and also hasn't shared any information regarding her high school education. Furthermore, Her nationality is American and ethnicity is North American. Her zodiac sign is Leo.

Danielle began her career as an actress from TV show All My Children in 2001. Later in 2009, She moved to the reality show, 'The Real Housewives of New Jersey", performed for two seasons.
On May 25, 2010, Danielle released an autobiography, "The Naked Truth". Further, she appeared on the Style Comedy show "The Dish", from which she achieved more attention.
Similarly, She acted in several sketches including a surprise cold open where she tried to take over as the show’s host after leaving the real presenter, Danielle Fishel, bound and gagged backstage. The appearance gained media attention after one sketch, which some commentators said parodied Staub castmate Teresa Giudice by portraying her as a Monkey.
In 2011, Staub, along with Heidi Montag of The Hills and Jake Pavelka of The Bachelor: On the Wings of Love, starred in a food-related series for VH1 called Famous Food, in which they would “[revamp] a restaurant from the ground up.” In February 2017, it was announced Staub would return to The Real Housewives of New Jersey for the series’ eighth season.

Danielle is a married woman. She has been married twice. She first had a marriage relation with Kevin Maher. But the relationship didn't last for long. They were together just for one year (1986 to 1987).
After the failure of the first marriage, she was in a relationship with Thomas Stub in 1993. The couple was blessed with two children- Jillian and Christine but they separated in 2007. In May 2017, it was announced Staub was engaged to Marty Caffrey. The two wed in May 2018. After 4 months later, it was announced the couple would divorce in August 2018. Their divorce was finalized on February 21, 2019.
A week later, on February 28, 2019, Staub became engaged for the 21st time to Olivier Maier, Duke of Provence.

Danielle's net worth is somewhere around $3 million. And as it is believed the person with she is in $1 million debt. She filed for anywhere between $500,000 and $1 million but anything could be the truth.
Moving towards her house, she reportedly no longer lives in the 6,200 square-foot, 7-bedroom house in Wayne. She owned a New Jersey home after pleading with a federal court judge to allow her to avoid $ 740,000 in lines placed against her new home.
Danielle earned more than $100,000 to the IRS $70,000 to the town she lived in and $16,000 in state and various other creditors. She was accused of transferring money and was forced to disclose all her assets. But later on, the former RHONJ star settled the issue by paying the bankruptcy trustee $35,000.
However, she faced a lot of problem in her past, but at present, she really is enjoying her life. Her Instagram post identifies that she really is living a lavish life.

Danielle Staub age at present is 56. Danielle Staub age exceeds her youthful looks and her enthusiastic personality. She has very attractive body measurements, her Bra size (Cup size) is 36 B and height, weight is 5 feet 10 inches and 57 kgs respectively while her figure measurement is 36-27-32 and shoe size is 9 (US). She has a black hair color and dark brown eye color. She has maintained her hourglass shaped figure even after going through maternity thrice.

Trivias About Danielle Staub You Need To Know.