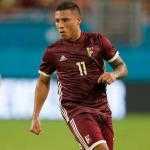 Darwin Machis is a Venezuelan football player who currently plays as a striker for Spanish club Cadiz CF on loan from Italian club Udinese Calcio. He also plays for the Venezuelan National football team.

What is Darwin Machis famous for? 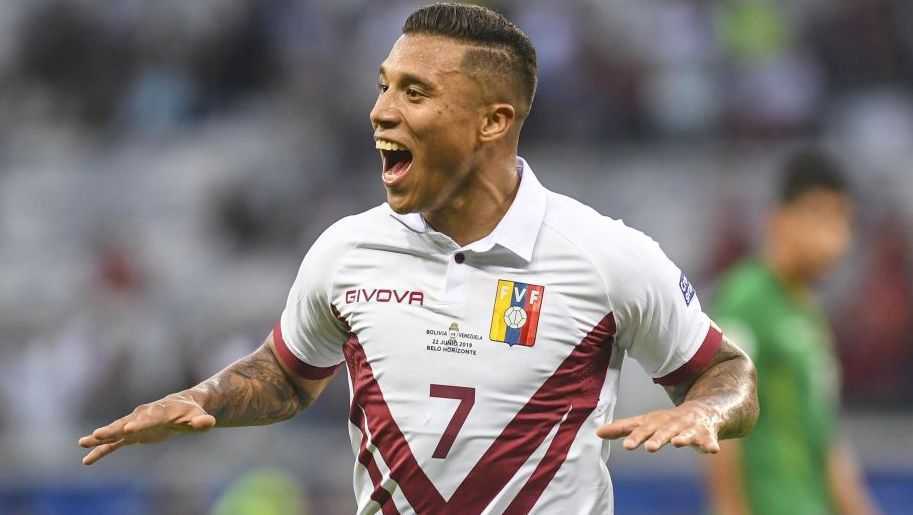 When was Darwin Machis born?

Darwin Machis was born on 7th February 1993 in Tucupita, Venezuela. His birth name is Darwin Daniel Machis Marcano. Venezuelan is his nationality. His ethnicity is South American. Aquarius is his zodiac sign.

He was born to a Spanish family. He has no siblings. He was raised in his hometown, Tucupita. He did his schooling from Granja High School. He started playing football at the age of 10.

How is Darwin Marchin's Career?

- Darwin Machis started his professional football career after getting signed by the Venezuelan club AC Mineros de Guayana in 2011.

- He made his first professional football debut on 21st August 2011 against Estudiantes de Merida.

- He has represented his national side Venezuela in both junior and senior levels.

- In the same year, he debuted for Venezuela National Team in a 2-0 loss against Costa Rica.

- He also was awarded a prize from the Venezuelan Football Federation.

- He then joined Udinese in 2012 and in the same year signed a five-year contract with Spanish club Granada CF of La Liga.

- On 20th August 2012, he made his La Liga debut as a substitute against Rayo Vallecano. He only played few matches for the club in the 2012 season.

- He moved to Victoria S.C. on loan until June on 31st January 2013. He won his first cup called Taca De Portugal with the club.

- He also played for the Venezuelan U-20 national team in the 2013 South American Youth Championship.

- He scored his first international goal in a friendly match against Iran on 20th November 2018.

Who is Darwin Machis married to?

The Venezuelan footballer, Darwin Machis is a married man. Machis is married to his long-term girlfriend since 2015. The couple is blessed with a daughter named Mia(2016).

What is the net worth of Darwin Machis?

The Venezuelan footballer, Darwin Machis has an estimated net worth of $1.5 million as of 2019. The football player has a handsome annual salary of $1.2 million from his club Granada.

He is living a luxurious lifestyle.

How tall is Darwin Machis?

The 26 years aged, Darwin Machis has a well-maintained body. He stands tall with a height of 5ft 7inches(1.74m) and has a normal body weight of 70 kg. He has black hair and black eyes.