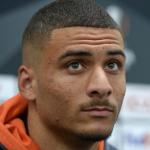 David Carmo is a Portuguese professional football player. He plays as a center-back for the Primeira Liga club, FC Porto. A youth product of Braga, he started his senior football career in 2018 with the club's second team. He was promoted to the club's first team in 2020 and won Taca de Portugal with the club in 2021. Following the conclusion of the 2021-22 season, he attracted interest from FC Porto. He signed a five-year contract with the club in July 2022.

On the international level, he has represented Portugal's national team at several age levels. He has yet to make his senior international debut. He is known for his defensive style and ability due to his size. He is also known for his quality in long-range distribution.

What is David Carmo Famous For?

Where is David Carmo From?

David Carmo was born on 19 July 1999. His full name is David Mota Veiga Teixeira Carmo. He was born in Aveiro in Portugal and holds Portuguese nationality. He is of Angolan descent. Detailed information about his parents is not available at present. It is only known that his parents are somehow related to basketball but he chose football as a career.

Who is David Carmo Girlfriend?

David Carmo is not married. The Portuguese defender is reportedly single. There are no media reports about his dating and partner. He hasn't shared about his personal life on his social media handles either.

What is David Carmo Height?

David Carmo stands at the height of 1.96 m i.e. 6 feet and 5 inches tall. He has a body weight of around 82 kg. He has an athletic body build. His eye color is brown and his hair color is black.

What is David Carmo Salary and Net Worth?

David Carmo earns from his professional career as a football career. His income comes from contracts, salaries, and sponsorships. He signed a five-year contract with Porto for €20 million plus €2.5 million in add-ons in July 2022. He will be earning around €4 million in annual salary playing for Porto. At present, his net worth is estimated at €1 million. His net worth is certain to grow in multi-millions after he signed with Porto.