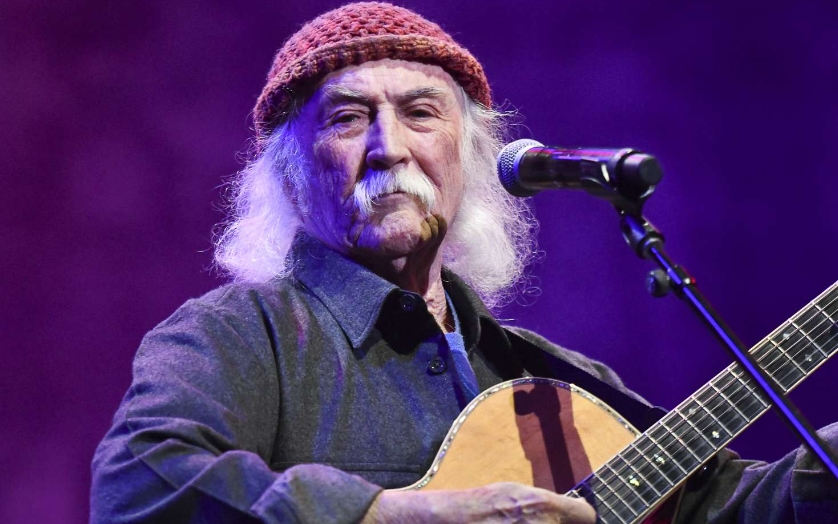 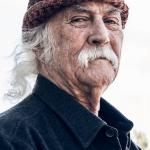 His work with the Byrds and CSNY has sold over 35 million albums. He released six solo albums, five of which were charted. Moreover, he formed a jazz-influenced trio with his son James Raymond and guitarist Jeff Pevar in CPR. He was inducted into the Rock and Roll Hall of Fame twice: once for his work in the Byrds and again for his work with CSN. On January 18, 2023, Crosby died at the age of 81 after a long illness.

US folk-rock star David Crosby has died, his publicist said Thursday. He was 81. He helped set up two major bands in the 1960s: The Byrds, and Crosby, Stills, and Nash. He was renowned for his guitar-playing and vocal harmonies. His career saw him achieve the rare feat of being inducted into the revered Rock and Roll Hall of Fame twice. His wife, Jan Dance, told that he died "after a long illness" while surrounded by family. "Although he is no longer here with us, his humanity and kind soul will continue to guide and inspire us. His legacy will continue to live on through his legendary music," read his wife's statement.

Following the musician's death, former bandmate Nash expressed his "profound sadness" despite the two men's often "volatile" relationship, adding that Crosby left behind a "tremendous void". "What has always mattered to David and me more than anything was the pure joy of the music we created together, the sound we discovered with one another, and the deep friendship we shared over all these many long years," Nash wrote. "David was fearless in life and in music." Another tribute came from Beach Boys singer Brian Wilson, who wrote on Twitter that he was "heartbroken" at the news - as his fellow star had been an "unbelievable talent" and a "wonderful person".

The exact cause of his death was not immediately specified. 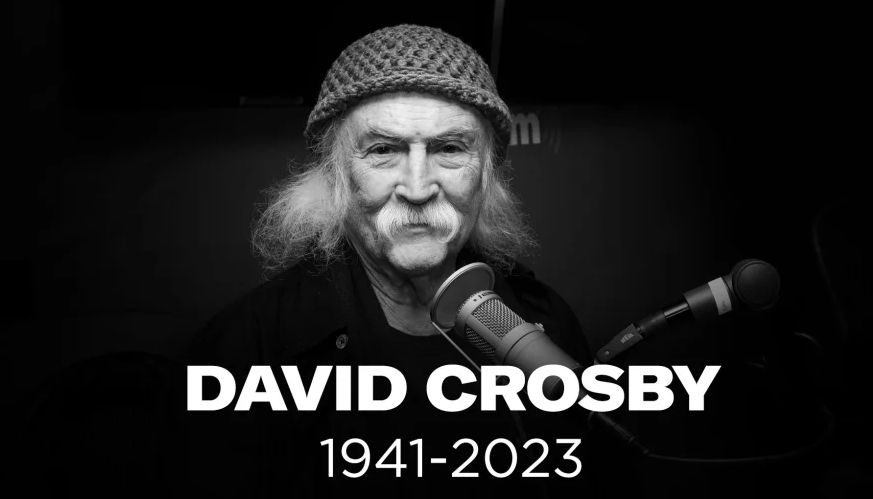 What was David Crosby Famous For?

Where was David Crosby born and raised?

David Crosby was born on 14th August 1941. He was born and raised in Los Angeles, California, USA. His real name was David Van Cortlandt Crosby. He was the second son of Academy Award-winning cinematographer Floyd Crosby, who formerly worked on Wall Street, and Aliph Van Cortlandt Whitehead, a salesperson at Macy's department store. His brother Ethan, who taught him to play guitar and started his musical career with him, committed suicide in late 1997 or early 1998; the date is unknown because Ethan left a note not to search for his body but to let him return to the earth. His body was found months later in May 1998.

His father was a relative of the Van Rensselaer family, and his mother-granddaughter of Bishop of Pittsburgh Cortlandt Whitehead descended from the prominent Van Cortlandt family; they "regularly inhabited the New York society pages before their wedding". His parents divorced in 1960, and his father married Betty Cormack Andrews. He held American nationality and his ethnicity was American-White. For the last time, he celebrated his 81st birthday.

David attended several schools, including the University Elementary School in Los Angeles, the Crane Country Day School in Montecito, and Laguna Blanca School in Santa Barbara for the rest of his elementary school and junior high years. He did not graduate from the Cate School in Carpinteria. He also studied drama at Santa Barbara City College before dropping out to pursue a career in music. With the help of producer Jim Dickson, Crosby recorded his first solo session in 1963.

Who is David Crosby's Wife?

David Crosby was a married man. In May 1987, David and his wife, Jan Dance got married at the Hollywood Church of Religious Science in Los Angeles. His bandmate Stephen Stills gave away the bride. , The duo are also blessed with a son, Django Crosby, who was conceived after extensive fertility treatments while Crosby's liver was failing. Before the death of David, the family was residing happily without any disturbances. His sexual orietnation was straight and he was not gay. 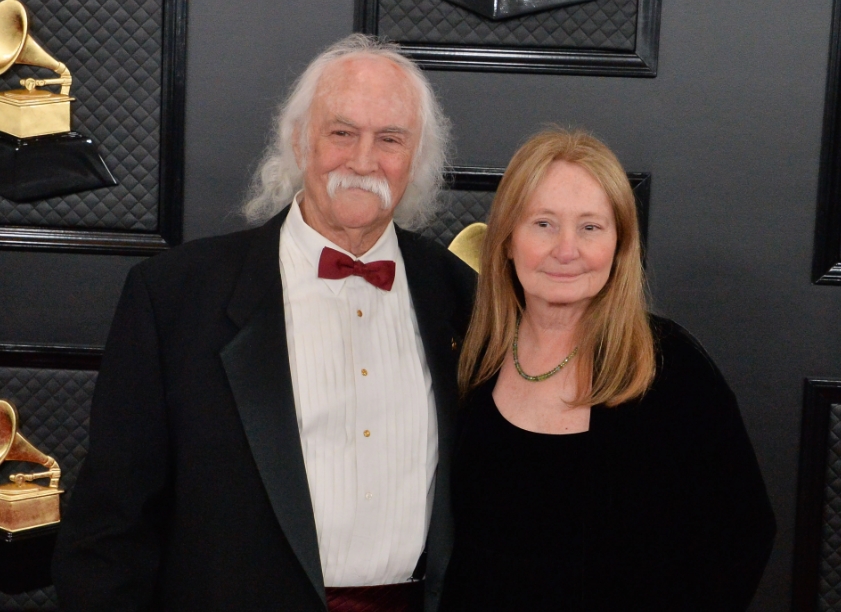 Previously, David tied the knot to his wife, Celia Crawford Ferguson. Their marriage produces a son namely James Raymond in 1962 who was placed for adoption and reunited with Crosby as an adult. Since 1997, Raymond has performed with Crosby on stage and in the studio, as a member of CPR and as part of the touring bands for Crosby & Nash and Crosby, Stills & Nash. Moreover, David also had three other children: a daughter, Erika, with Jackie Guthrie, and a daughter, Donovan Crosby, with former girlfriend Debbie Donovan.

In January 2000, Melissa Etheridge announced that Crosby was the sperm donor of two children with her partner Julie Cypher by means of artificial insemination. On May 13, 2020, Etheridge announced on her Twitter that her and Cypher's son Beckett had died of causes related to opioid addiction at the age of 21.

How much was David Crosby's Net Worth?

David Crosby was a singer, guitarist, and songwriter whose net worth was estimated to have $10 million at the time of his death. His net worth was impacted by both his health issues, including hepatitis C, Type 2 diabetes, and substance abuse, and legal problems, including a $3 million settlement after accidentally hitting a jogger with his car in 2015. His main source of wealth was from the music industry. He lived a lavish lifestyle from his career earnings. He was making an annual salary of millions of dollars from his professional career as a musician.

Crosby, in partnership with longtime friend and entrepreneur Steven Sponder, developed a craft cannabis brand called "MIGHTY CROZ". In 2018, Crosby was invited to join the NORML National Advisory Board.

In March 2020, Crosby told GQ, "I'm sitting here waiting for them to cancel all my tours this summer and put me in deep financial trouble. You know they don't pay us for records anymore, right? So touring is all we got. That's really the only thing that we can do to make any money. And to lose it is just awful." He added, "I may—honest to God—I may lose my home. I don't know what to do about it, except just try to roll with the punches and keep going. Truthfully, if I lose the tours, I probably will lose my home."

He sold his catalog in 2021 to Irving Azoff's Iconic Artists Group, though the terms and details of the sale were never made public. He hasn't publicly revealed how much he earned for his publishing rights, save that the sale enabled him to pay off his mortgage. He claimed to have barely made any money from music streams from his decades of work. "The streaming companies are making billions of dollars. The numbers are right out there, in the public," Crosby told.

How tall was David Crosby?

David Crosby was a cool singer with amazing vocals. He stood at the height of 5 feet and 10 inches or 1.79 m. His body weight was measured at 77 kg or 169 lbs. His hair color was white and his eye color was dark brown. He had been suffering from a lot of illnesses in his lifetime.

Crosby was the recipient of a highly publicized liver transplant, paid for by Phil Collins, in 1994. News of his transplant created some controversy because of his celebrity status and his past problems with drug and alcohol addiction. His liver problems stemmed from a long run with hepatitis C. He also suffered from Type 2 diabetes and was treated with insulin to manage the disease. He looked much thinner than in recent years and announced to the audience at an October 2008 concert that he had recently shed 55 pounds (25 kg) as a result of his struggles with the disease.

In February 2014, at the urging of his doctor, Crosby postponed the final dates of his solo tour in order to undergo a cardiac catheterization and angiogram, based on the results of a routine cardiac stress test.

Trivias About David Crosby You Need To Know.

Where was David Crosby born?

Who is the father of David Crosby?

The father of David Crosby is Floyd Crosby.

Who is the mother of David Crosby?

The mother of David Crosby is Aliph Van Cortlandt Whitehead.

What is the net worth of David Crosby?

The net worth of David Crosby is $10 million.

What is the color of David Crosby's eye?

What is the color of David Crosby's hair?