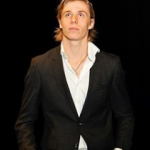 The Canadian tennis player Dennis Shapovalov has more than made his nation proud. His skills on the court have earned him a spot on the ATP top 50 rankings. He has an ATP singles career-high of number 23 in the world, as of 2019. He entered the ATP top 30 rankings in 2018 making him the youngest player to achieve this feat in 13 years. His reputation as a professional tennis player grew to new heights after he defeated grand slam champions Rafael Nadal and Juan Martin del Potro during the 2017 Canadian Open. He became the number one ranked player in Canada in 2018. Let's know more about the tennis player through this article.

What is Denis Shapovalov known for?

Denis Shapovalov is a Canadian professional tennis player. Since 2005, he was the youngest to crack the top 30 and is currently ranked in the top 50 of the ATP rankings. His career-high ATP singles ranking is No. 23 in the world. At the age of 18, he rose to prominence by reaching a Masters semifinal at the 2017 Canadian Open beating grand slam champions Juan Martín del Potro and Rafael Nadal during his run.

What is the nationality of Denis Shapovalov?

Recalling his early life, Denis was born to Russian-Israeli citizens Tessa and Viktor Shapovalov in Tel Aviv, Israel. The family moved from Israel to Canada before Denis's first birthday. He then lived in Vaughan, Ontario. He has one sibling named Evgeniy who was also born in Israel. He is Canadian by nationality and belongs to white ethnicity. His birth sign is Aries. Regarding his education, He attended Stephan Lewis Secondary School in Vaughan.

Who is Denis Shapovalov dating?

Reflecting on his personal life, Denis is in a relationship with Canadian professional swimmer, Penny Oleksiak. The information about when they met and how they become partners etc. were is in mystery as of now. At present, the couple enjoying their love life without rumors of separation or extra-marital affairs. It looks like the couple is serious about their relationship. They are planning to get married soon.

What is Denis Shapovalov's net worth?

As a tennis player, Denis earns a decent amount of money and fame in the field of the sports industry. As per the online sites, his net worth said to be $4 million at present. However, his salary is yet to be disclosed. His net worth draws from prize money from tennis competitions and brand endorsement deals from brands like Nike, Biosteel, TAG Heuer and Wilson, and Yonex.

How tall is Denis Shapovalov?

Observing his body statistics, Denis has an athletic body with a height of 6 feet and 1 inch. He weighs 68 Kg. He has a pair of black eyes and blonde hair color. His other body information is yet to be disclosed. In the case of disclose, we will let you know.