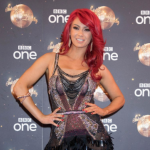 Dianne Buswell is an Australian Ballroom dancer. She has a dream to dance. For this dream, she started to dance the age of 4. She has an amazing skill of dancing which makes her known in public.

currently, Dianne dates with Joe Sugg. And it is rumored that they got a married in social media. In Instagram, she posted a photo with a message;'Love me a good wedding and this Manchester lot know how to throw a gooden.' This sentence makes her highlights today. But she didn.t directly expose it, it is right or wrong. In the future, we got a what is a fact? 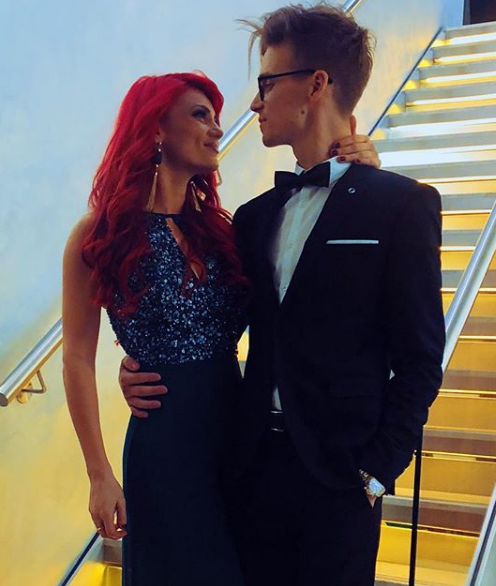 I may not have won the glitter ball, but I’ve won something a million times more special.

A ballroom dancer, Dannie was celebrated her 29th Birthday in 2018. Her childhood raised with her brother Andrew Buswell in Bunbury, Australia. She has two sisters and one brother. For her huge curiosity in dance, she started ballroom dancing at the age of 4. She with his brother, won 02 times of Adult New Vogue WA Champions in 2008 and 2010. Her ethnicity is white and was take Australian nationality.

Apart from that, there is no such information about her childhood, parents, and education.

Talking about career, In 2008, She started his career as a ballroom dancer with his brother.

Later, She has appeared on So You Think You Can Dance Australia, Burn the Floor in 2011, Australia’s Dancing with the Stars in 2015 and on the British series Strictly Come Dancing for 2017 series. Later, she appears with her present boyfriend Joe Sugg for the sixteenth series of the show in 2018.

Dianne is a dancer who participates many dance show with dance partners. Currently, she was dating with Joe Sugg who is a British Youtuber, vlogger, author and a TV personality. They met the first time in 2018 on sixteenth series of Strictly Come Dancing. They fell in love and in relation at all. She posted many photos on Instagram to elaborates they are in the relationship.

Before Joe, Dianne has a boyfriend named Anthony Quinlan. They met in 2017 series of Strictly Come Dancing. Dianne has reportedly split from Anthony Quinlan after 10 months of dating. She is said to have parted ways with Anthony after he grew suspicious of her closeness to celebrity dance partner Joe Sugg.

Net Worth of Dianne Buswell

She was an impressive dancer with a versatile skill of dancing. She takes many dance shows but her net worth was not enclosed yet.