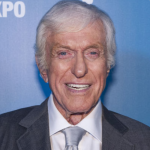 Richard Wayne Van Dyke well recognized as Dick Van Dyke is an American actor, comedian, singer, dancer, writer as well as producer. He rose into the fame after his recognition on radio and Broadway. Later, he gained his popularity for musical films such as Bye Bye Birdie (1963), Mary Poppins (1964), and Chitty Chitty Bang Bang (1968). He received five Primetime Emmys, a Tony, the Screen Actors Guild's highest honor, the SAG Life Achievement Award in 2013, and a Grammy Award, and was inducted into the Television Hall of Fame in 1995.

Dick Van Dyke, age 92, looks the exact same in "Mary Poppins Returns". The trailer has been finally released on Monday, giving fans a real glimpse of Emily Blunt’s take on the flying nanny who rescues the Banks children. He makes his triumphant return to the story disguised as Mr. Dawes Sr. The iconic actor played Mr. Dawes Sr. in the first film using prosthetics to age himself, but he didn’t need any help this time around. His fans are amazed because of looking exactly the same 54 years after he starred opposite Julie Andrews in the original.

Born on 13th December 1925, Dick Van Dyke with a birth name of Richard Wayne Van Dyke in West Plains, Missouri, U.S holds the nationality of American. Currently, his age is 92. He was born to Loren Wayne "Cookie" Van Dyke and Hazel Victoria, his parents. His father is a salesman and his mother is a stenographer. He was raised in Danville. He also has a brother named Jerry Van Dyke who is best known for the role on the TV Series named "Coach". His birth sign is Sagittarius. His religion is Presbyterian.

Moving towards his education, he studied at Danville High School alongside future entertainers Bobby Short and Donald O'Connor. One of his best friends was a cousin of the future actor Gene Hackman.

Currently, he is residing in Malibu, California, U.S.

Dyke has got the attractive body. Currently, at the age of 92, he seems to be very handsome. There is no doubt that, in his young age he is very handsome and attracts a lot of girls. He keeps his body and skin healthy. He has a tall height of 185 cm and his balanced weight is 82 Kg.

Regarding his personal life, Dick Van Dyke is a married man. He married Margerie Willett on 12th February 1948. The couple was blessed with 4 children named Christian, Barry, Stacy, and Carrie Beth. After their long love relationship, the couple got separated in the year 1984.

Later, he lived with his friend, Michelle Triola for more than 30 years until her death in the year 2009.

All of his children are married; and altogether, he has seven grandchildren.

Net Worth of Dick Van

92 years, Dick Van has a total net worth of $50 million as of 2018 and hope to be $80 million as of 2019. He earned his net worth through his acting roles in many successful films, musicals, TV sitcoms, and dramas, as well as his abilities as a director and producer. He is successful in his career life as well as personal life. He is earning a good amount of money from his work.

He can be easily searched on social networking sites and mostly his posts on Twitter are interested in many fan followings over it.

Stay connected with us for more information about him.

Trivias About Dick Van Dyke You Need To Know.