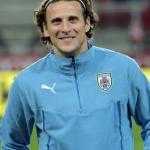 Diego Forlan Corazo, professionally known by the name Diego Forlan is an Uruguayan former professional football player. He played as a forward for several clubs. He played for Penarol and Danubio in Uruguay, Independiente in Argentina, Manchester United in England, Villarreal and Atletico Madrid in Spain, Internacional in Brazil, Cerezo Osaka in Japan, Mumbai City in India, and Kitchee in Hong Kong. He represented Uruguay national team between 2002 and 2015 and scored 36 goals in 112 caps. He retired from professional football in August 2019.

What is Diego Forlan Famous For? 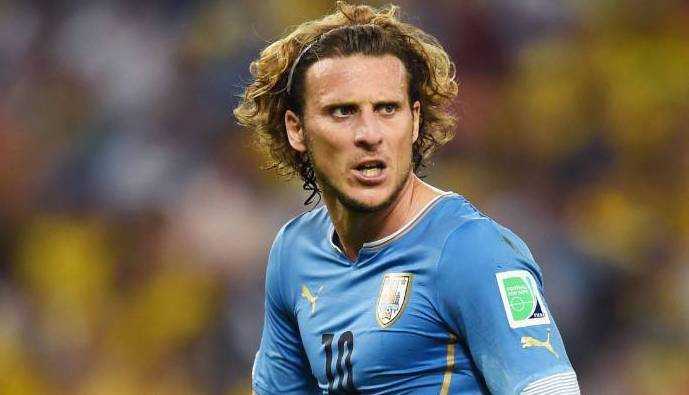 Where was Diego Forlan Born?

Diego Forlan was born on 19 May 1979. His birth name is Diego Forlan Corazo. His birth place is in Montevideo in Uruguay. He holds American nationality. He was born to a father, Pablo Forlan. He has a sister, Alejandra. 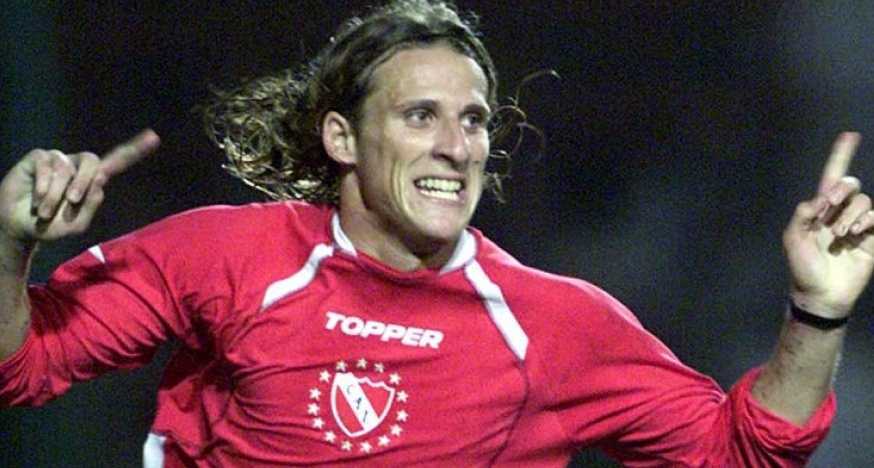 He joined the youth system of the Argentine club Independiente in 1994.

Manager Laszlo Boloni brought him to France to give trial at AS Nancy but the club did not sign him.

He made his professional debut from Independiente in 1998.

He scored 40 goals for the club in 91 appearances in all competitions. 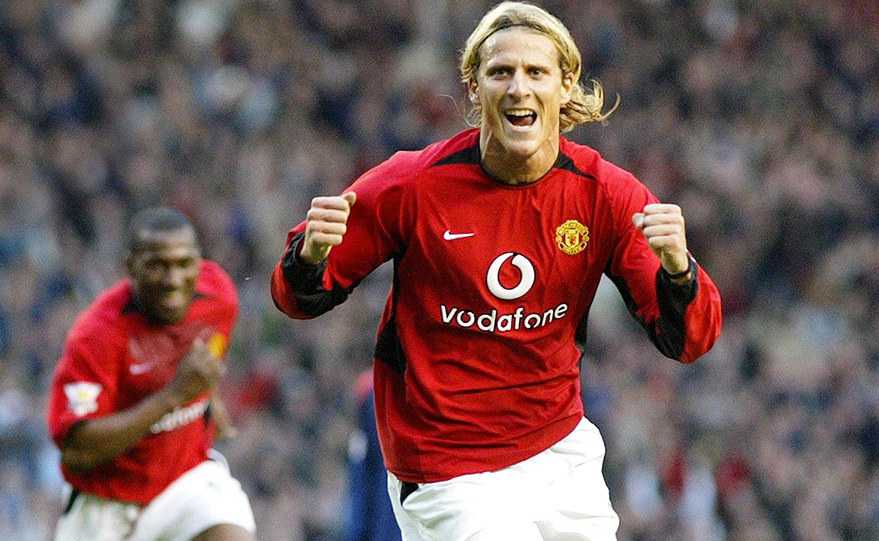 Premier League club Middlesbrough and Independiente agreed a 6.9 million pounds deal for Forlan in January 2002. Middlesbrough would pay the transfer fee over 18 installments. 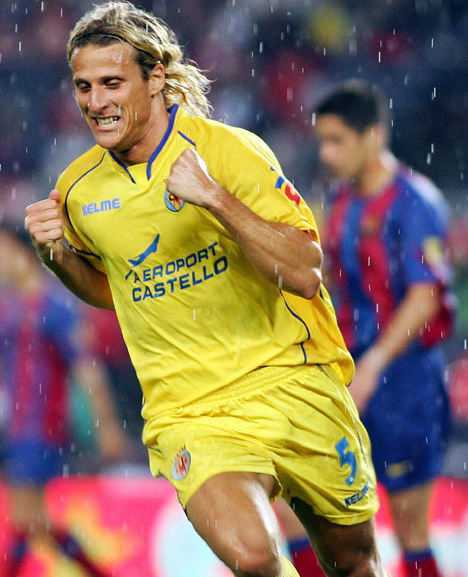 He signed with Spanish club Villarreal in August 2004.

He helped Villarreal to finish third in the 2004-05 season and qualify for the Champions League for the first time.

During his three-season stint at Villareal, he scored 59 goals in 128 appearances for Villarreal in all competitions. 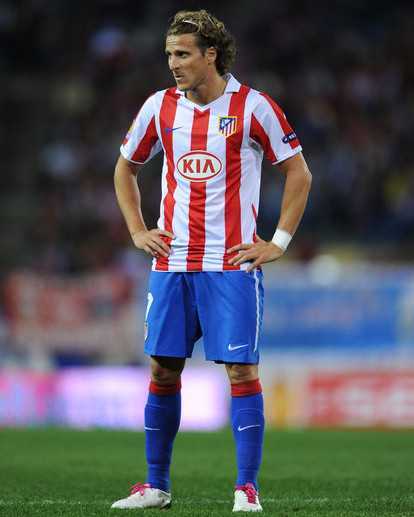 He signed with Spanish club Atletico Madrid for 21 million Euro in June 2007.

He spent 3 seasons at Atletico Madrid and scored 96 goals in all competitions. 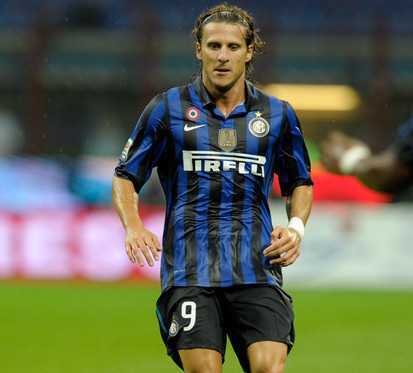 He was linked with moves to Real Madrid, Besiktas, and Seattle Sounders. He joined Italian club Inter Milan for an undisclosed fee in August 2011.

He scored only 2 goals in 22 appearances in his first season at Inter Milan.

The club released him following his poor performance at the club. 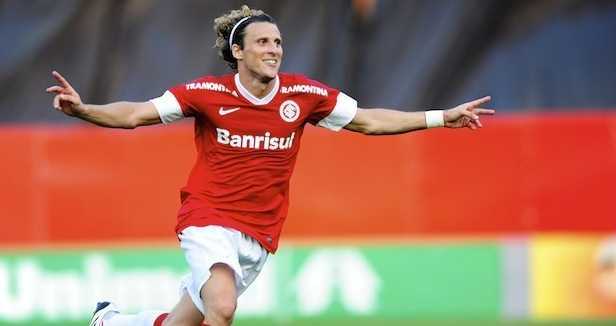 He signed a 3-year deal with Brazilian club Internacional in July 2012.

In his 2 seasons at the club, he scored 22 goals in 55 appearances in all competitions. 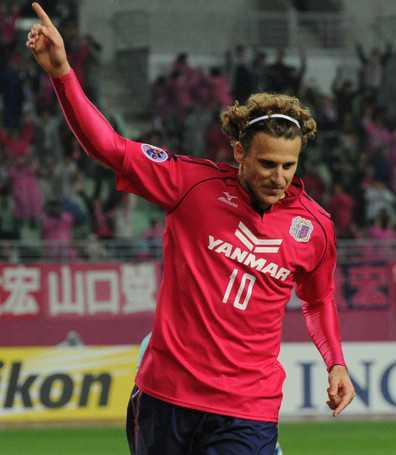 The club relegated to J2 League in his first season at the club.

He scored 19 goals in all competitions during his 2 season stint at the club. 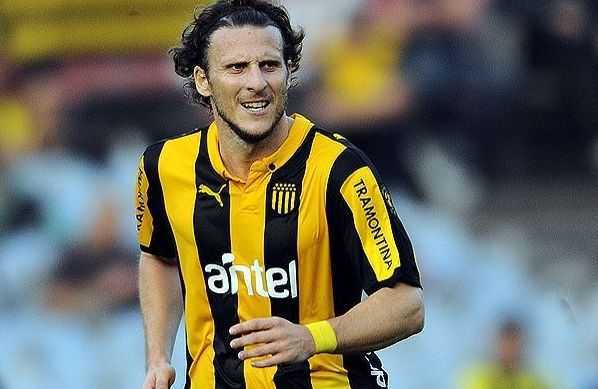 In July 2015, he returned to Uruguay and signed an 18-month deal with Penarol, his boyhood club.

He scored 8 goals in 31 appearances in his only season at the club. 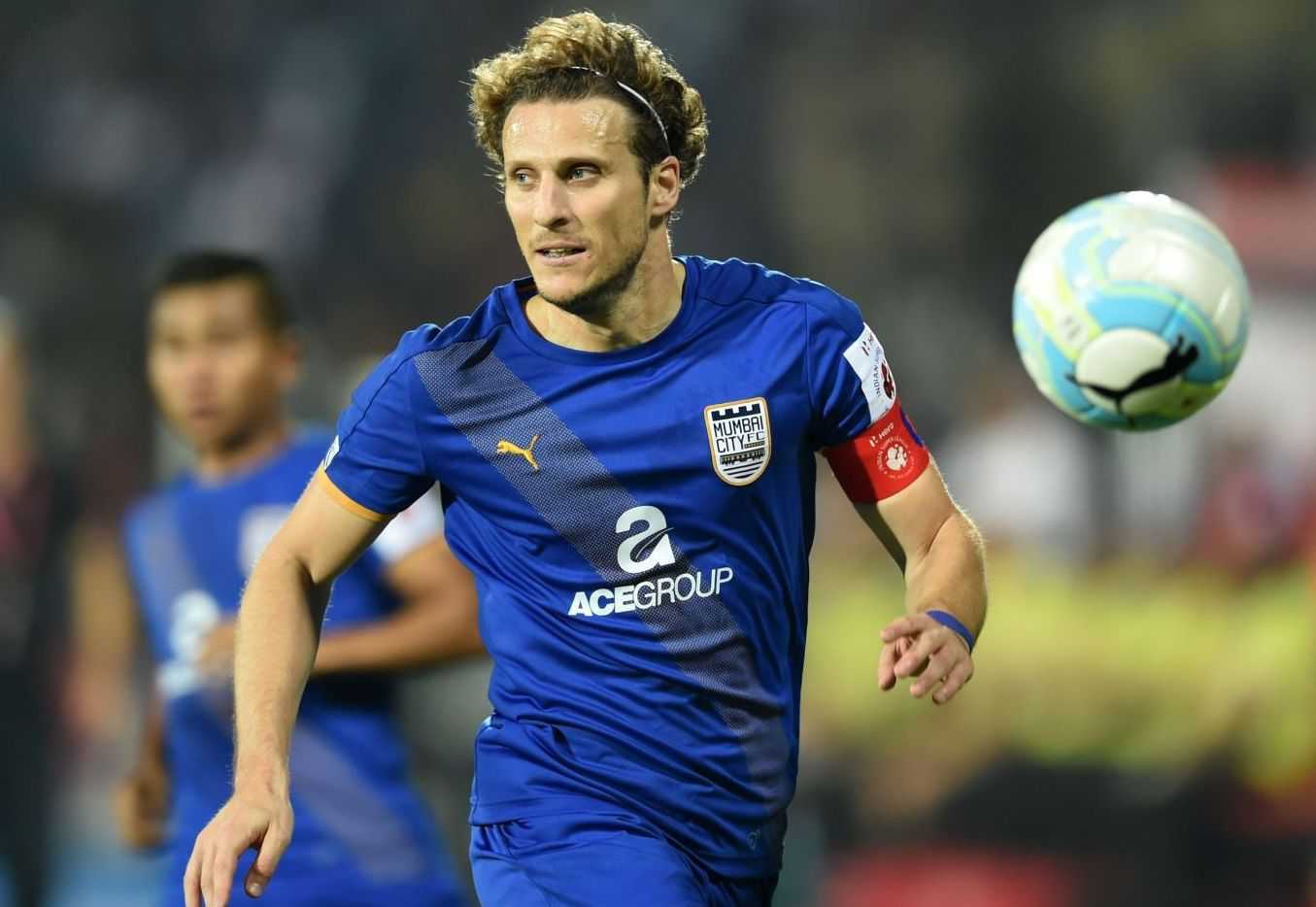 He led the club first-place finish in the league. Mumbai lost to ATK in the semi-final, where he received a red card in the second half. 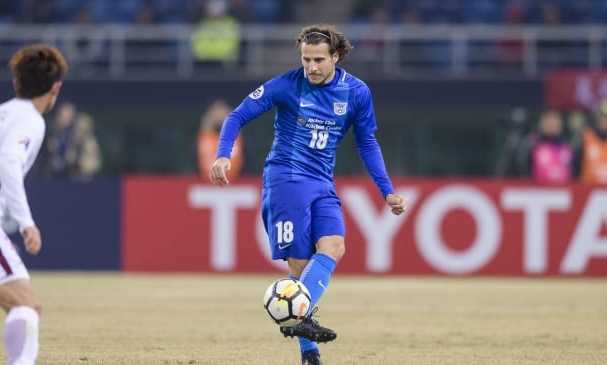 He played his final match with the club in May 2018.

He retired from professional football on 7 August 2019. 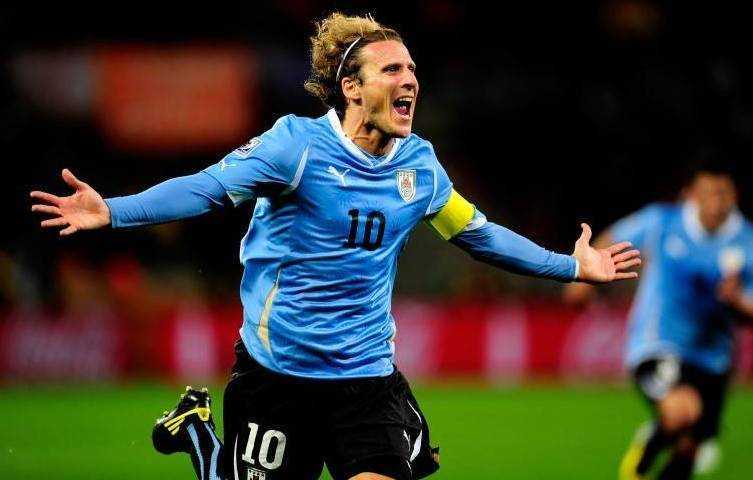 He scored 36 goals for his country before retiring from international football in 2015.

He became Uruguay's all-time leading top scorer in 2011 until Luis Suarez overtook him in 2013.

He is the first Uruguayan to win 100 caps.

He made his debut for Uruguay national team in a 3-2 friendly defeat against Saudi Arabia in March 2002. He scored his first international goal in his debut game.

He led Uruguay to the semi-final at the 2010 FIFA World Cup. Forlan won the Golden Ball and was the joint top scorer at the World Cup with 5 goals.

His volley goal against Germany was selected as the Goal of the Tournament by FIFA.

He helped Uruguay to win 2011 Copa America defeating Paraguay in the final.

He later represented Uruguay at the 2013 FIFA Confederations Cup and 2014 FIFA World Cup.

He announced his retirement from international football on 11 March 2015. 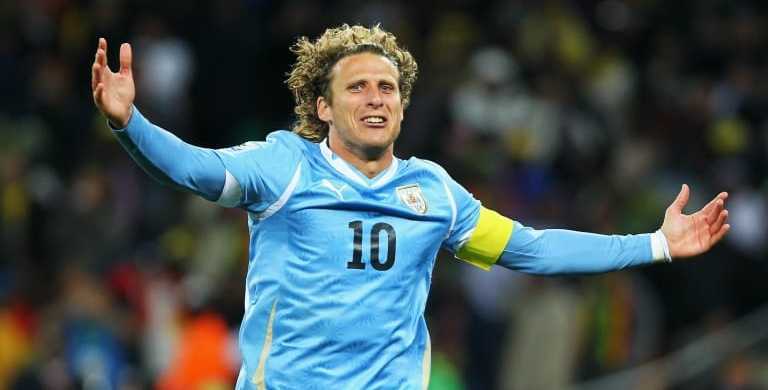 FIFA World Cup Goal of the Tournament: 2010 (vs Germany) 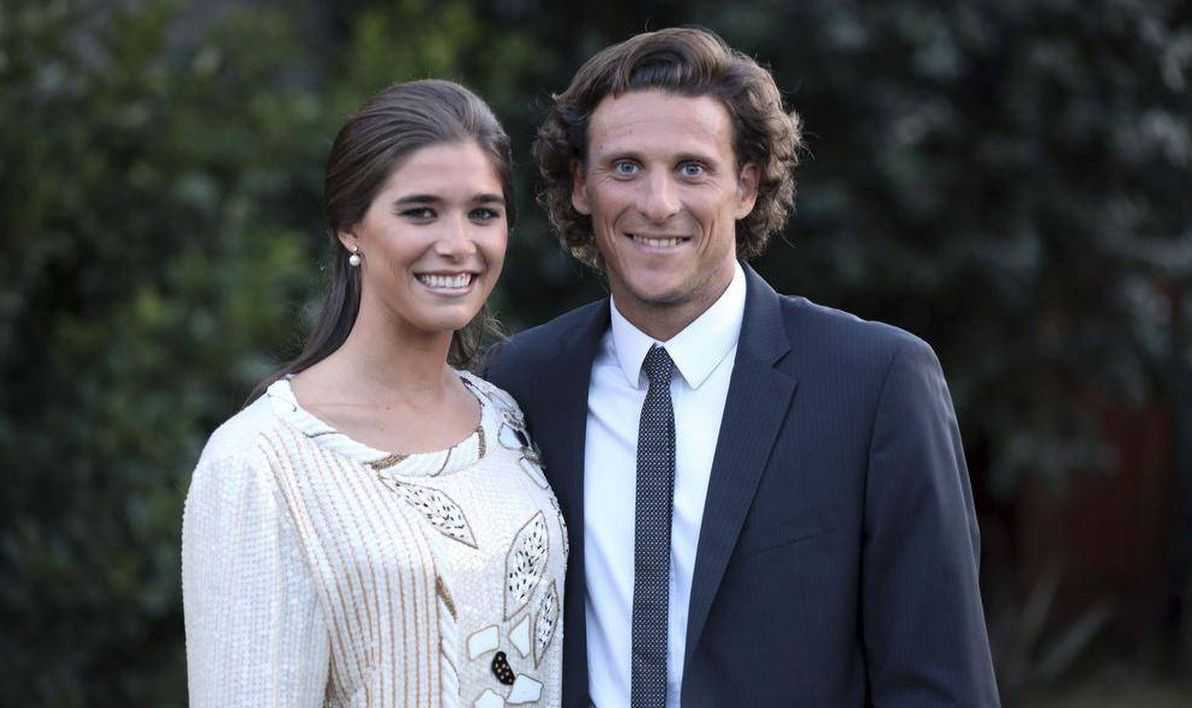 Who is Diego Forlan Married to?

Diego is a married man. He is married to Paz Cardoso. The couple got married in 2013. The couple has 3 children together, Martin, Luz, and Cesar.

How tall is Diego Forlan?

What is Diego Forlan Net Worth?

Diego Forlan earned from his professional football career. During his active football career, he played for several clubs across the globe. He has played in Uruguay, Argentina, Brazil, Italy, Spain, England, Japan, India, and Hong Kong. His net worth is estimated at $27 million.

Trivias About Diego Forlan You Need To Know.