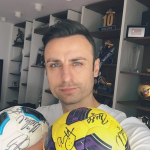 Dimitar Berbatov is a retired Bulgarian professional footballer. Dimitar is best known as the forward and center striker who competed in Premier League during the time with Manchester United Club since 2009. He rose to prominence after he won two Premier League titles in 2008–09 and 2010–11, as well as the Premier League Golden Boot in 2010–11. He is also known to be as country's all-time leading goalscorer who has captained the Bulgaria national team from 2006 to 2010 and has also won the Bulgarian Footballer of the Year a record seven times, surpassing the number of wins by Hristo Stoichkov.

What is Dimitar Berbatov famous for?

Bulgarian striker Berbatov is best famous for winning two Premier League titles in 2008–09 and 2010–11, as well as the Premier League Golden Boot in 2010–11 while in contract with Manchester United. He is also known to be as country's all-time leading goalscorer who has captained the Bulgaria national team from 2006 to 2010 and has also won the Bulgarian Footballer of the Year a record seven times. He is also recognized for playing in clubs, Fulham, Tottenham Hotspur, and Manchester United. 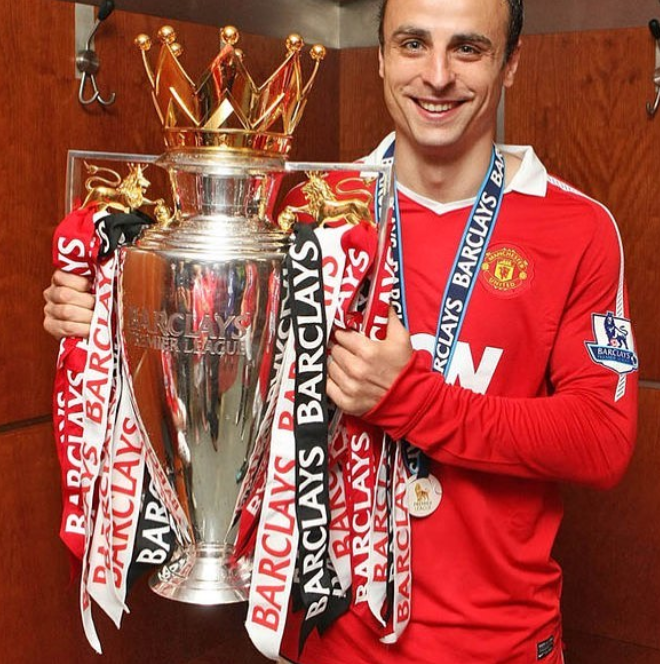 Where was Dimitar Berbatov born?

Dimitar Berbatov was born as Dimitar Ivanov Berbatov on 30 January 1981 in Blagoevgrad, Bulgaria to Ivan Berbatov and Margarita Berbatov. His father was a professional footballer with the Pirin and CSKA Sofia, while Margarita was a handball player. He has one younger brother, Asen Berbatov. The young Berbatov was very passionate about football from his childhood. As he turned 15, Berbatov became a huge admirer of the English frontman, Alan Shear who played for Newcastle United. Berbatov would go to sleep in a Newcastle shirt for years. Dimitar is Bulgarian by his nationality and his religion is Eastern Orthodox. His ethnicity is White and his zodiac is Aquarius. Information regarding his education background is still under review.

When did Dimitar Berbatov retire? 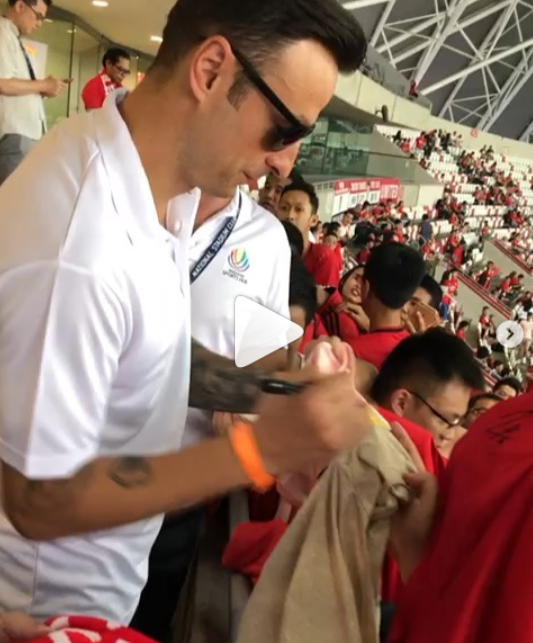 Berbatov officially announced his retirement from football on 19 September 2019. Berbatov first started his football journey from his home-town club Pirin in 1991 before joining CSKA Sofia as a 17-year-old in 1998. He was then signed by Bayer Leverkusen of Germany in January 2001. He competed in his first Champions League final 18 months later, coming on as a substitute in 2002 UEFA Champions League Final, which Leverkusen lost 2–1 to Real Madrid. During five years with Bayer, he scored 69 goals against 156 games. After five-and-a-half years with Leverkusen, he joined English club Tottenham Hotspur in July 2006. He spent two years there before moving to Manchester United. He played in his second Champions League final in 2009 which his team lost against Barcelona.

He landed his great one when he scored 20 Premier League goals during which time he won two Premier League titles in 2008–09 and 2010–11, as well as the Premier League Golden Boot in 2010–11. After that, he joined Fulham in August 2012. After a year and a half in January 2014, he joined the French side Monaco. He later competed from Greece with PAOK(2015), and India with Kerala Blasters(2017). As for his international career, he captained the Bulgarian national team from 2006 to 2010 and has been its all-time leading goalscorer. Dimitar took part in Bulgaria national U18 and U21 squads staring in 1999. Since then following up to 2010, Berbatov was entitled to captainship of the senior national team 78 times.

What is Dimitar Berbatov's net worth?

The Bulgarian national soccer star, Berbatov has the net worth estimated at $19.5 million dollars. As he has retired from the football field, His exact salary at present is unknown. Berbatov's last salary was £900,000 while he was playing in Indian Super League club Kerala Blasters on 23 August 2017. He amassed a huge sum of money majorly from his trade and contract fees. The English club  Tottenham Hotspur paid £10.9 million for the Bulgarian striker. Similarly, Manchester United paid £30.75 million for Dimitar Berbatov and signed a four-year contract. Additionally, he has done endorsements for famous brands, Nike & AON. Furthermore, He owns a house worth 2 million dollars in Monaco. He rides a car, Bentley.

The Golden Boot Award winner MU forward player, Berbatov is a married man. He has been married to his long-time girlfriend, Elena. The couple has two beautiful daughters. The first one is Dea born on 15 October 2009 at a hospital in Sofia. The second one is Elia born in November 2012. In 2009, reports emerged that Berbatov was forced to leave Bulgaria since local mafia threatened to kidnap his family. In November 2018, Berbatov officially unveiled his autobiography По моя начин (In my own way). The couple with their children are living happily together in Monaco, Western Europe.

How tall is Dimitar Berbatov?

The 38 years old Bulgarian striker having perfect forward qualities and lead scorer, Berbatov has the tall height of 6feet 2inches tall. He has a very athletic build body type as he is a very fast forward runner. So his body weight is maintained at 89kg which is just in proportion to his given height. The Golden Boot Award winner from Manchester has Light brown hair color and has a pair of blue eyes. Moving on, the information about his body measurements, dress size, and shoe size is still under review.