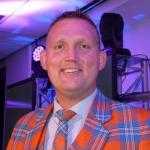 Doddie Weir is a Scottish former rugby union player, BBC ruby-analyst and businessmen who played as a lock. He has made 61 international appearances for the Scotland national team. For his excellent mark on the ruby world, The Doddie Weir Cup invented after his name. He occasionally appears on the BBC as part of the half-time analysis during Scotland matches. He was appointed an Officer of the Order of the British Empire (OBE) in the 2019 New Year Honours for services to rugby, to motor neuron disease research and the community in the Scottish Borders.

What is Doddie Weir famous for?

Doddie Weir is best famous as a former rugby union player who played as a lock and won 61 Scottish caps during his decade long international career. Doddie is also widely known for founding the My Name’5 Doddie foundation in 2017 after his diagnosis of MND and raising more than £4million to help fellow sufferers and back scientists working to find a cure. 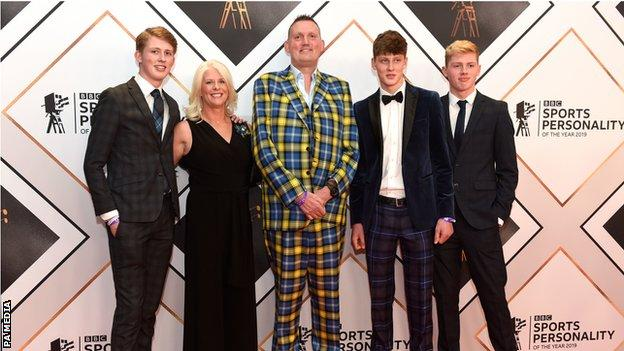 Where is Doddie Weir from?

Doddie Weir was born as George Wilson "Doddie" Weir on 4 July 1970 in Edinburgh, Scotland. His mother's name is Nanny who died of cancer in June 2019. His father's name is Jock Weir. He grew up with three siblings, Kirsty, Thomas, and Christopher. Further information on his childhood life is not yet known. He was educated at Daniel Stewart's and Melville College. He studied at the Scottish Agricultural College from 1988 to 1991, gaining a Higher National Diploma. He is Scottish by nationality and belongs to White ethnicity. His religion is Christianity, and his zodiac is Cancer.

What does Doddie Weir suffer from?

In June 2017, Weir announced he was diagnosed with motor neuron disease (ALS) to promote Global MND Awareness Day. He then founded the 'My Name'5 Doddie' foundation to raise funds for research into a cure for MND and to provide grants to people living with the condition. Weir is a well known former rugby player. Weir initially started playing rugby from the club, Stewart's Melville FP RFC in 1988. He then joined Melrose RFC in 1991. During the time Weir won many Scottish championships. He began his professional career with Newcastle Falcons in 1995. With the Falcons he had victorious 2001 Anglo-Welsh Cup final. He then moved back to Scotland to join the newly reformed Borders team in 2002 where he remained until his retirement from professional rugby in 2005. As for his international career, Weir's first appearance for Scotland was on 10 November 1990 against Argentina at Murrayfield Stadium.

In 1997 he was the first recipient of the Famous Grouse Scotland Player of the Five Nations Award. He won 61 Scottish caps and was selected as part of the British and Irish Lions tour of South Africa in 1997. He finished his playing career together with Gary Armstrong at The Borders in 2004. Weir has left a remarkable ruby record for which he was famously described by commentator Bill McLaren as being "On the charge like a mad giraffe" Doddie Weir is now considered as one of the best-known names in Scottish rugby history. The Doddie Weir Cup is a perpetual rugby union trophy for matches played between Scotland and Wales; including those matches played in the Six Nations named after Doddie. In December 2019, Weir was announced as the recipient of the Helen Rollason Award, which is presented every year during the annual BBC Sports Personality of the Year show.

What is Doddie Weir's net worth?

The 2019 appointed Officer of the Order of the British Empire (OBE), Doddie is a former well-known ruby star who has a net worth in millions. However, his exact worth digits are yet to be revealed and are under review as for now. Additionally, Doddie is the founder of 'My Name'5 Doddie' foundation that helps to raise research into a cure for MND and to provide grants for such. He also has a business of Suit Clothing tartan designed by himself in collaboration with Berwickshire-based clothes firm ScotlandShop. Taking all these to an account he must have accumulated a decent amount of sum by now. Further information regarding his cars and houses are still under review.

Who is Doddie Weir married to?

The former "mad giraffe" titled Doddie and BBC ruby-analyst has been married to his beautiful and caring wife, Kathy. Not much is known about her background for now. Also, no records are revealing their first meeting and wedding stories. They have three sons together, Hamish, Angus, and Ben. Doddie loves his wife and three sons very much is quite seen on ruby game events together with his family. He currently lives with his family in his home in Borders.

What height is Doddie Weir?

One of the favorites and respected ruby players of the Murrayfield crowd, Doddie Weir stands a giant like the height of 6ft 6in. The former rugby union player weights around 109kg. His body is built is big and tall. He has brown hair color and brown eyes. Further information regarding his body measurements, dress size, and shoe size are still under review. He has a straight sexual orientation.