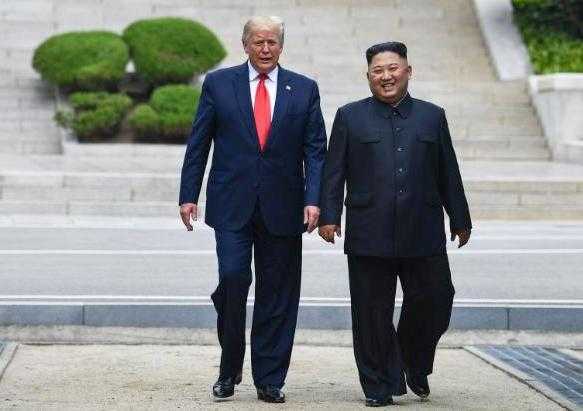 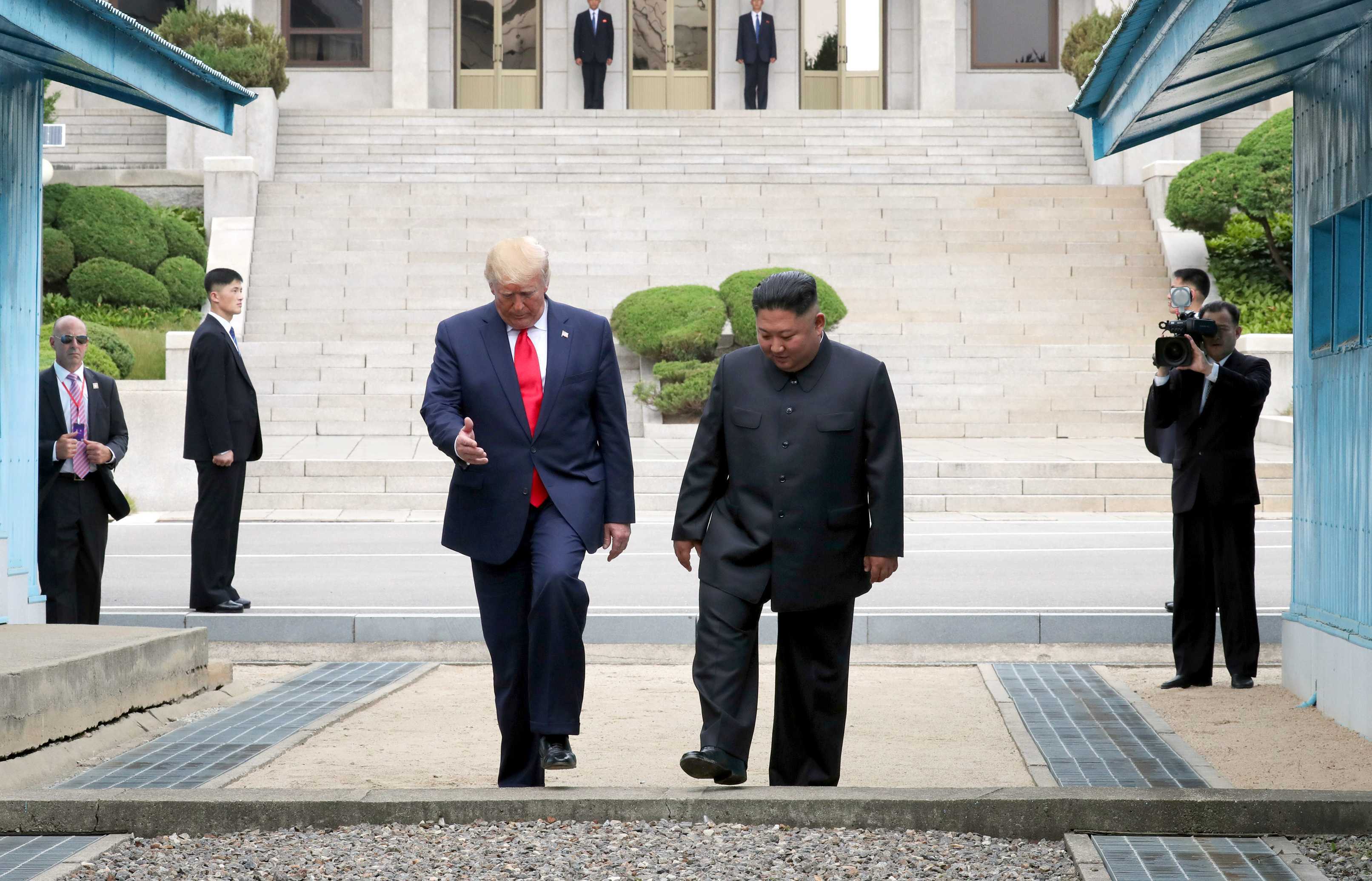 The 45th and the sitting president of the United States, Donald Trump made history when he stepped into North Korea on Sunday. He became the first sitting US president to step into North Korea. The 73-years old US President met North Korean leader Kim Jong Un at the demilitarized zone (DMZ) separating North and South Korea. In the course of making history, Trump took 20 steps into North Korea. Trump said he was proud to step over the line making history and thanked the North Korean leader as well for the meeting. The historic meeting between the two leaders has now become the boost to the diplomatic relationship between the two countries.

Following the event, the two leaders met inside the Freedom House at the DMZ where they talked for 50 minutes. Trump also stated that the meeting between two leaders has become a huge boost to the relationship between the two countries and negotiations between them will start soon. Trump also invited the North Korean leader Kim to visit Washington. The diplomatic relation between the two countries will reach another level if the North Korean leader visits the US in the coming future as no North Korean leader has ever been to the States. South Korean President Moon Jae-In also praised Trump-Kim meeting and stated that their meeting gives hopes to 80 million Korean people.

He finished his four-day three-night visit to Asia and returned back to the States. He visited Japan, South Korea, and North Korea during his visit. 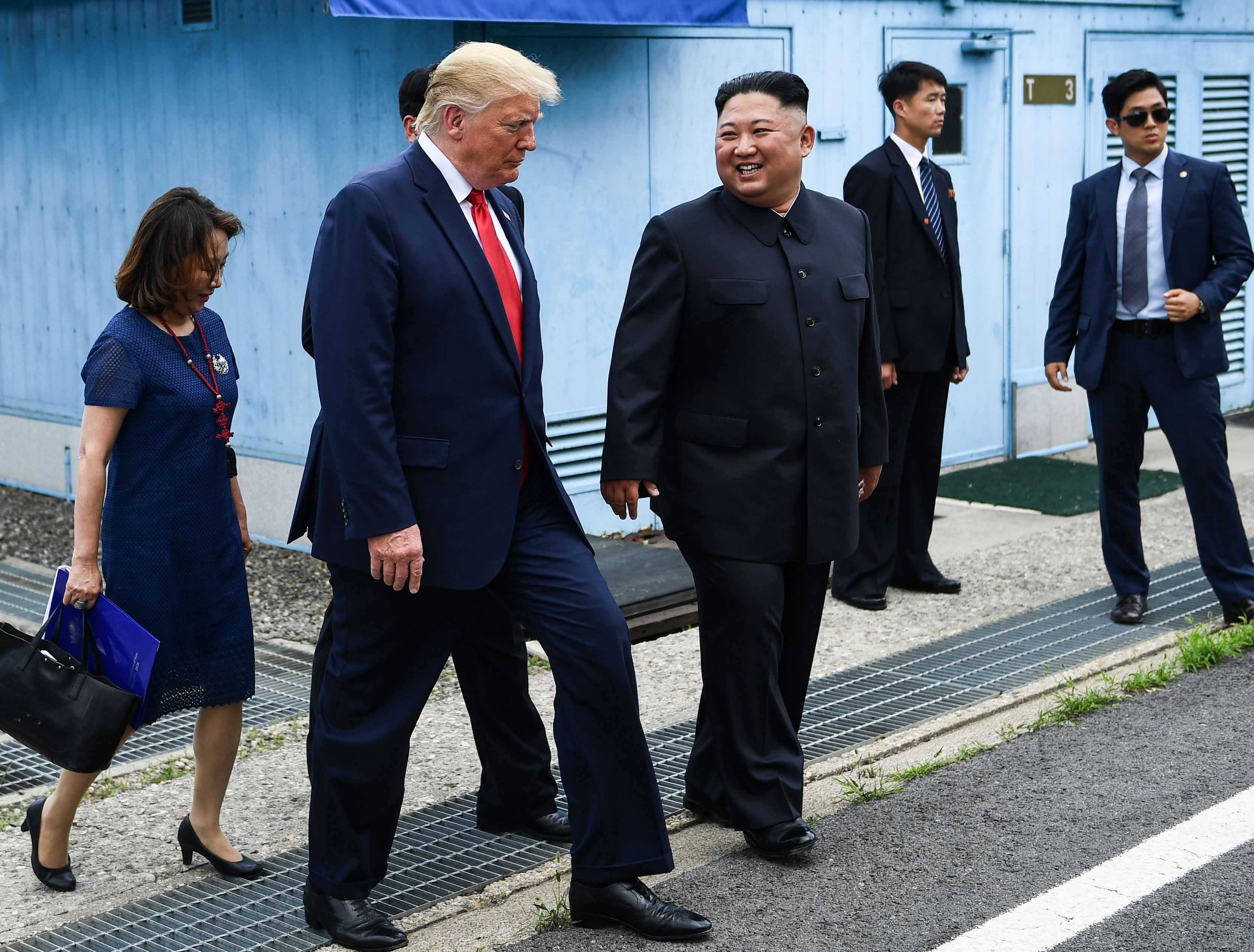 Trump visited Japan for the G20OsakaSummit. Trump had an official meet with the President of China, Xi. Trump confirmed via his tweets that the US has opened up negotiations and will allow Huawei to buy the products from US companies. Trump earlier called Huawei a major threat to US national security and ban the Chinese company. He left Japan for South Korea with Korean President Moon.

"After some very important meetings, including my meeting with President Xi of China, I will be leaving Japan for South Korea (with President Moon). While there, if Chairman Kim of North Korea sees this, I would meet him at the Border/DMZ just to shake his hand and say Hello(?)!".

Trump's historic visit to North Korea might become a huge bonus for his second term for the 2020 US Presidential campaign.

He tweeted about his 3-days visit to Asia, "So many amazing things happened over the last three days. All, or at least most of those things, are great for the United States. Much was accomplished!".