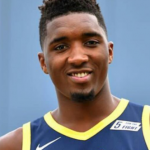 Donovan Vernell Mitchell Jr. professionally named Donovan Mitchell is a famous basketball player from the USA who is currently playing for the Utah Jazz of the NBA. For Louisville Cardinals, he played college basketball and later, he was selected by the Denver Nuggets with the 13th overall pick in the 2017 NBA draft. Then, he was traded to the Utah Jazz. His jersey number is 45. Overall, he is a very talented basketballer. 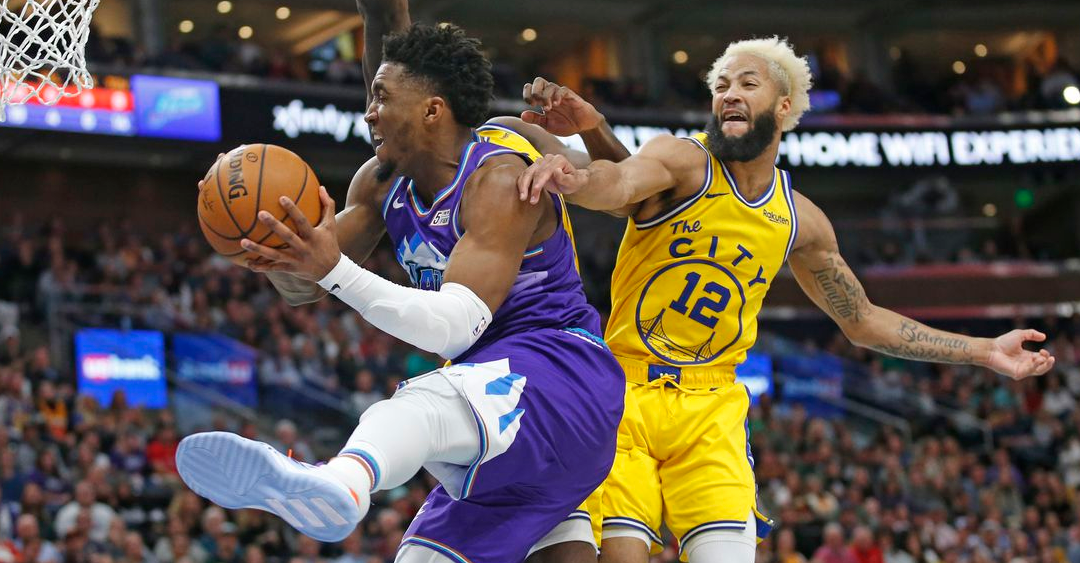 Donovan Mitchell was the second NBA player that tested positive for the coronavirus after his teammate, Rudy Gobert, became the first player to test positive. Gobert had been careless in the locker room in terms of touching other players and their belongings despite warnings about the severity of the situation. On Thursday afternoon, Mitchell took to Instagram to confirm the fact that he had tested positive for the coronavirus, and to thank those that had reached out to him since the news broke. On Saturday, Mitchell provided an update via video and told fans that he feels fine, and is spending his time in isolation playing video games. "Just want to say thank you guys so much for your continued support. It means a lot to me," the 23-year-old Mitchell said. "I feel fine. Things are going well. Just taking the proper precautions as told to me by the authorities. I was told to stay in isolation, so, solo in here, playing videogames all day. Can't wait to get back out there and play in front of the best fans in the world. Really miss playing in front of you guys and I'll see you guys soon." The league announced it has suspended the current season after Wednesday night's matchup between the Jazz and Oklahoma City Thunder was postponed as a result of Gobert testing positive. The contest between the Jazz and Thunder was the first of two games that was canceled on Wednesday night, as the game between the Pelicans and Kings was also called off.

What is the birthplace of Donovan Mitchell?

On 7th September 1996, Donovan Mitchell was born in Elmsford, New York, the USA as  Donovan Vernell Mitchell Jr. His nationality is American and his ethnicity is Mixed. As of 2019, he celebrated his 23rd birthday. He was born to Donovan Sr. and Nicole, his parents. He spent his childhood around Major League Baseball locker rooms. He also has a younger sister named Jordan. He played AAU basketball for both The City and the Riverside Hawks programs out of New York City. In the year 2010, Mitchell was present at the Boys and Girls Club of Greenwich when LeBron James announced to the world his decision to sign with the Miami Heat. He attended Brewster Academy High School and later he went to Louisville College.

For Which Team Donovan Mitchell is Playing For? 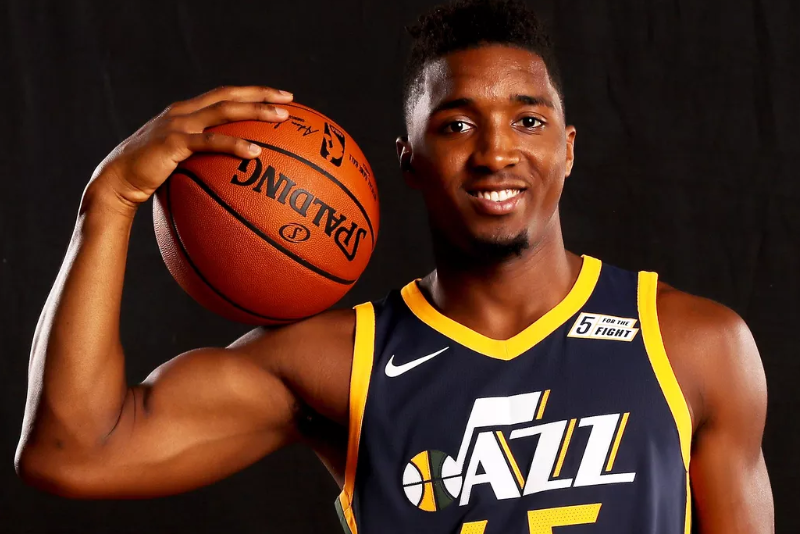 How much is Donovan Mitchell's Net Worth?

Who is Donovan Mitchell Dating?

Donovan Mitchell is not a married person. Previously, he was in a relationship with Deja Lighty. More information about their affairs has not been revealed yet. The duo quit their relationship in 2019. After their separation, he was seen with another girl. Information about his new girlfriend will be added soon once we get information about it. His sexual orientation is straight and he is not gay.

How tall is Donovan Mitchell?

Donovan Mitchell is a very handsome basketball player with a charming personality. He stands at a tall height of 1.85 m or six feet one inch. His balanced weight consists of 98 Kg or 215 lb. His other body measurements have not been revealed yet but it will be added once we get information about it. His body build is athletic. On 12th March 2020, he tested positive for COVID-19, making him the second NBA player to contract the disease, after teammate Rudy Gobert.

Trivias About Donovan Mitchell You Need To Know.