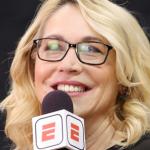 She was an athletic player in college who entered the Basketball Hall of Fame as the 2018 Curt Gowdy Media Award winner. She was previously inducted into the Providence College Hall of Fame in 1999.

What is Doris Burke Famous For?

Where is Doris Burke From?

Doris Burke was born on 11 April 1965. Her birth name is Doris Sable. Her birth place is in West Islip, New York in the United States. She holds an American nationality. Her home town is Manasquan, New Jersey where she moved at the age of seven. Information about her parents is not available at present. She has seven older siblings. She belongs to the white ethnicity and her religion is Christianity. Her zodiac sign is Aries.

Regarding her educational background, she attended Manasquan High School. She started playing basketball in the second grade and played as a point guard at Manasquan. Following her outstanding high school career, she was recruited by several eastern colleges. 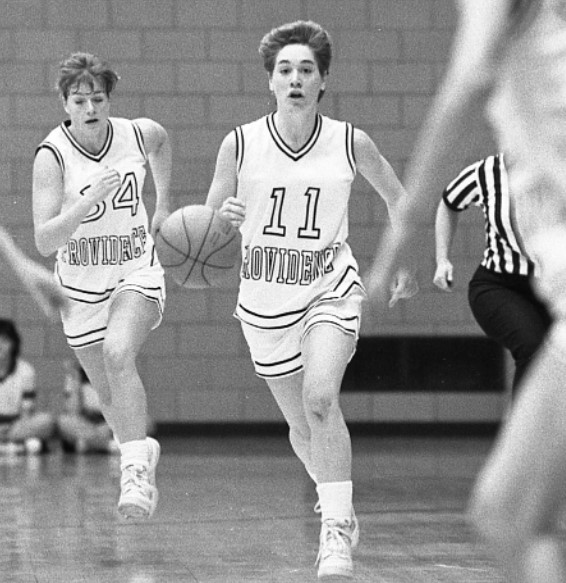 She then attended Providence College in Providence, Rhode Island where she played for the Providence Friars women's basketball team. She led the Big East Conference in assists during her freshman year and was named second-team All-Big East Player once and all-tourney team of the Big East Women's Basketball Tournament twice. She was named the college's Co-Female Athlete of the Year as a senior. She left Providence as its all-time leader in assists and was inducted into the Providence College Hall of Fame in 1999. She graduated with a bachelor's degree in health service administration/social work. She later obtained her master's degree in education.

Who is Doris Burke Husband?

Doris Burke is currently single. She was previously married to Gregg Burke. Her husband is the current head golf coach at the University of Rhode Island. Together, they share two children, Sarah, and Matthew. They are now divorced.

What is Doris Burke Height?

Doris Burke stands at the height of 1.73 m i.e. 5 ft and 8 inches tall. She has a body weight of around 60 kg. She has a slim body build. Her eye color is brown and her hair color is blonde.

What is Doris Burke Salary and Net Worth?

Doris Burke is one of the veteran sports analysts working for ESPN and ABC. She has been working as an analyst or reporter for over three decades. She signed a multi-year contract extension with ESPN in October 2013. Burke is reportedly paid a handsome salary of around $1 million at ESPN. At present, her net worth is estimated at around $4 million.

Trivias About Doris Burke You Need To Know.