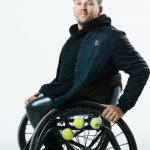 Dylan Martin Alcott, known as Dylan Alcott is an Australian wheelchair tennis player, wheelchair basketball player, radio host, and motivational speaker who was a member of the Australia men's national wheelchair basketball team, known colloquially as the Australian "Rollers". He gained fame when he helped the Australian national wheelchair basketball team won a gold medal at the 2008 Summer Paralympics. He also became the youngest "Rollers" gold medal winner at the 2008 Beijing Paralympics and was the youngest to compete in the Wheelchair Basketball competition at the age of 17. Dylan became a paraplegic after doctors had to remove a tumor that was wrapped around his spinal cord when he was an infant. He also reached the rank of 4th in the world under-18s in wheelchair tennis. He currently works as a motivational speaker and as a radio host on Triple J. Moreover, he became the third professional tennis player and the only male player to win the calendar year Golden Slam in 2021.

Dylan Alcott has been left choked with emotion after becoming the first man in any form of tennis to earn the calendar year golden slam of all four major titles and Paralympic or Olympic gold at the US Open. The 30-year-old Melburnian looked close to tears as he admitted after his emphatic 7-5, 6-2 triumph over Dutch teenager Niels Vink in the quad singles final on Sunday that this could have been his farewell to Flushing Meadows. And if it is the last time the New York slam sees this remarkable Australian entertainer, Alcott was happy to leave them with a typically effervescent farewell.

"Thanks for making the dreams of a young fat disabled kid with a really bad haircut come true because I can't believe I just did it!" he told the Louis Armstrong Stadium crowd. "I just can't believe I just won the golden slam!" After praising Vink for pushing him to a new level, Alcott told the crowd: "I used to hate myself so much, I hated my disability, I didn't even want to be here anymore and then I found tennis and it changed and saved my life. "And now I'm the only male in any form of tennis to win the golden slam, which is pretty cool." 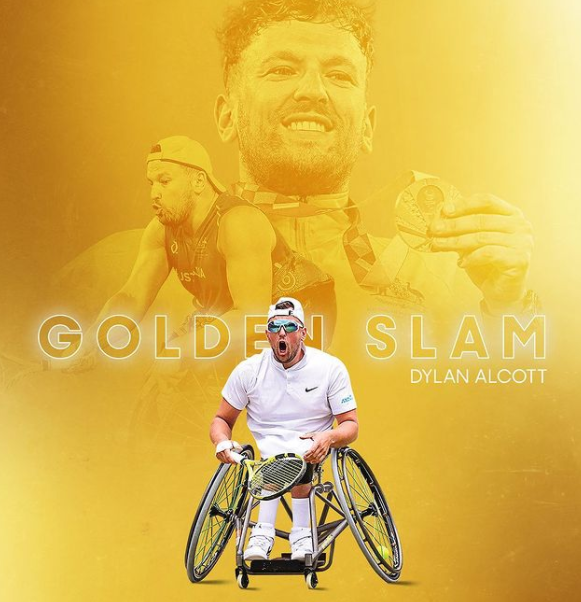 What is Dylan Alcott Real Name?

Dylan Alcott took birth on 4th December 1990 with the real name of Dylan Martin Alcott in Melbourne, Victoria, Australia. He is Australian by nationality and Australian-white by ethnicity. Similarly, his religious belief is in the Christian religion. Dylan's present age is 30 which he celebrated back in 2020 and as per his birthdate, his zodiac sign is Sagittarius. He is the son of his father, Martin Alcott, and his mother, Resie Alcott. He has an older brother named Zack.

Regarding Dylan's education, he attended Brighton Grammar School from year 6 and competed for Victoria in swimming, and Australia for wheelchair tennis and wheelchair basketball. Alcott graduated from Brighton Grammar school in 2008 whereas he also has a Commerce degree from the University of Melbourne.

What does Dylan Alcott do for a living? 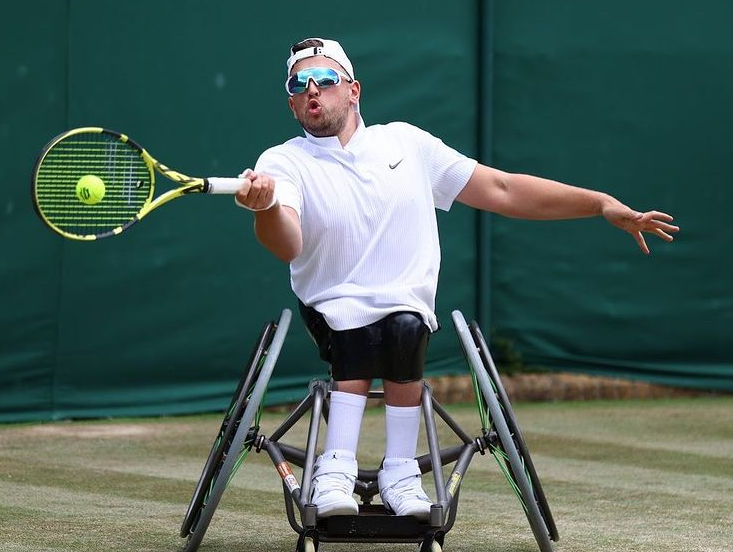 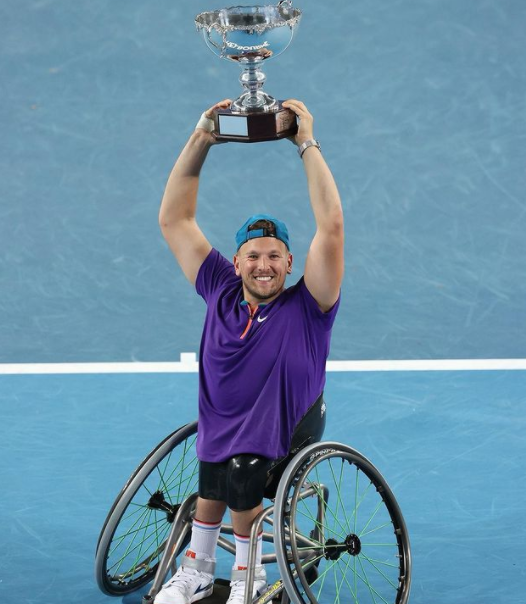 Who is Dylan Alcott Dating?

Dylan Alcott is an unmarried guy. He is dating his beautiful girlfriend Chantelle Otten who is a sex therapist. Alcott's relationship with Chantelle Otten has been going from strength to strength since getting together in late 2018. Although Dylan is physically disabled, Otten is so supportive of him. There's much love between the two. Basically, her understanding and their strong love bond have helped them stay glue for this long. Talking about his sexual orientation, he is straight. 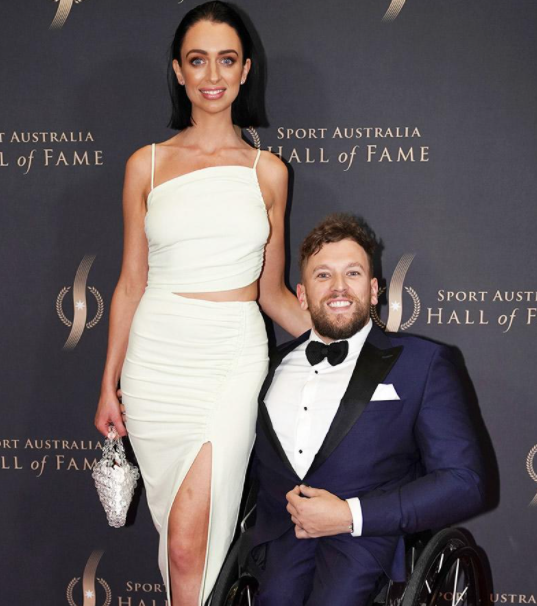 What is the Net Worth of Dylan Alcott?

Dylan Alcott has a net worth of between $1 million to $5 million as of 2021. He has also a fine amount of salary which is also in thousands of dollars per year. Like every other sportsperson, Alcott has earned a lot through brand endorsements. He is currently reported of teaming up with Nike and ANZ Bank for a special purpose. He has sponsored the world-famous sportswear brand Nike. In the meantime, his success at the international level has a major share in his net worth. In addition, his major source of income is from his wheelchair tennis player, wheelchair basketball player, radio host, and motivational speaker career.

How tall is Dylan Alcott?

Dylan Alcott has great personality as he's got a standard height and a convincing appearance. He has good-looking brown hair and dark brown eyes color. Dylan's body build type is athletic. Furthermore, he was born with a tumor wrapped around his spinal cord which was operated on during the first few weeks of his life. The tumor was successfully cut out; however, it left Alcott a paraplegic, requiring him to use a wheelchair.

Trivias About Dylan Alcott You Need To Know.