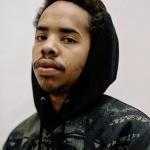 Thebe Neruda Kgositsile, popular by his stage name Earl Sweatshirt is an American rapper and record producer. He is also the member of hip-hop group, Odd Future, along with Tyler the Creator. He is also known by the name Sly Tendencies, Randomblackdude, DJ Earl Fletcher, and Dar Qness. He is often called a "hip-hop prodigy". He earned recognition and received critical praise following the success of his debut mixtape, Earl, released in March 2010. At the time, he was just 16 years old. In 2011, he was branded as the most exciting emerging rapper. Recently, he has released his third studio album, Some Rap Songs., themed around his father's death.

As preannounced, Earl Sweatshirt has released his third studio album titled, Some Rap Songs on 30 November 2018. He stated that this album is based on the theme around his father's death. The album contains 15 tracks including "The Mint", "Red Water", "December 24", and "Playing Possum". He has released his third studio album almost after three years. His last album, "I Don't Like Shit, I Don't Go Outside" was released in March 2015.

The real name of Earl Sweatshirt is Thebe Neruda Kgositsile. He was born on 24 February 1994 in Chicago, Illinois in the United States. He was born to Keorapetse Kgositsile and Cheryl Harris. His father was a South African poet and political activist, whereas his mother was a law professor at the University of California, Los Angeles. He has a brother named Randy Mafalanka. His father died at the age of 79 due to illness on 3 January 2018 in South Africa. He holds American nationality and belongs to black ethnicity. His birth sign is Pisces.

He attended the UCLA Lab School in Los Angeles. Then, he attended New Roads High School and Middle School in Santa Monica. He started rapping at a very young age.

Earl previously dated model Mallory Llewellyn in 2013. Their relationship ended because of Earl's drug problems. He then dated another model Kinda Salty in 2014. This relationship did not work out either after Kinda suspected him cheating on her.

He currently lives in Hollywood, California. He briefly lived in Samoa, as his mother send him to reform boarding school to deal with his drug habits. He successfully overcame his drug problems but relapsed having returned to the United States.

Net Worth of Earl Sweatshirt

The American rapper and record producer has an estimated net worth of $4 million, as of 2018. He earned his fortune via his exceptional talent in hip-hop music. Most of his wealth comes from his rap career. He has a successful career ahead of him which will eventually increase his net worth in the future.

Trivias About Earl Sweatshirt You Need To Know.