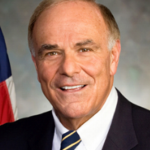 Edward Gene Rendell famed as Ed Rendell is an American lawyer, prosecutor, politician, as well as an author. He is also a member of the Democratic Party who served as the 45th Governor of Pennsylvania from 2003 to 2011 as well as he served as chair of the national Democratic Party, and the Mayor of Philadelphia from 1992 to 2000. Rendell currently co-chairs the Bipartisan Policy Center's Immigration Task Force. Overall, he is a very talented politician.

Elizabeth Warren is a hypocrite. That’s the message from Ed Rendell ahead of Thursday night’s Democratic presidential primary debate. Rendell, the former Philly mayor, former Pennsylvania governor, former chair of the Democratic National Committee, and current player on Team Joe Biden, lobbed the charge at Warren in a Washington Post-op-ed titled “I like Elizabeth Warren. Too bad she’s a hypocrite.” When Warren announced her current presidential campaign, she said she’d shun big-ticket fundraisers, but then she transferred more than $10 million from her U.S. Senate reelection campaign fund into her presidential campaign fund, and much of that money came from larger donations. If she weren’t a hypocrite, Rendell argues, she would have transferred money that came from smaller donations only. Warren criticized Biden for his “swanky private” fundraiser that happened in Philadelphia in April, and Rendell points out that nearly 20 of the attendees at that Biden fundraiser, which Rendell helped organize, gave Warren $2,000 and up in 2018 at similar fundraisers for her. Rendell also called Donald Trump not just a hypocrite but for a “blowhard hypocrite” after it became apparent that while Trump was telling American business leaders to bring overseas jobs back home, many Trump-branded products are made overseas. Not to mention the fact that Rendell’s candidate Biden has been blasted as a hypocrite on matters much more serious than anything Rendell could possibly throw at Warren.

Ed Rendell was born on 5th January 1944 as Edward Gene Rendell in New York, the USA. His nationality is American and his ethnicity is White. As of 2019, he celebrated his 75th birthday with his friends and families. His is the son of Emma (nee Sloat) and Jesse T. Rendell. His parents were Jewish, and all four of his grandparents were immigrants from Russia. Regarding his education, he attended Riverdale Country School before the University of Pennsylvania, where he joined the Pi Lambda Phi fraternity in 1962 and earned a B.A. degree, 1965, and Villanova University School of Law, Juris Doctor, 1968. He served as a 2nd Lieutenant in the U.S. Army Reserve from 1968 to 1974.

Ed is a very handsome person with a charming smile on his face. His body build is average. He has got a perfect height matching with his body weight. Unfortunately, his body details regarding his height, weight, and other body measurements have not been revealed yet. Overall, he has got a healthy body.

Ed is a married person. He was married to Marjorie Rendell. They married on July 10, 1971, and have one son, Jesse. Ed and Marjorie Rendell announced their separation shortly after he left office in 2011. They filed for divorce in September 2016. As of today, he is living a happy life without any disturbances. Rendell acknowledged that he has dealt with Parkinson's disease for over three years in a press conference at the University of Pennsylvania hospital in June 2018.

Net Worth of Ed

The net worth of Ed Rendell will be surely in millions as he is one of the successful politician. His net worth is estimated to have in between $1 Million to $10 Million as of 2019. His salary is under review and his primary source of income is from a politician career. Overall, he is satisfied with his earnings.