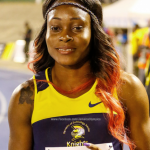 Elaine Thompson-Herah is a Jamaican track and field sprinter specializing in the 100 meters and 200 meters. She won gold medals in both events at the 2016 Rio Olympics, where she added a silver in the 4×100 m relay. Additionally, she took silver in the 200 m at the 2015 World Championships and gold in the 4x100 m relay. Her breakthrough came in 2015 when she achieved her first mark below 11 seconds in the 100 m and set her personal best of 21.66 s in the 200 m. She was the 2019 Pan American Games champion and a two-time Diamond League winner as well. She took gold in the 100 m at the 2020 Tokyo Olympics, becoming the fastest woman alive with her currently second fastest time of 10.61 s in women's history. At the present, she also ranks as the sixth-fastest woman of all time in the 200 m. She currently trains under Stephen Francis, who is also the former coach of legendary athlete and Elaine’s compatriot, Shelly-Ann Fraser-Pry. She is nicknamed 'Sprint Queen'.

Elaine Thompson-Herah won the 100-m race on Saturday night at the Olympic Stadium in Tokyo, Japan. So the defending 100-m Olympic champion pointed at the scoreboard before the finish, just like fellow Jamaican, Usain Bolt, did at the 2008 Beijing Games. Her final time in the race was 10.61 seconds, a new Olympic record, breaking Florence Griffith-Joyner’s 10.62 marks from the 1988 Olympics. It was the second-fastest 100-m time in history. Jamaica swept the 100-m race on Saturday, further cementing the island nation’s sprinting dominance; behind Thompson-Herah, Shelly-Ann Fraser Pryce took second, running 10.74 seconds, while Shericka Jackson took bronze in 10.76 seconds. This marks the second time in the last four Olympics that three women from Jamaica won all the 100-m medals. In Beijing in 2008, Fraser-Pryce won gold, and Sherone Simpson and Kerron Stewart tied for second.

Why is Elaine Thompson-Herah so famous? 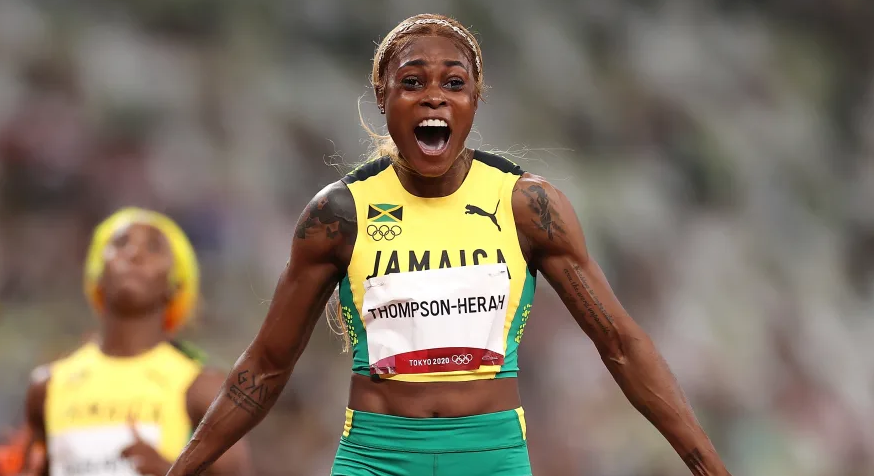 What is Elaine Thompson-Herah Nationality?

Elaine Thompson-Herah was born on 28th June 1992 in Manchester, Jamaica. She holds Jamaican nationality and her ethnic background is Jamaican-African. Her race is Black. As of 2021, she celebrated her 29th birthday. Cancer is her Zodiac sign and her religion is Christian. About her parents, she was born to her father, Keith Thompson, and her mother, Rose Richards.

Concerning her education, Elaine Thompson-Herah attended Christiana High School and later Manchester High School. During her high school time, she was a good but not outstanding a scholastic sprinter. Her best result at the Jamaican ISSA Grace Kennedy Boys and Girls Championships came in 2009 when she placed fourth in Class Two 100 meters in 12.01 seconds. In the year 2011, her final year at Manchester High, she was left off the track team for disciplinary reasons. After high school, she was recruited to the University of Technology, Jamaica by Paul Francis, brother of MVP Track Club head coach Stephen Francis. With MVP coaching, her times started improving steadily.

How was the Career of Elaine Thompson-Herah?

Who is Elaine Thompson-Herah married to?

Elaine Thompson-Herah is a married woman. She tied a knot to her husband, Derron Herah who is a former athlete and coach by profession. Currently, the happily married lovebird is enjoying their present life a lot. Her husband is very loyal and supportive to her. Her sexual orientation is straight. 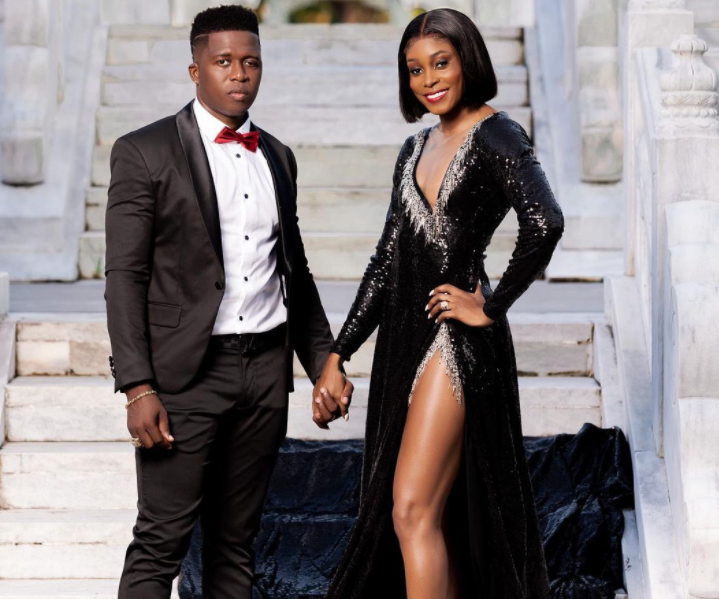 How much is Elaine Thompson-Herah Worth?

Elaine Thompson-Herah is a well-recognized and talented track and field sprinter whose net worth is estimated to have $4 Million as of 2021. She created history by winning 100 and 200m golds at the 2016 Rio Olympics, becoming the first woman to do so in 28 years.  She also bagged gold at the World Championships in 2015 and is a two-time Commonwealth Games medalist, having won gold in 2014 and silver in 2018. She then went on to win gold at the 200m event after completing her race in 21.78 seconds to become the first female athlete since Florence Griffith Joyner to bag two gold medals at the Olympics. As of today, her exact earnings and salary is unavailable at a moment. Without a doubt, she is living a lavish lifestyle. Her main source of wealth comes from the sports industry.

How tall is Elaine Thompson-Herah?

Elaine Thompson-Herah is a very beautiful woman with an athletic body build. She has a perfect height of 1.67 m with a balanced bodyweight of 57 KG. Her hair color is black and she has a pair of black eyes. Overall, she has got a healthy body and she frequently does exercise to maintain her body posture. She has got very attractive body measurements as well.

Trivias About Elaine Thompson-Herah You Need To Know.