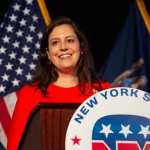 Elise Stefanik is a 35 years old American politician and a republican democrat. She is currently serving as the U.S. Representative for New York's 21st congressional district since 2015. Stefanik was also the youngest woman ever elected to Congress in the House election in 2014. Stefanik is one of the supporters of the LGBT community. In November 2019, she performed as a key defender of President Trump in the impeachment inquiry of President Trump.

What is Elise Stefanik Famous for?

Where is Elise Stefanik From?

Elise Stefanik was orned on July 2, 1984, in Albany, New York, United States. Her birth name is Elise Marie Stefanik. Her nationality is American. Stefanik belongs to White ethnicity while Cancer is her zodiac sign.

Elise Stefanik was born in a well-to-do family with a business background. Stefanik is the daughter of Ken Stefanik(father) and Melanie Stefanik(mother). Her parents own a plywood business in the Albany area. Stefanik was raised in her hometown where she attended Albany Academy for Girls. She has a sibling brother, Matt Stefanik.

After graduating, she joined Harvard University earning a degree in Government in 2006. At Harvard, she was awarded the Women's Leadership Award. After she got graduated from Harvard, she worked as staff to the Domestic Policy Council after joining the administration of President George W. Bush.

Stefanik also worked for the White House Chief of Staff for Joshua Bolten. She also helped to prepare the GOP platform and served as director of new media for Tim Pawlenty's presidential exploratory committee, and also worked at the Foundation for Defense of Democracies and the Foreign Policy Initiative. 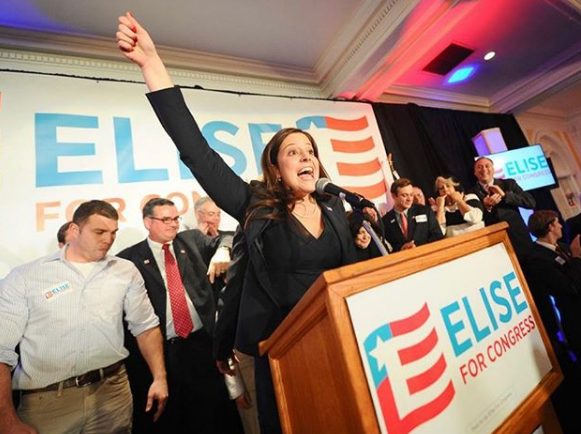 Who is Elise Stefanik Married to?

The beautiful politician, Elise Stefanik is a married woman. Stefanik is married to her husband, Matthew Manda. Manda works as the marketing and communications director for "Media Group of America" in Virginia. The couple met for the first time while they were at Washington D.C. in 2012. After dating for a few years, on August 19, 2017, Stefanik got married to Manda at the Hall of Springs pool in Saratoga Spring.

Currently, the couple is residing at Schuylerville, New York. They have no children yet. 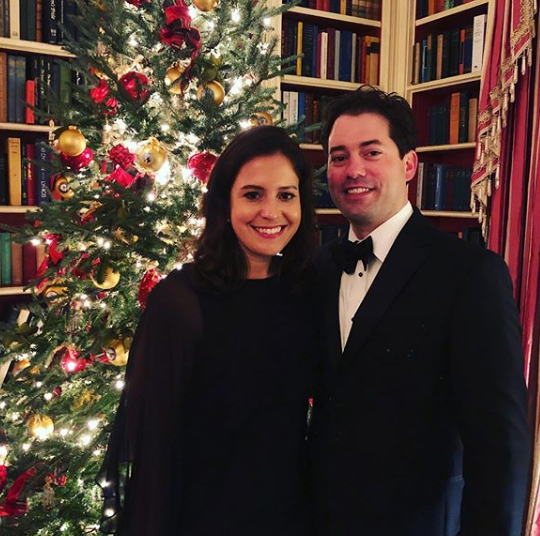 What is the net worth of Elise Stefanik?

The 35 years old beautiful lady politician, Elise Stefanick has quiet a good earning through her professional career as a politician and House representative. Stefanik has managed to amass a fortune worth million dollars from her several posts at the governmental sector. Her estimated net worth is $1.8 million.

Besides, she owned a townhouse near Capitol Hill in Washington, D.C., worth $1.3 million.

How Tall is Elise Stefanik?

Elise Stefanik is a gorgeous lady with a charming personality. Stefanik has a well maintained slim body physique. She stands tall with a height of 5ft. 4inch.(1.63m) while her body weighs around 59kg(130 lbs). She has fair complexion with brown hair and brown eyes.