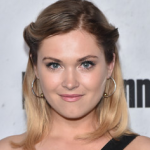 If you have ever watched the Australian soap opera Neighbours then you must be familiar with the character named Janae Timmins portrayed by Eliza Taylor. Eliza is widely recognized as an Australian actress, currently playing the role of Clarke Griffin in the CW drama series The 100 since 2014. Read the article until to the end and find out all the information regarding her age, bio, net worth, partner, movies, body measurements and many more. Stay tuned with us and keep scrolling down.

‘The 100’ co-stars Eliza Taylor and Bob Morley announced to the world that they recently got married in sweet messages on June 7.

Congratulations are in order for Eliza Taylor, 29, and Bob Morley, 34. The actors, who play the beloved Clarke and Bellamy on the hit CW show The 100, revealed that they are together and got married recently. Their wedding announcement comes as a surprise to everyone. This is the first time Eliza and Bob have announced publicly that they are in a relationship.

She also posted a photo of her wedding. Eliza and Bob are holding hands and their rings are in full view. Eliza is wearing a gorgeous lace dress and carrying a stunning bouquet of flowers. Bob also tweeted about the nuptials. “It is with such a full heart that I call @MisElizaJane my wife This is something we both cherish very deeply and are beyond happy. Please remember to be respectful and kind to one another. Be well be kind,” he tweeted.

The 100 is currently in its sixth season. The show has already been renewed for season 7. Many fans have been shipping Eliza and Bob’s characters on the show for years now. Bellarke is what fans have dubbed Bellamy and Clarke’s ship name. Their characters are not together on the show (yet), but Eliza and Bob will live happily ever after together.

What is Eliza Taylor known for?

Who are the parents of Eliza Taylor?

Eliza Taylor was born in Melbourne, Victoria, Australia. She has two siblings a brother and a sister. Talking about her early life, Eliza grew up with her mother after her parents got separated. Furthermore, her mother is a graphic designer and an author and her step-father is a comedian. While her biological father used to run a cafe in Melbourne.

Concerning in her education, Eliza completed her high school education from Calder High School. In her childhood, she wanted to become a marine biologist. However, in her teens, she began to take part in various drama and started to learn acting.

When did Eliza Taylor pursue her acting career?

How much net worth is Eliza Taylor owns?

Talented and pretty Australian actress, Eliza earns a good amount of money from her acting professions. She has featured in several movies and TV series through which she receives a decent amount of money.

According to some online sources, a TV star averagely makes a salary that ranges from $150k to $1 million. Moreover, Taylor owns a house in Los Angeles and has a Bentley worth $189k to $335600.

Is Eliza Taylor dates someone?

Reflecting her personal life, Eliza Taylor and Bob Morley shock fans with a surprise marriage. The couple tweeted the announcement of their recent marriage, having kept the word of their relationship from six years of co-starring in the CW drama largely under wraps.

Previously, it was rumored that she was dating Lincoln Lewis but as none of them confirmed their relationship, no one knows whether they were actually dating or not. Again she was linked to another handsome hunk, Brett Tucker.

Moreover, she has been pretty engaged in social networking sites such as Facebook and Instagram. She has over 95.1 thousand followers on Twitter and this proves her stardom in the site.

How tall is Eliza Taylor?

Glancing at her body statistics, Eliza is a gorgeous Australian beauty with a height of 5 feet 5 inches and weighs 57 kg. Furthermore, she has attractive blue eyes and gorgeous blonde hair. Her bra size is 38 inches, waist 27 inches, and hip size is 35 inches.

Trivias About Eliza Taylor You Need To Know.