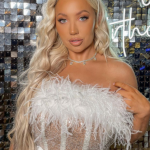 Elle Darby is a British YouTuber, Vlogger, Fitness Model, and Social Media Influencer who specializes in beauty, lifestyle, and fitness vlogs. Her self-titled channel YouTube called 'Elle Darby' has over 600k subscribers which she launched on 27th February 2014. Her first video on the channel is titled 'HAIR AMORE INTRODUCTION' which she posted on 12th January 2015 and her second video on the channel is titled 'HOW TO: APPLY & STYLE THE HAIR AMORE PONYTAIL' which she posted on 12th January 2015. She came to fame in 2015 after she documented her one-year-long transformation journey on YouTube which left many people shocked and inspired. She is also popular among her fans for posting gym session vlogs, dietary advice, makeup tutorials, and other health-related content on her channel. Her most popular video on the channel is 'POST BIKINI SHOW FOOD| 10,000KCAL CHALLENGE’ which she posted on 22nd September 2016. Moreover, she is also the owner of the Angelle Collection clothing brand. Her Instagram handle is @elledarby_ and has 748k followers. On 11th May 2021, he released his book entitled "Inside Allenwood" by Giles Darby.

Elle Darby has issued a groveling apology after her vile racist tweets resurfaced - sparking intense backlash from her fans. She apologized to her 770,000 Instagram followers after the series of "shameful" old messages came to light, in which she insulted various minority groups and used racial slurs. She was forced to address the spiteful and racist tweets she wrote when she was a teenager. She caused backlash for offending different ethnic groups - including calling "foreign people" "meatheads" who "speak in grunts." She said that she was ashamed of her historic tweets and that she wanted to "take responsibility for my actions." In one resurfaced tweet from 2011, the influencer wrote: "I hope this Polish t*** driving my bus this morn who nearly kicked me off cus I didn't have my pass crashes." Another from the same year read: "Why do foreign people follow me? I don't speak your grunts, meatheads." Further, she wrote: "I just hate Polish people and Indians really."

What is Elle Darby Famous For? 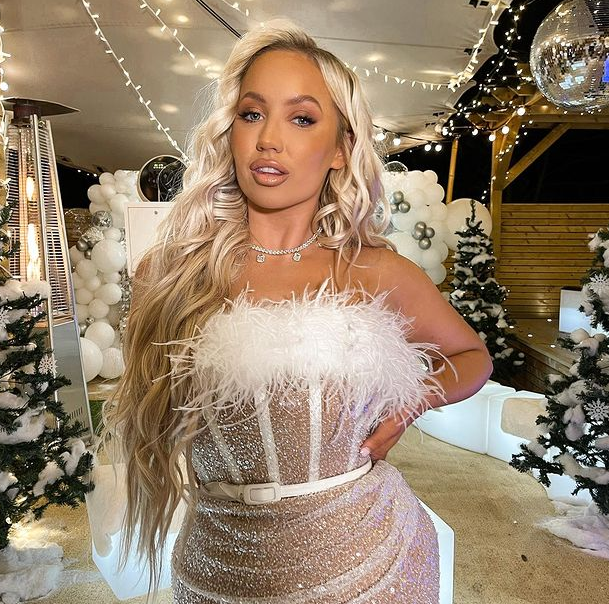 Who are the Parents of Elle Darby?

Elle Darby was born on 9th December 1995 which makes her the present age of 26 as of 2022. She is from Trowbridge, Wiltshire, England. She holds British nationality and her ethnicity is Mixed. As she was born in the month of December, her zodiac sign is Sagittarius. Talking about her religion, she follows Christianity. About her family, she is the youngest daughter of four born to her father, Giles Darby, and her mother, Jane Darby. Her dad, Giles was extradited to the United States and went to imprisonment for fraud charges in the year 2006. She has four siblings, and one of her elder sisters names is Lucy Jessica Carter with whom she spent her childhood.

About her educational background, she graduated from the University of the West of England in Bristol.

Elle Darby Personal Life: Who is she engaged to?

Elle Darby is not married yet but he is currently engaged to her long-term boyfriend, Connor Swift. By profession, Connor Swift is an online fitness training coach who is also a content creator on Youtube. Connor Swift and Elle Darby got engaged in August of 2020. At present, the due is deeply in love with each other and they are planning to get a married son. Elle officially began dating Connor on 12th July 2014. On their first date, the duo went to watch the movie "22 Jump Street" in 2014. Connor was first featured on her channel on 8th February 2016 with a video titled Boyfriend Tag. The duo first met each other on Instagram. Connor was the one who first tried to initiate the conversation by sending her a direct message. The couple gave birth to their first child (a baby boy named Saint) together on 10th July 2021. Her sexual orientation is straight. Also, she has two pet dogs namely Herbie and Hector. 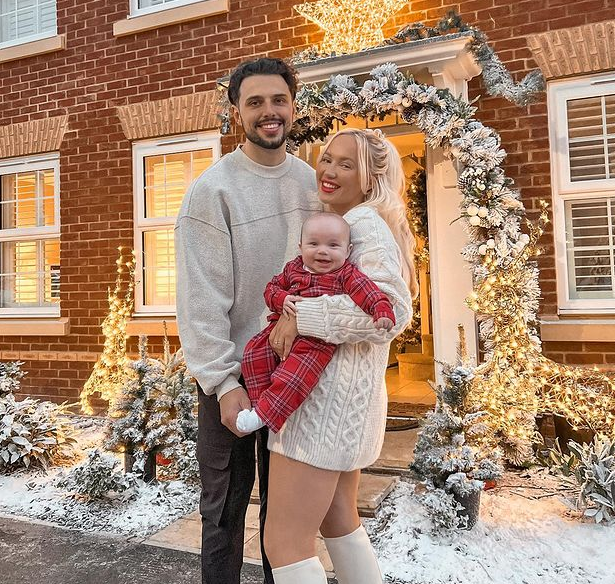 Back then, in 2008, she had a scandal that exposed her at a Dublin hotel. She had asked for a free 5-night stay at White Moose Cafe and Charleville Lodge Hotel in the exchange for publicity. White Moose Cafe and Charleville Lodge Hotel owner Paul Stenson exposed the issue to the public as he posted a screenshot of her email on social media. She did not take that very well and went ahead and responded with a YouTube video that led to a stir online for a number of days. That did not end there as the hotel also requested her to pay up the sum of €4.3m. Including the VAT of the free publicity she also got after the incident went viral.

Elle Darby is a multi-talented and successful social media content creator and a fitness model. She has made a decent amount of earnings and has impressive fame from her career. The net worth of Elle is estimated to have $2 Million as of 2022. She is making an annual salary of around $200K-$500K at present. Her main source of wealth is from modeling, social media platform as well as from monetized YouTube channels. She is living a cool lifestyle at present.

Elle Darby Body Measurements: How tall is she?

Elle Darby is a beautiful model as well as a social media personality who stands tall at the perfect height of 5 feet 5 inches and his balanced weight consist of around 55 kg or 121 lbs. She has a slim body type. Being a fitness model, she has maintained her body a lot by doing frequent exercise. She has fair skin with blonde hair and a light brown pair of eyes. Overall, she has got a healthy body with a charming smile and a glowing face. Her body measurement is 34-26-39 inches and her bra size is 33C. When she was a child, she has had problems with her eye. She has had a lazy eye and she underwent strabismus surgery to correct it. She is currently fine as her eyes are now well. In 2014, she was diagnosed with a brain tumor in autumn 2014. 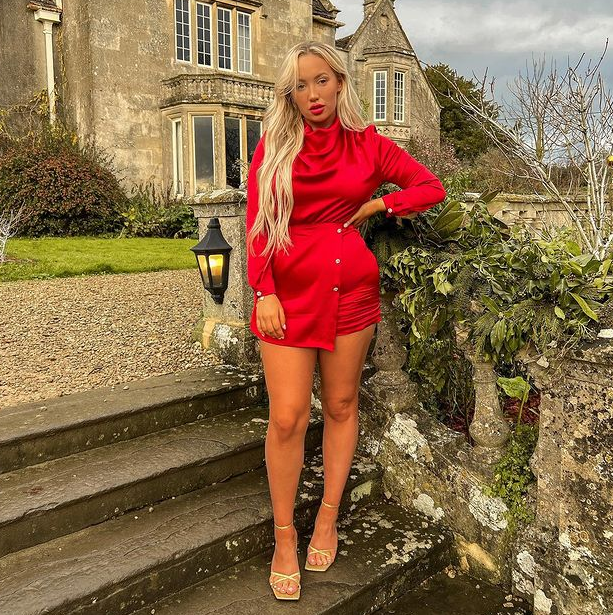