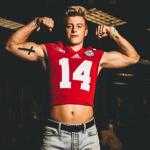 Elliot Brown is an American football player. He plays as a wide receiver. He plays high school football at Elkhorn South High School. He committed to play college football at Nebraska University. He has yet to play professional football. He gained attention after he was introduced as the boyfriend of JoJo Siwa, who is a popular dancer, singer, actress, and a YouTube personality. Siwa hinted at their affair after she posted their couple picture on her Instagram account.

What is Elliot Brown Famous For? 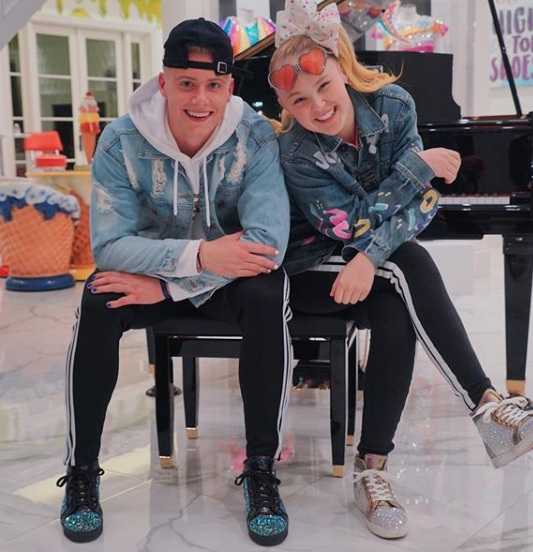 Who is JoJo Siwa?

Where was Elliot Brown Born?

He was born in Nebraska in the United States. He holds an American nationality. He was born to a father, Lance, and Sara. He is a devout Christian. He belongs to White ethnicity.

He attends Elkhorn South High School, where he plays high school football. Following his high school completion, he will play college football at Nebraska University. Despite receiving scholarships from Northwest Missouri State, Augustana, and UNK, he committed to play for NU.

Brown has yet to play professional football as a career. His college performance will determine his professional career.

Who is Elliot Brown Dating?

Elliot Brown is dating JoJo Siwa. She is a popular American dancer, singer, actress, and YouTuber. Siwa made their relationship public via Instagram in February 2020 where she posted a pair photo wearing a matching outfit. The picture was captioned,

"Twinning for the win!! E didn’t have shoes that matched his outfit so i made him wear some fancy sparkly high tops!😆 i’d say we look pretty cool"

Brown also posted their picture on his Instagram@brown.e14.

However, neither of them has given an official confirmation about their affair.

How Tall is Elliot Brown?

Elliot Brown stands tall at a height of 6 feet and 1 inch tall. He has a balanced body weight of 178 lbs. He has an athletic body build. As a rising athlete, he maintains his body well. He has brown eyes and his hair color is blonde. He has a large crucifix tattooed on his bicep.

What is Elliot Brown Net Worth?

Elliot Brown has yet to embark on his professional career as a footballer. He is looking forward to pursuing his career in American football as a wide receiver. His net worth will be updated then.

Trivias About Elliott Brown You Need To Know.