Elon Musk Net Worth - Why is the Tesla and Spacex CEO famous? 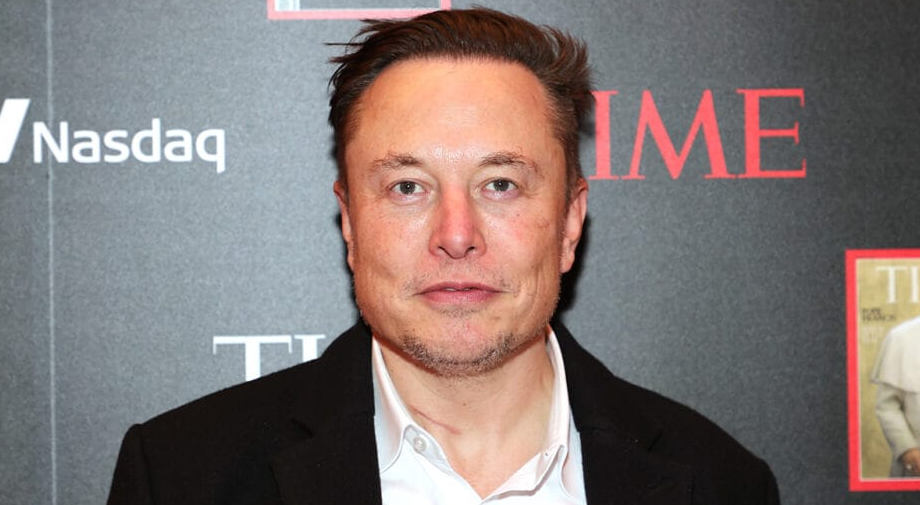 Elon Musk is the co-founder and CEO of Tesla, Inc; an American electric vehicle and clean energy company based in Austin, Texas. Musk leads all product design, engineering, and global manufacturing of the company's electric vehicles, battery products, and solar energy products. In February 2004, via a $6.5 million investment, X.com co-founder Elon Musk became the largest shareholder of the company and its chairman. Since 2008, he has served as CEO of the company. The first Tesla product, the Roadster sports car, debuted in 2009 which was then followed by the Model S sedan in 2012, the Model X SUV in 2015, the Model 3 sedan in 2017, and the Model Y crossover in 2020.

Today, Tesla is one of the world's most valuable companies and remains the world's most valuable automaker with a market capitalization of more than US $1 trillion. The company had the most worldwide sales of battery electric vehicles and plug-in electric vehicles, capturing 23% of the battery-electric (purely electric) market and 16% of the plug-in market (which includes plug-in hybrids) in 2020. As of 2021, Tesla Energy is one of the largest global suppliers of battery energy storage systems, with 3.99 gigawatt-hours (GWh) installed. Tesla operates nearly 400 stores and galleries in more than 35 countries.

Who is Elon Musk?

The 50-years-old, Elon Musk is a technology entrepreneur, investor, and business magnate who is widely recognized for being the founder, CEO, and chief engineer at SpaceX; early-stage investor, CEO, and Product Architect of Tesla, Inc.; founder of The Boring Company; and co-founder of Neuralink and OpenAI. As of April 2022, Elon Musk is the wealthiest person in the world with a net worth of $264 Billion as per the Bloomberg Billionaires Index and the Forbes real-time billionaires list. Initially, Musk co-founded the web software company Zip2 with his brother Kimbal which was then acquired by Compaq for $307 million in 1999. He next co-founded online bank X.com, which merged with Confinity in 2000 to form PayPal. Later, the company was bought by eBay in 2002 for $1.5 billion. He then founded SpaceX, an aerospace manufacturer, and space transport services company, of which he is CEO and Chief Engineer. He joined electric vehicle manufacturer Tesla Motors, Inc. (now Tesla, Inc.) in 2004 as chairman and product architect, becoming its CEO in 2008.  He co-founded OpenAI, a nonprofit research company that promotes friendly artificial intelligence in the year 2015. He also co-founded Neuralink, a neurotechnology company focused on developing brain-computer interfaces in the year 2016. Not only this but also, he founded 'The Boring Company'. Likewise, he is president of the Musk Foundation, which states its purpose is to provide solar-power energy systems in disaster areas as well as to support research and development, advocacy, and educational goals. In November 2021, Musk donated $5.7 billion of Tesla's shares to charity. After the 2022 Russian invasion of Ukraine, Musk facilitated sending Starlink systems purchased by other European nations and private funding to Ukraine for internet access and communication in the besieged country. Later, Ukrainian president Volodymyr Zelenskyy thanked Musk for the support.

Everything To Know About Elon Musk 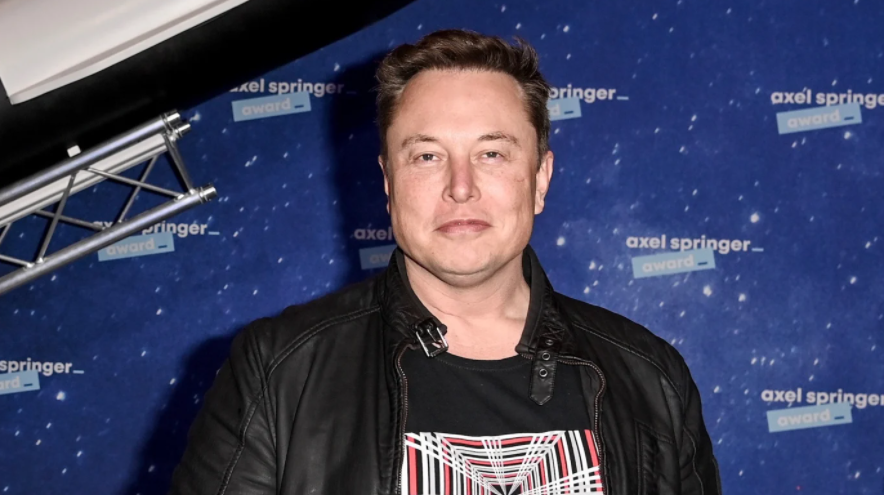 Born on June 28, 1971, in Pretoria, South Africa, Elon Musk is the son of his mother, Maye Musk, and his father, Errol Musk. Elon Reeve Musk is his birth name. He grew up with his two siblings namely Kimbal (born in 1972) and Tosca (born in 1974). He holds American-Canadian-South African citizenship and he belongs to a Mixed ethnic background as he has Pennsylvania Dutch ancestry because his grandmother is British and his grandfather is American from Minnesota. Focusing on his educational qualification, he attended Waterkloof house preparatory school, and Bryanston high school before graduating from Pretoria boys high school.

Previously, Musk made $165 million when PayPal was sold to eBay in 2002. In 2012, he was first listed on the Forbes Billionaires List with a net worth of $2 billion. As of early 2020, his net worth was $27 billion whereas, at the end of 2020, his net worth increased by $150 billion, largely driven by his ownership of around 20% of Tesla stock. In November 2020, he passed Facebook co-founder Mark Zuckerberg to become the third-richest person in the world; a week later he passed Microsoft co-founder Bill Gates to become the second-richest. In January 2021, Musk, with a net worth of $185 billion, surpassed Amazon founder Jeff Bezos to become the richest person in the world. On 27th September 2021, Forbes announced that Musk had a net worth of over $200 billion, and was the richest person in the world after Tesla stock surged. In November 2021, he became the first person with a net worth of over $300 billion.  Around his three-quarters of wealth comes from Tesla. He paid $455 million in taxes on $1.52 billion of income between 2014 and 2018. According to ProPublica, he paid no federal income taxes in 2018. His 2021 tax bill was estimated at $12 billion based on his sale of $14 billion worth of Tesla stock. In 2021, he defended his wealth by saying he is "accumulating resources to help make life multi-planetary [and] extend the light of consciousness to the stars". At present, he uses a private jet owned by SpaceX and acquired a second jet in August 2020. 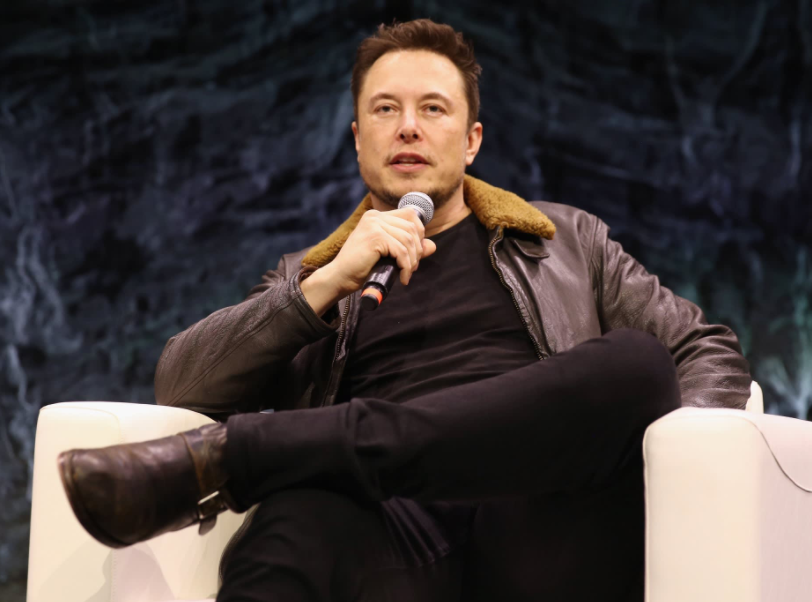 On 14th March 2022, Elon Musk bought 73,486,938 shares in Twitter, 9.2% of Twitter's overall shares, valued in April at $2.89 billion, making him the largest shareholder in the company. This investment led to Twitter's share price increasing by as much as 27%; Twitter shares experienced the largest intraday surge since its IPO in 2013. It was announced in April that Musk would join Twitter's board of directors.

On 25th April 2022, the Twitter board of directors agreed to a $44 billion buyout by Elon Musk, the CEO of SpaceX and Tesla, potentially making it one of the biggest deals to turn a company private. Twitter's board accepted billionaire Elon Musk's offer to buy the social media company and take it private, the company confirmed. "Free speech is the bedrock of a functioning democracy, and Twitter is the digital town square where matters vital to the future of humanity are debated", Musk said in a statement included in the press release announcing the $44 billion deal. "I also want to make Twitter better than ever by enhancing the product with new features, making the algorithms open source to increase trust, defeating the spambots, and authenticating all humans. Twitter has tremendous potential - I look forward to working with the company and the community of users to unlock it".

Why is the Tesla and SpaceX CEO famous?