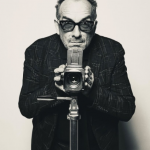 Elvis Costello is a Grammy award-winning English singer and songwriter. He began his career as part of London's pub rock scene in the early 1970s and later became associated with the first wave of the British punk and new wave movement that emerged in the mid-to-late 1970s. He released his debut album "My Aim Is True" was released in the year 1977. His second album "This Year's Model" was released in 1978, and was ranked number 11 by Rolling Stone on its list of the best albums from 1967 to 1987. His third album "Armed Forces" was released in 1979. His recent album included Momofuku (2008), Secret, Profane & Sugarcane (2009), National Ransom (2010), Look Now (2018), Hey Clockface (2020). Besides this, he has also co-written several original songs for films, including "God Give Me Strength" from Grace of My Heart (1996, with Burt Bacharach) and "The Scarlet Tide" from Cold Mountain (2003, with T-Bone Burnett). In January 2022, he performed on "The Graham Norton Show".

Elvis Costello stated that he doesn't "like" much modern rock music because "the beat is so square". He was asked by Rolling Stone what still attracted the rock veteran to writing guitar music, with the singer replying "I don't like much rock music. I like rock & roll. I think if you lose the roll part, a lot of the fun goes out of it." He went on to say that "when people ask me, ‘What's your favourite record?', I usually don't name any electric-guitar records made in the last 30 years because the beat is so square. I like things that float a bit or swing a bit, whether it's rock & roll or actual jazz that swings." "You listen to these records out of Nashville, they couldn't float if you filled them full of water. They just don't; they're square and they sound like bad rock records from the nineties. To my ear, they just do. But somebody likes them," he added. "My grandfather – he was a trumpet player – never used to criticise other musicians. I'm trying to live by his example a little better these times and not be so critical of everybody else. But you can't like everything," he continued. 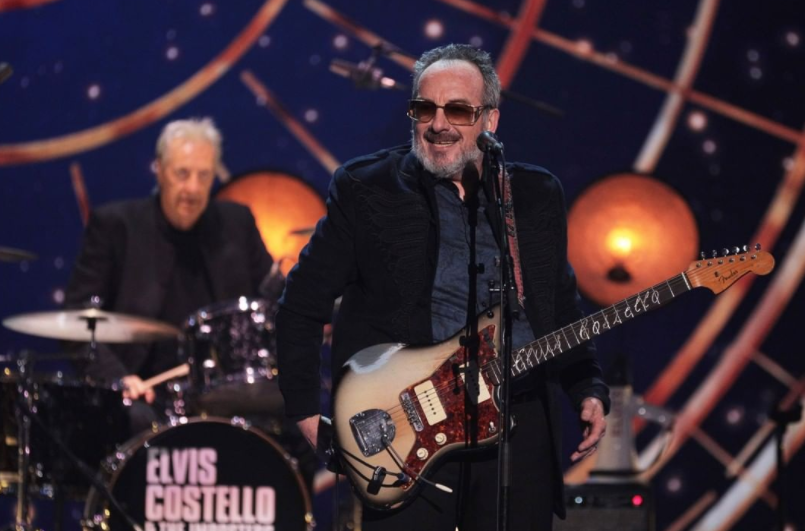 What Nationality is Elvis Costello?

Elvis Costello was born on 25th August 1954, in London, England. His birth name is Declan Patrick MacManus whereas he is known by his stage name Elvis Costello. His ethnicity is Mixed as he has British and Irish descent. His nationality is English. His fathers' name is Ross McManus, who was a British big-band singer and his mothers' name is Lilian Alda, who is one of the record store managers. When he was 7, his parents divorced, and lived with his mother in Liverpool. He has four siblings; brothers namely Ronan MacManus, Kieran MacManus, Ruari MacManus, and Liam MacManus. He celebrated his 67th birthday as of 2021.

About his education, he attended both St. Edmund's Catholic Primary School in nearby Whitton and then Archbishop Myers Secondary Modern R.C. School – which is now St Mark's Catholic School – in neighboring Hounslow. After completing his education at St. Francis Xavier's College in Liverpool, MacManus worked at a number of office jobs to support himself. Then, he formed a pub rock band called "Flip City". His first broadcast recording was with his father in a television commercial for R. White's Lemonade ("I'm a Secret Lemonade Drinker") which aired in 1974. Later, the band disbanded. Then, he was signed in 1976 to independent label Stiff Records on the basis of a demo tape. His manager at Stiff, Jake Riviera, suggested that the singer, then calling himself D.P. Costello, start using the first name, Elvis.

Elvis Costello has won many awards in his career which included:

Who is Elvis Costello Wife?

Elvis Costello is a married man and he has been married three times till now. He was first married to his wife, Mary Burgoyne in the year 1974. The duo is blessed with a son namely Matthew. After ten years, they split via divorce. In 1986, he married his second wife, bassist Cait O'Riordan. In 2002, they separated. After a year, he married a Canadian jazz singer/pianist, Diana Krall. The couple began dating each other back in the 2000s. Later, they married on 6th December 2003. They also have twin sons namely Dexter Henry Lorcan and Frank Harlan James. Today, the duo is enjoying their present life happily without any disturbances. His sexual orientation is straight and he is not gay.

What is Elvis Costello Net Worth?

Elvis Costello is a talented and successful singer who has contributed his many years to the music industry. As of 2022, the net worth of Elvis is estimated to have $70 Million. Whereas his exact salary and career earnings are still to get unfold yet. His main source of wealth is from singing career. He is living a luxurious lifestyle as of today.

How tall is Elvis Costello?

Elvis Costello is a cool singer with an attractive personality and a glowing face. He stands at a height of 5 feet and 10 inches. But his balanced and well-maintained body weight is unknown at present. He has black colored hair and black colored eyes. His other body size is unavailable at a moment. He converted to vegetarianism in the 1980s. In July 2018, Costello canceled the remaining six dates of his European tour on doctor's orders, while recovering from surgery to treat cancer. Costello apologized to his fans and said he initially thought he had recovered enough from the surgery to complete the tour.

Trivias About Elvis Costello You Need To Know.