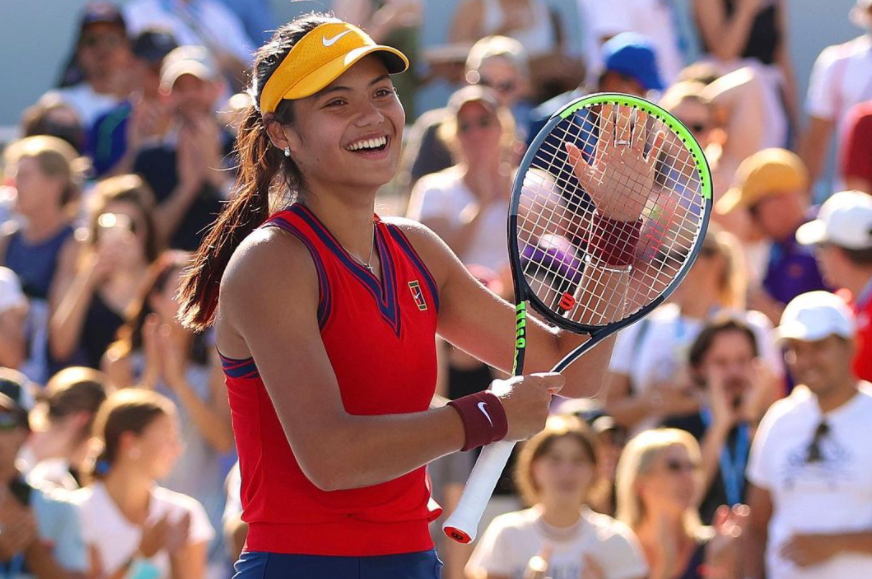 The 19 years old, Emma Raducanu is a British tennis player who started playing tennis at the age of five. She came to the spotlight after winning the US Open and becoming one of the youngest tennis players in the Open era. For her outstanding performance, she has gained millions of fans worldwide. Thus, she became an inspiration to many other young tennis players. Hence, let's explore more about her through this article.

Emma Raducanu was born under the birth sign of Scorpio to her parents in 2002. Currently, she aged 19 years old. She always celebrates her birthday on the 13th November of every year. Although she was born in Toronto, Ontario, Canada, she currently resides in Bromley, London, England, United Kingdom. Her parents are Ian and Renee Raducanu. Both of her parents are Finance Executives by profession. It seems she is an only child of her parents as there is no information available on social media about her siblings yet. Similarly, she holds dual nationality. That is British and Canadian. She belongs multiracial as her father belongs of Romanian descent while her mother belongs of Chinese descent.

Concerning her academic qualification, she studied at Bickley Primary School followed by Newstead Wood School. In 2021, she had completed her A-level exams in mathematics and English. She had obtained an A* in mathematics and an A in economics in her A-Levels.

The professional tennis player, Emma Raducanu recently entered her Youths. Thus, she probably falls in love somehow but the information regarding her love affairs is not public yet. She is quite busy with her tennis games and focuses her career seriously. Let's see in the upcoming days what will be happing in her life. Until then, stay with us for new updates.

Emma Raducanu had been engaged in sports since her tender age. She participated in various sports and activities since her childhood. Thus, she might have earned much-prized money as well. As per the online sites, she won millions of dollars as prized money from the sports industry to date. However, her exact net worth and other financial information are not public yet. Further, she signs endorsements deals with Nike and Wilson Sporting Goods Company. She also became a brand ambassador for LVMH, Evian, Tiffany & Co., and Dior. Thus, it also adds to her income quite well.