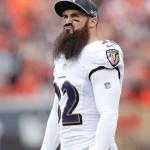 Eric Steven Weddle, professionally known as Eric Weddle is an American football player. He plays as a free safety for the Los Angeles Rams of the NFL. Earlier, the San Diego Chargers drafted him 37th overall in the 2007 NFL Draft. Following 9 seasons with the Chargers, he played 3 seasons for the Baltimore Ravens. He then signed with the Rams in March 2019. He played college football at Utah.

What is Eric Weddle Famous For? 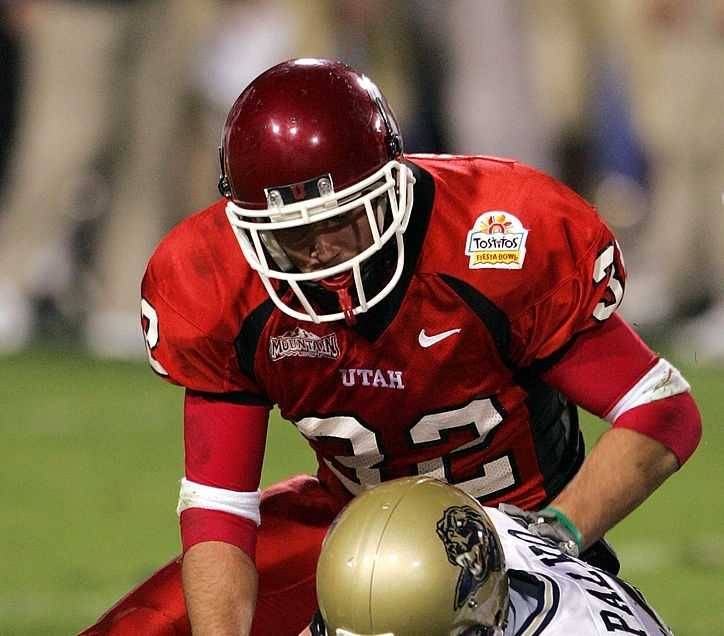 Where was Eric Weddle Born?

Eric Weddle was born on 4 January 1985. His birth name is Eric Steven Weddle. His birth place is in Fontana, California in the United States. He holds American nationality.

He grew up in Alta Loma, California where he attended Alta Loma High School. He played football, basketball, and baseball at high school. He was the team captain of his football team. He led Alta Loma High School to the 200 Mt. Baldy League championship. Following his senior year at high school, he was named the team's best receiver and most valuable player. After graduating from high school, he committed to play for the University of Utah. He set several records at Utah. 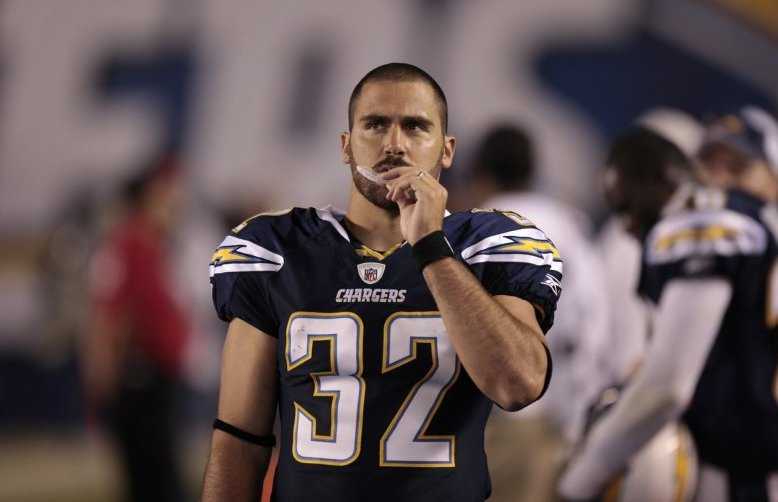 The San Diego Chargers drafted him 37th overall in the 007 NFL Draft.

He signed a four-year contract with the Chargers worth $4.16 million, that includes $3.47 million guaranteed and $1.81 signing bonus.

He was named the backup strong safety to begin the 2007 season.

He made his professional debut against the Chicago Bears where he recorded 3 solo tackles and made his first career sack as well.

He finished his rookie season with 53 combined tackles (42 solo), 6 pass deflections, a sack and an interception in 15 games and 15 starts.

The Chargers lost to the New England Patriots in the AFC Championship Game in January 2008.

He was named the starting free safety for the 2008 season.

The Chargers lost to the Pittsburgh Steelers in the AFC Divisional Round.

He was made the starting safety to begin the 2009 regular season.

He completed the 2009 season with 82 combined tackles (78 solo), 7 pass defensed, 2 interceptions, 1.5 sacks, and a touchdown in 13 games and 13 starts. He had missed 2 games due to knee injury and was listed inactive once.

The Chargers lost to the New York Jets in the AFC Divisional Round. 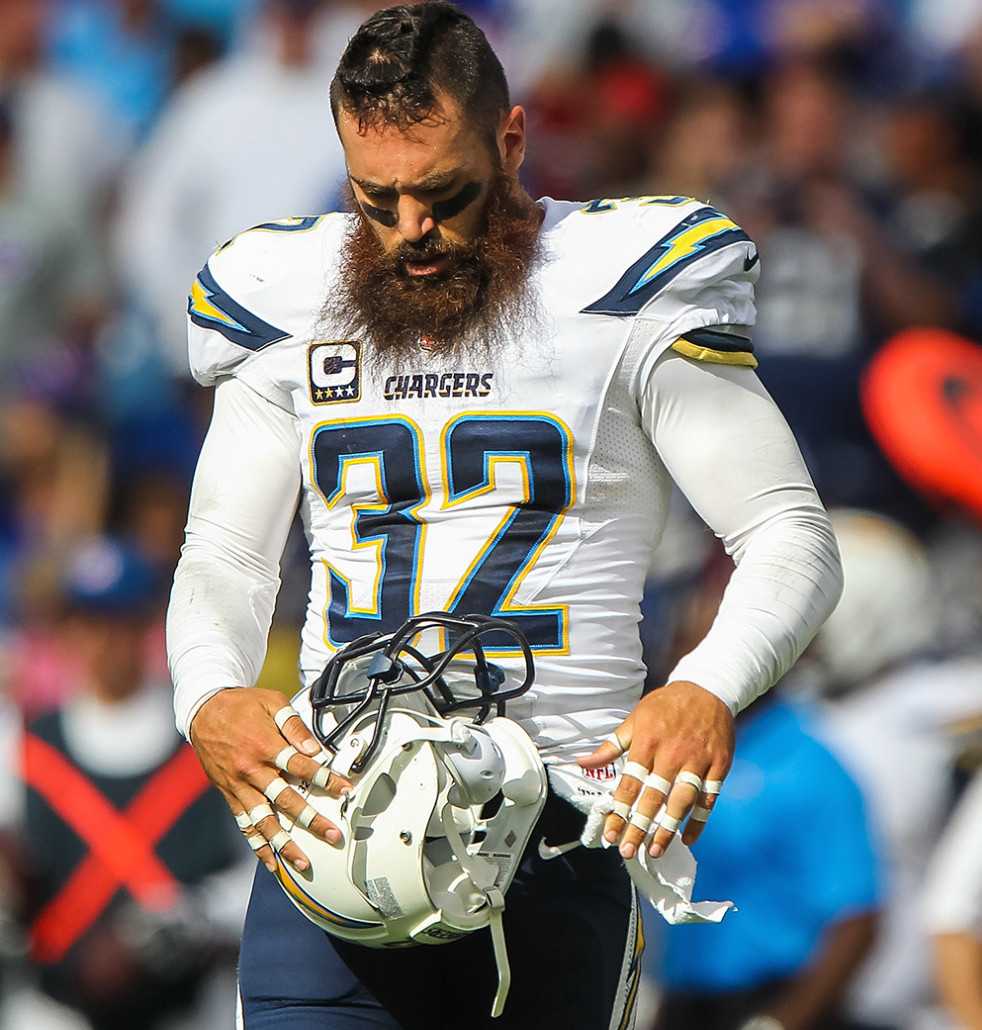 He became an unrestricted free agent for the first time in his career after the 2010 NFL season. He was ranked the second best free agent safety.

However, Weddle came to terms with the Chargers and signed a 5-year contract extension worth $40 million with $19 million guaranteed and $13 million signing bonus.

He was also named to his first Pro Bowl.

He was voted as the Chargers' MVP by his teammates in 2012.

He was also named to the Associated Press All-Pro Team in 2012.

The Chargers lost to the Denver Broncos in the AFC Divisional Round.

His contract ended following the 2015 season and became an unrestricted free agent. 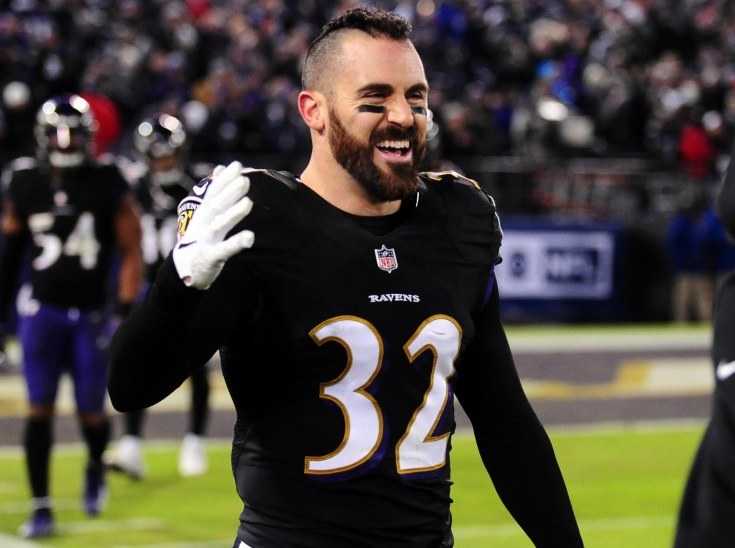 He signed a 4-year contract with the Baltimore Ravens worth $26 million with $13 million guaranteed and $7 million signing bonus on 14 March 2016.

He was named the starting strong safety to begin the 2016 regular season.

He finished his first season with the Ravens with 89 combined tackles (48 solo), 13 pass deflections, 4 interceptions, 1.0 sack, and 1 forced fumbles in 16 games and 16 starts.

He was named the starting free safety to begin with the 2017 regular season. 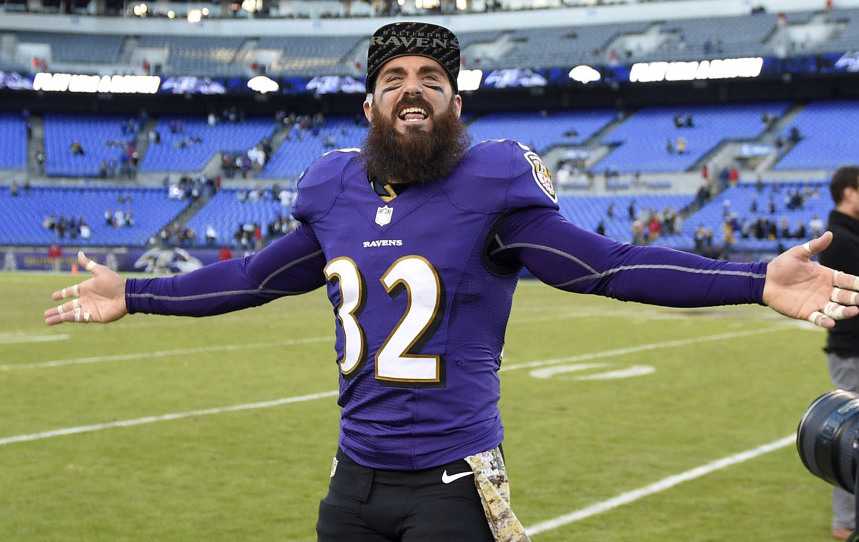 Who is Eric Weddle Married to?

Eric Weddle is a married man. He is married to Chanel Weddle. They are high school sweethearts. The couple tied a knot to each other in July 2005. They wed before his junior season at Utah. The couple has 4 children together, Marie, Silver Jean, Gaige Leroy, and Kamri Joe. 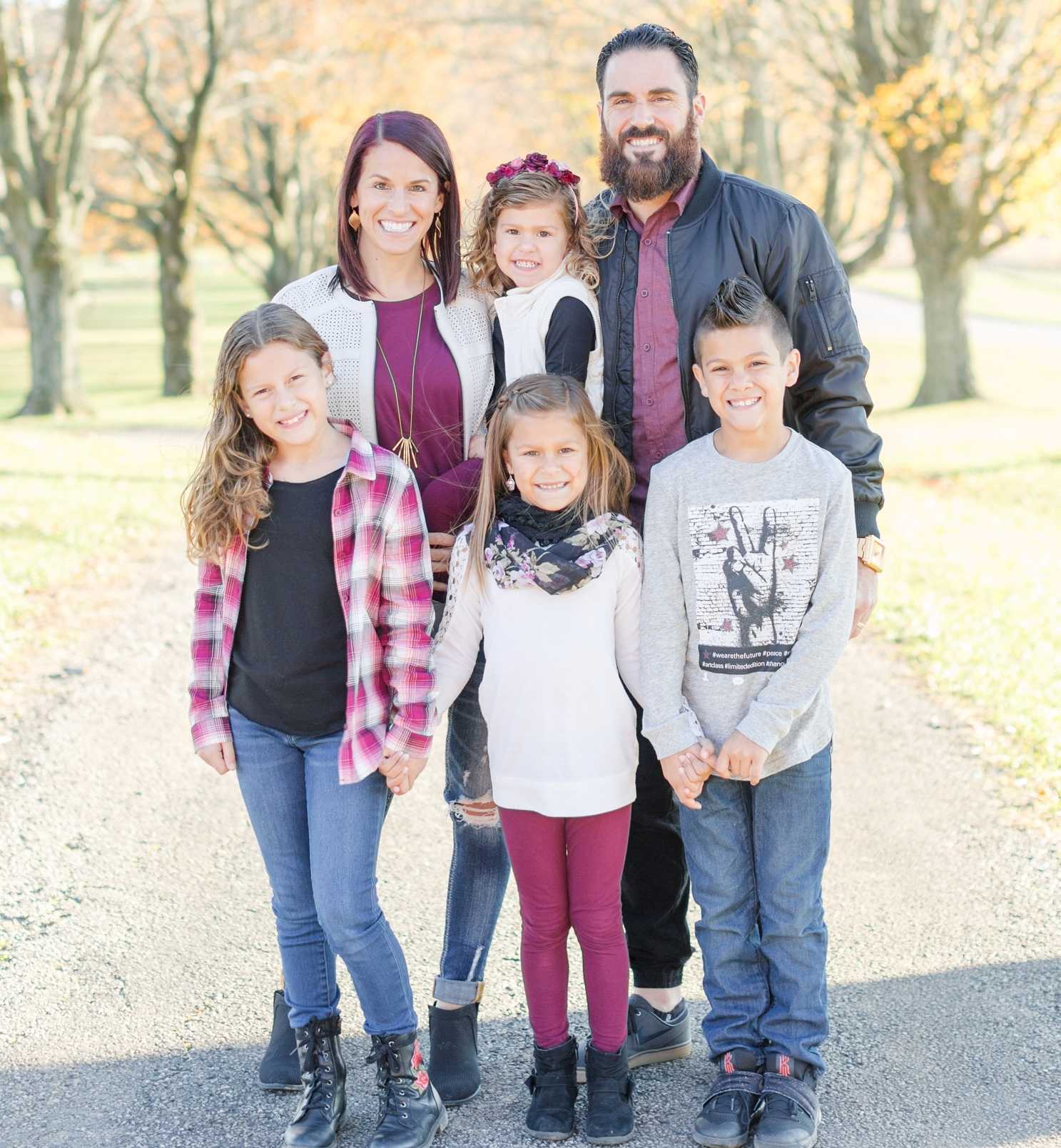 What are Eric Weddle Body Measurements?

What is Eric Weddle Net Worth?

Eric Weddle earns from his professional football career. His income comes from salary, bonuses, contracts, and endorsement. He currently plays for the Los Angeles Rams after signing a 2-year contract worth $10,502,050. He previously played for San Deigo Chargers. He signed a rookie contract worth $4.16 million with the Chargers and later extended his contract for $40 million in 2011. In 2016, he signed with Baltimore Ravens for $26 million. His annual salary at present is reported at around $5 million. His net worth will be updated soon.

Trivias About Eric Weddle You Need To Know.