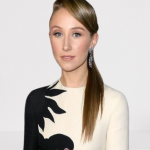 The multi-talented person, Erin Doherty is a British actress who has had a passion for the entertainment industry since her childhood. Thus, she chooses a theatre program while she was in high school. She also took a course and training in acting to make a fit in the current scenario of the entertainment industry. Although she has appeared in several TV series, she has been able to grab the attention of people towards her a few times. Also, she won several awards during her career which are listed below. Some of her notable TV series are The Crown (2016), Les Misérables (2018), Intelligent Design (2020), and many others. If you are interested to know more about her, you should scroll through the page below.

What is Erin Doherty famous for?

When was Erin Doherty born?

Erin Doherty was born in 1992 to her parents. Currently, she is 29 years old. She is the middle child of her parents. Her mother's name is Nichola Doherty but her father's details are yet to be disclosed. She experienced her childhood in Crawley, West Sussex, England, the UK along with her two siblings. They are Grace Josephine Doherty and Matthew Doherty. Similarly, her nationality is British and belongs to the Irish heritage lineage ethnicity. Her zodiac sign is Cancer and follows Christianity.

For education, she went to Hazelwick School in Crawley. Later, she joined at Guildford School of Acting where she took a one-year course in theater and moved to Bristol Old Vic Theatre School for training with the theatre program and later graduated in 2015.

How did Erin Doherty become an actress?

Erin Doherty is a talented actress who appeared altogether in 5 series during her career. Although she has done several TV series, she was able to grab 3 awards out of 6 nominations which are listed below:

Erin Doherty is a lesbian by sexuality. She has been affair with her fellow actress Sophie Melville since 2021. They have even shared the stage for numerous theatre productions. Currently, the lovebirds enjoying their life happily in their London flat. During a recent interview with Audible, she considered her relationship to be her greatest achievement. Let's see what happens in the future either they should be tied knot or split up. Until then stay in touch with us for new updates.

Erin Doherty has been engaged in the entertainment industry since 2016. During her career, she appeared in several TV series. Thus, she should have the sum of a good income to date. Based on some online sites, her current estimated net worth is said to be $1 million. However, her salary and other financial details are yet to be disclosed.

Further, she also adds up her fortune through her endorsement deals with the brands like:

Erin Doherty has a slim body with a body measurement of 33-24-34 inches. She used to wear a 33B bra cup size and 6 (US) dresses. Similarly, she has a pair of beautiful blue eyes and she has light brown eyes. Further, she has a height of 5 feet 5½ inches and she weighs around 57 Kg. Overall, she has a fit and healthy body. Moreover, she is a Lesbian by sexuality.

Trivias About Erin Doherty You Need To Know.