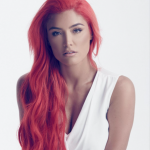 Natalie Marie Coyle, known professionally as Natalie Eva Marie, is an American actress, fashion designer, model, and professional wrestler who is well known for being currently signed to WWE where she has been since 2013. Having her career started with her main roster debut later becoming the manager of The Bella Twins both the same month of July 2013, Marie has managed to come a long way up becoming one of the popular WWE divas in her 7 years long career run.

Her debut reality television series was "Total Divas" where she was cast as the main cast member. She even made her film debut with her role as Linda in "Inconceivable"(2017).  She is also the first ambassador for Monster Energy's Reign brand and also is an ambassador for Australian fitness. Besides, she also has been part of a Cancer Awareness initiative for a long time. 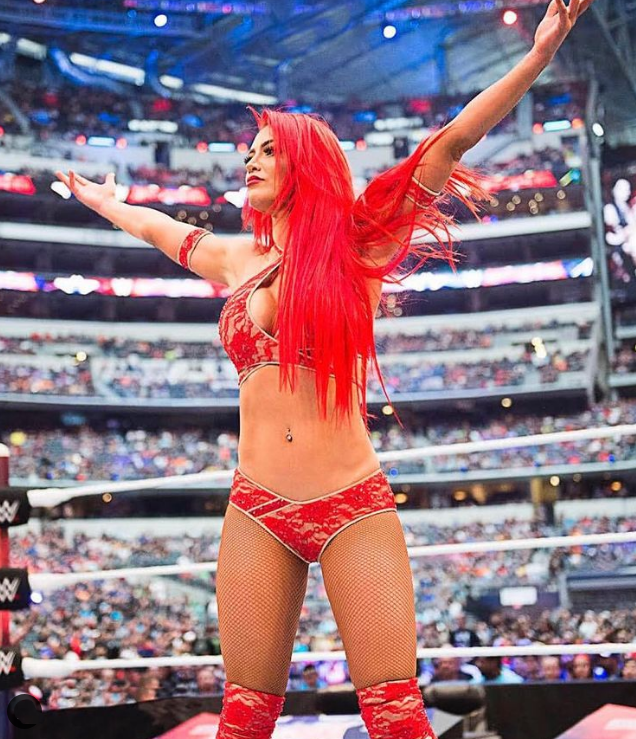 What is Eva Marie Famous for?

Where is Eva Marie from?

Eva Marie was born on September 19, 1984, in Walnut Creek, California, United States. Her birth name is Natalie Marie Nelson. Her nationality is American. Marie belongs to mixed ethnicity while Virgo is her zodiac sign.

Born as the youngest child to her parents; Josie Nelson(Mexican mother) and Barry Nelson(Italian father), Eva grew up alongside her three older brothers Nathan, Neal, and Nick in Concord, California. Growing up alongside her brothers, she also developed an interest in soccer that she wanted to become a professional soccer player which she left when she suffered an ankle injury in 2002.

After recovering from the injury, she played at Diablo Valley College in Pleasant Hill, California, where she received her associate degree in art.

She received Junior College All-American honors and transferred to Arizona State University again got transferred to California State University, Fullerton. Due to a lack of self-confidence, she dropped out of her dream to become a soccer player instead got a Bachelor of Arts degree in business management and a minor in human resources.

Following which she moved to Los Angeles to pursue a career in modeling, acting, and promotional work.

Eva Marie is a married woman and has been married just once to date. Her only marriage is with her long-term boyfriend, Jonathan Coyle, a fitness expert who has appeared in publications such as UFC Magazine, Vanguard MMA, and Iron Fist Athletic and starred in a Nike campaign.

After dating for years, the couple got married on August 23, 2014. Together the couple has appeared on the podcast, "The Natalie Eva Marie Show" also Coyle was featured on the E! Network reality show, "Total Divas". 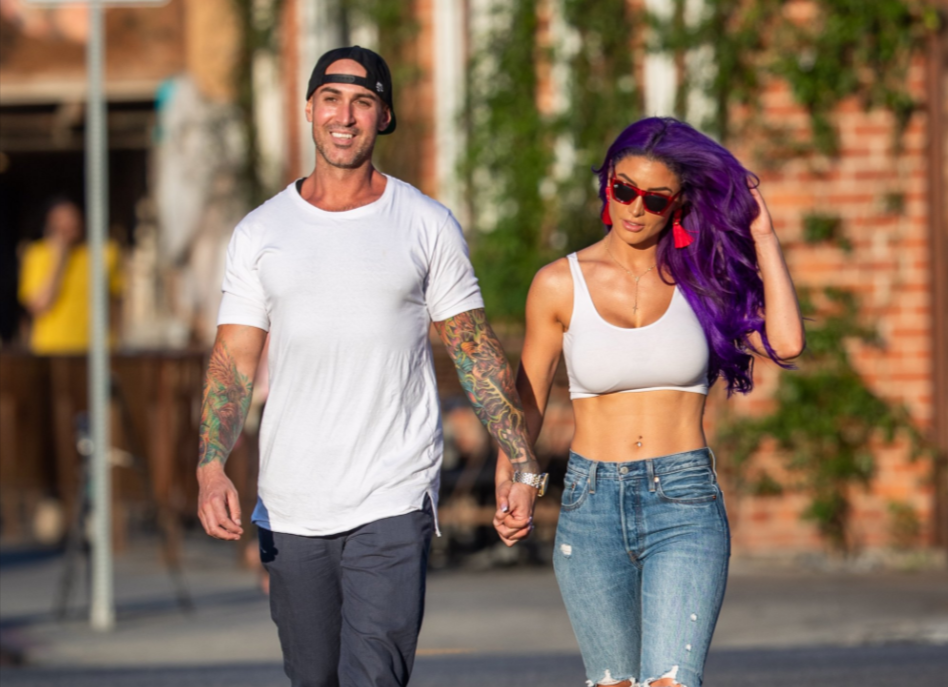 Though been married for almost 8 years, the couple hasn't had any children yet. Besides, Marie has struggled with underage alcohol abuse and even had her breast implants at age of 20. Apart she has launched "Never End Denim"(collection of denim brands), "Natalie Eva Marie x Ryderwear"(clothing collection).

Eva Marie has quite good earnings from her professional career as an actress and wrestler. Having her career started with WWE in 2013, Eva has managed to come a long way up becoming one of the popular wrestling Divas in her decade-long career.

Getting signed to WWE until 2017 from 2013, Marie earned quite great earnings from her several contract deals. Her net worth is estimated to be around $2.5 million. 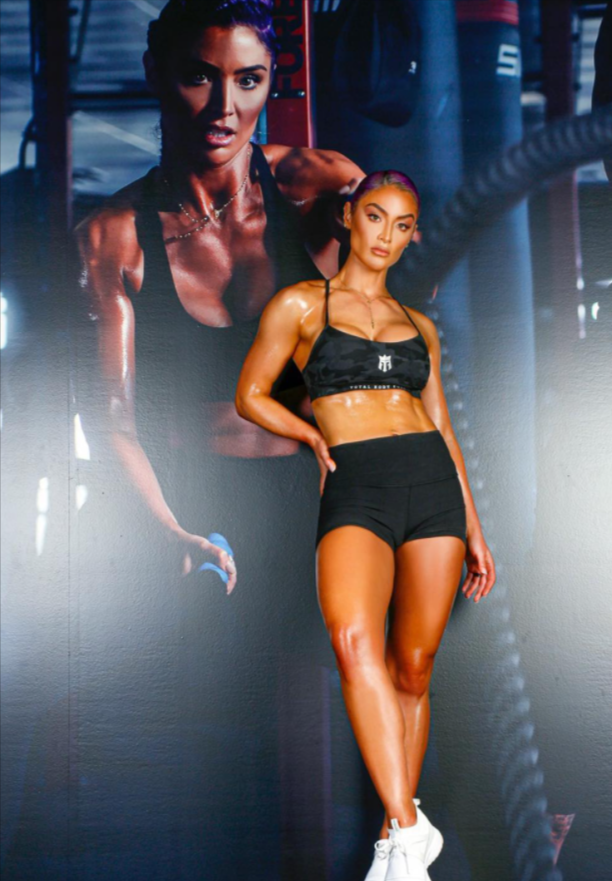 Eva Marie is a beautiful lady with a well-maintained body physique in her 30s. She stands tall with a height of 5ft. 8inch.(1.73 m) while her body weighs around 58kg(128lbs).

She has a body measurement of around 36-26-35 inches with 36B as her bra size and 4(US) as her dress size. She has a fair complexion with dyed hair and hazel eyes.