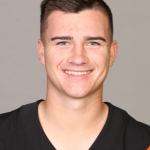 Evan McPherson is an American professional footballer who is currently playing for the Cincinnati Bengals of the National Football League (NFL). His playing position is placekicker. He was initially drafted by the Bengals in the fifth round of the 2021 NFL Draft with the 149th overall pick, making him the first and ultimately only kicker to be selected that year. He signed his four-year rookie contract with Cincinnati on May 17. He is nicknamed "Shooter" and "Money Mac". His jersey/shirt number is 2.

The Cincinnati Bengals will take on the Los Angeles Rams in Super Bowl LVI at SoFi Stadium on Sunday, February 13 thanks to a perfect playoff run from rookie kicker Evan McPherson. McPherson's 12 field goals are the most made FGs in a single postseason without a miss by any player in NFL history. He has yet to miss a FG in the playoffs, but most importantly, scored two game-winning field goals, one in overtime against the Kansas City Chiefs to send his side to the Super Bowl. Throughout the playoffs, McPherson has accumulated 40 points with his field goals and extra points after a touchdown, 10 more points than the Bengals offense. When it comes to the Super Bowl MVP, an award more often than not won by quarterbacks and wide receivers, McPherson could become the first kicker in NFL history to win that prestigious title. It's hard to imagine a situation where the kicker is responsible for winning his team a ring, but if we look at Cincinnati's playoff games, we can see that they're only in this position because of McPherson. In the 19-16 Divisional Round win over the Tennessee Titans, McPherson scored a walk-off field goal to advance to the AFC Championship. For McPherson to become the first kicker in history to win Super Bowl MVP would already be impressive enough, but he would also be the first rookie to take the award.

What is Evan McPherson Famous For? 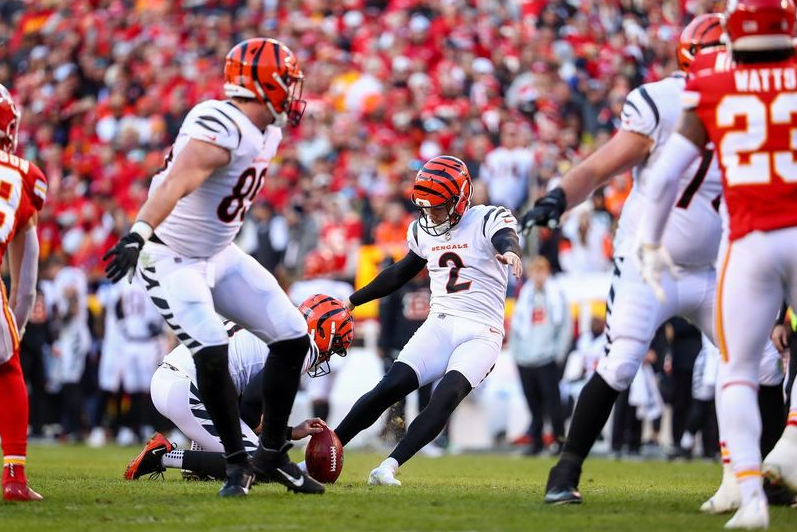 Who are the Parents of Evan McPherson?

Evan McPherson was born on 21st July 1999. His birthplace is Fort Payne, Alabama, the USA. He is American by nationality and his ethnic background is American-White. His present age is 22. Talking about his parents, he was born to his father, LaDon, and his mother, Amber McPherson. His older brother, Logan was also an all-state kicker for Fort Payne High School and went on to play punter for Louisiana Tech University. His younger brother, Alex made an All-State as a kicker with Fort Payne in 2019, and as a punter in 2020. In 2021, Alex announced his commitment to attend Auburn University. Alex is currently the highest-ranked kicker in the 2022 class. He is a Christian by religion and his zodiac sign is Cancer.

About his education, Evan McPherson attended and began his football career at Fort Payne high school in Fort Payne, Alabama. There, he spent four seasons as the team's kicker and punter. As per his high school stats, he made a 60-yard field goal and an 84-yard punt, both kicking one yard short of the Alabama High School record. After that, he went on to play college football in Florida from 2018-2020 before choosing to forgo his senior season and enter the NFL draft. There, he made 51-60 field goals, setting a Southeastern Conference record for career field goal percentage (minimum 50 attempts), and 149-150 extra points. He made 5 of 8 career field goal attempts from at least 50 yards.

Who is Evan McPherson engaged to?

Evan McPherson is engaged to his beautiful long-time girlfriend, Gracie Groat in July 2021. He proposed to her on July 15, 2021, and she accepted. The couple is enjoying their present life happily and they are planning to be husband and wife soon. They both are thrilled to spend the rest of their lives with each other. The pair have been in a relationship since Evan was in ninth grade and Gracie was in the eighth grade. His fiancee has uploaded a slew of photos with the caption, "Let the countdown begin." I can't wait to get married to you. His sexual orientation is straight and he is not gay. 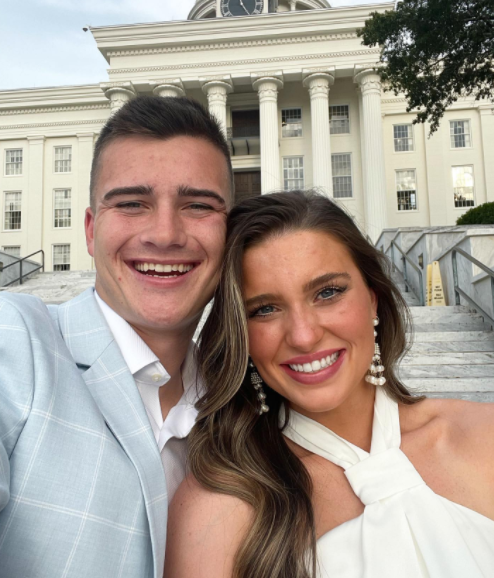 Evan McPherson Net Worth: How much is his salary?

How tall is Evan McPherson?

Evan McPherson stands at the height of 1.80 m or 5 ft 11 in. His weight consists of 185 lbs or 84 Kg. His body type is athletic. His other body measurement is still to get disclosed yet. He maintains his body a lot by doing frequent exercises.

Trivias About Evan McPherson You Need To Know.