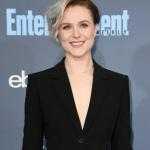 Who is Evan Rachel Wood?

Evan Rachel Wood is an American actress, model, and musician. In 2016, she made her huge name from the HBO television series Westworld, for which she won a Critics’ Choice Award and a Golden Globe nomination. Wood is widely famous for her Golden Globe-nominated role as the troubled teenager Tracy Freeland in the teen drama film Thirteen (2003). She is also known for appearing in many television series and films, including American Gothic (1995–96) and Once and Again (1999–2002), Digging to China (1997), Little Secrets (2001), and HBO’s drama TV series like True Blood (2009-2011). She is also recognized for her music group, Rebel and a Basketcase (2016 – 2017). 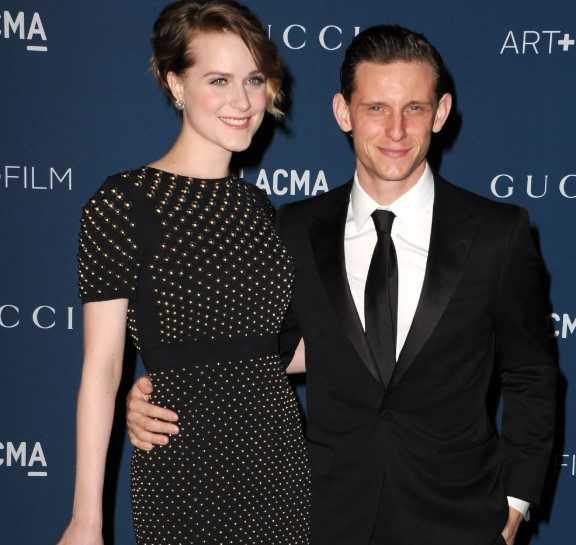 What is Evan Rachel Wood famous for?

Evan Rachel Wood Net Worth famous for her role as Tracy Freeland in the teen drama film Thirteen (2003) which earned her Golden Globe-nomination and later for HBO series Mildred Pierce (2011), a role for which she was nominated for the Golden Globe and Emmy Award for Best Supporting Actress and TV series like True Blood (2009-2011).

When is Evan Rachel Wood from?

Wood was born in Raleigh, North Carolina, USA. Her mother, Sara Lynn Moore, is an actress, director, and acting coach. Her father, Ira David Wood III, is a locally prominent actor, singer, and Executive Director of a local community theatre company called Theatre in the Park. Wood's three brothers, Ira David Wood IV, is also an actor, Dana and Thomas, and a sister named Aden. Her paternal aunt, Carol Winstead Wood, was a Hollywood production designer. She was raised in Christian culture in childhood. Wood and her brothers were actively involved in Theatre in the Park while growing up and played in her father's directed several productions. She was also a martial artist in her teenage and was awarded a black belt in taekwondo when she was 12 years old.

Wood's parents separated in 1996 and later divorced, and Wood moved with her mother to her mother's native Los Angeles County, California. Wood briefly attended Cary Elementary, a public school in Cary, North Carolina, and  Laurel Springs School. She was subsequently home-schooled and received her high school diploma at age 15. Wood's nationality is American and she belongs to White ethnicity. Her religion is Judaism and her zodiac is Virgo.

What is Evan Rachel Wood's career?

Wood began her acting career appearing in several small television films from 1994 onward. Her first TV debut was from small role series American Gothic in 1995. She then did support the role of Jessie Sammler on the television show Once and Again in 1999. Wood's first major screen role was in the low-budget 1997 film Digging to China. Wood made her teenage debut as a leading film actress in 2002's Little Secrets. Her breakthrough came to a movie role in the 2003 film Thirteen. Her performance was nominated for a Golden Globe Award as Best Actress - Drama and for a Screen Actors Guild (SAG) Award for Best Actress.

Wood continued acting mostly in independent films, including Pretty Persuasion (2005), Down in the Valley (2005), Running with Scissors (2006), and in the big studio production Across the Universe (2007). Since 2008, Wood has appeared in more mainstream films, including The Wrestler (2008), Whatever Works (2009) and The Ides of March (2011). She also returned to television, playing the supporting role of Queen Sophie-Anne on True Blood from 2009 to 2011 and playing the daughter of Mildred Pierce in the HBO miniseries Mildred Pierce (2011), for which she was nominated for the Golden Globe and Emmy Award for Best Supporting Actress. She currently plays the sapient android Dolores Abernathy in the HBO series Westworld, for which she won a Critics' Choice Award and earned Golden Globe and Emmy Award nominations.

How tall is Evan Rachel Wood?

The American actress, Rachel Wood has a tall height of 5 feet 7 inches. She is now 32 years old and she lacks not a bit of glamour she would have in 22. She has a slim body that weighs 54kg. The mother of one has a red hair color and her eyes are Blue. Furthermore, her body figure measures as 34-26-34 inches. Likewise, her bra size is 32B, her dress size is 4(US) and her shoe size is 9(US). She has a bisexual orientation.

What is Evan Rachel Wood's net worth?

The Westworld actress Evan Rachel Wood estimated net worth is $8million as of 2020. She has earned this huge sum of money from her professional career as an actress and a model. This is the result of her working hard in the film industry to leave a remark for over two and half decades which has eventually bear her huge reward. As a model, she works for big agencies like Creative Artists Agency and Circle Talent Agency. She also earns from her brand endorsements. She was chosen to be the face of Gucci Guilty fragrance in 2010 alongside Chris Evans. Information regarding her cars, real estate, and other businesses is currently under review.

What happened to Rachel Evan Wood?

In 2016, Wood told a Rolling Stone reporter that she had been raped twice many years ago. Wood explained that whenever she was threatened or abused by her named ex-boyfriend, she would cut her wrist as a way to stop the abuse. She even shared a photo of the scars on her wrists via Instagram with a pose closing her eyes while lying on a pillow alongside her scarred wrist. In February 2018, Wood testified before the United States House Judiciary Subcommittee on Crime, Terrorism, Homeland Security and Investigations as a rape survivor and survivor of sexual abuse.

Who is Evan Rachel Wood Dating?

Evan's relationship status is currently single. However, she was married before and involved in numerous affairs. Wood began dating English actor Jamie Bell for a year in 2005 after they met at the Sundance Film Festival. Wood rekindled her relationship with Bell, five years after they first broke up in 2011. They were married in a small ceremony on October 30, 2012, and have one son, Jack Matfin Bell, born on July 29, 2013.n May 2014, Wood and Bell announced that they had separated after 19 months of marriage.n January 2017, Wood became engaged to her Rebel and a Basketcase bandmate, Zach Villa. In September 2017, they called off the engagement. Wood had a relationship with Marilyn Manson from 2007 to 2010. Wood turned out to be bisexual in 2011, which she disclosed via Twitter.

Trivias About Evan Rachel Wood You Need To Know.