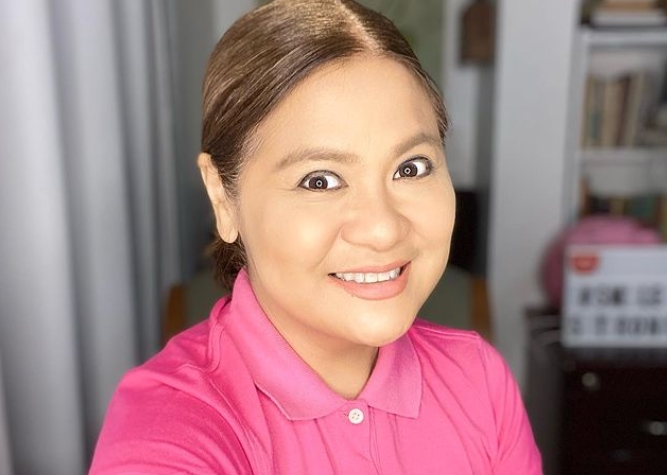 Candy Pangilinan is a Filipino film and TV actress. She began her acting career in the early 90s and she made her film debut in the horror-comedy "Shake Rattle & Roll III" in the year 1991. Being a comedian, she is critically acclaimed as one of the comedians in the Philippines who has spanned more than three decades in the industry, and also she is famous for starring in more than 10 sitcoms as well as she is known for her versatility, wit, skill and comedy roles. Taking off her career, she firstly starred in supporting roles in romantic comedy films such as "Hindi Magbabago" in 1994 and 1997, in "Dahil Ba Sa Kanya" as a lead role and in "Sige Subukan Mo". She guest-starred on TV5 on "Sharon, Kasama Mo Kapatid", "Beki Boxer", "Regal Shocker Presents", "Showbiz Police", "Face the People", and "Tropa Mo Ako Unli" as well. Pangilinan is also an award-winning actress who won best actress for CineFilipino 2016 and Los Angeles International Film Festival for the movie "Star na si Van Damme". Recently, she appeared in the role of Madam Andi in "Heartful Cafe" in 2021.

Candy Pangilinan was previously married to her husband whose name goes by Gilbert Choi Alvarado. They remained together until 2003. As per his LinkedIn profile, he fills in as a Managing Director at an ICT organization called Fiber-Rex Philippines, Inc. since 2009. He has dedicated his life to achieving goals and has more than 20 years of Telecoms Services sales experience. Before joining his new firm, he worked as a consultant for several agencies, advising clients on product quality and the differences between good and bad quality.

Candy Pangilinan's birthdate is 8th May 1972 which makes her the present age of 49. Her Zodiac sign falls under Taurus. Being born in Metro Manila, Philippines; Candy holds Filipino nationality. About her educational background, she studied Theatre Arts at the University of the Philippines. By profession, Candy is an Actor, Comedian as well as and YouTuber. She is active in the entertainment industry since the 1990s. She has not stated anything regarding her retirement from the active field. She loves her job and she appeared in the 2021 TV show "Heartful Cafe" recently.

Candy Pangilinan and Gilbert Choi Alvarado were married previously as Gilbert left her after one month of their son, Quintin was born. When she got pregnant with Quentin, she said her husband was already telling her he’d be leaving her, referring to the baby as a "souvenir". Most recently, Pangilinan talked about her relationship on one of Toni Gonzaga's YouTube videos and shared her parenting journey, from her husband leaving her, becoming a single mom when her son Quentin was just one month old, to suddenly having to navigate how to raise a child diagnosed with autism and ADHD (attention-deficit hyperactive disorder). She also said that Mr. Alvarado would call her crazy because she would accuse him of having an affair. Because of this, her husband said he abandoned her. She opened up about the lessons she learned from her failed marriage, stating that she now views her separation from her husband as a "blessing."