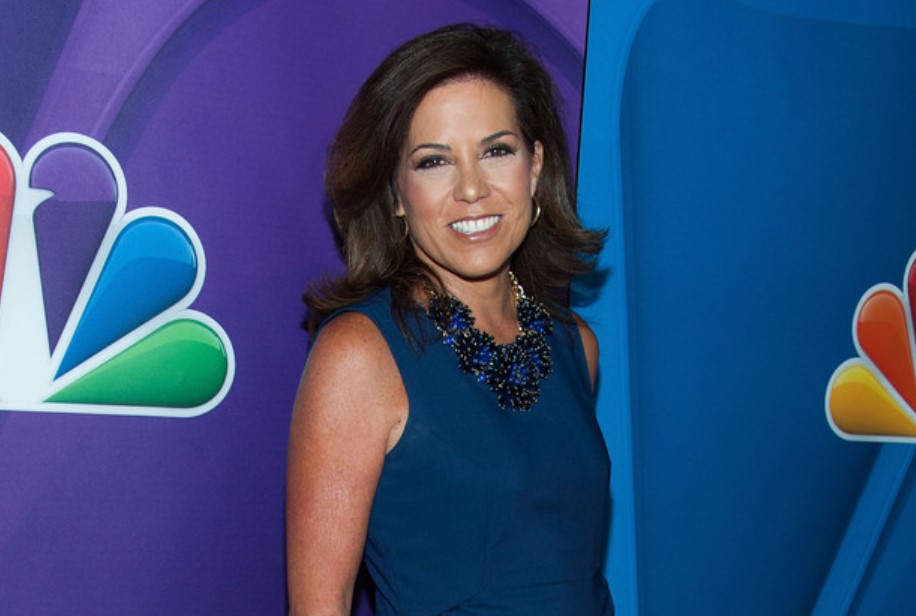 Michele Tafoya is one of the familiar names in sports journalism. Tafoya has been a reporter for NBC Sports for a long time. Since 2011, she has been working as a sideline reporter for NBC Sunday Night Football. She has been working as a reporter for most of her career. She previously worked for major networks including CBS Sports, ESPN, and ABC Sports among others. A popular sports journalist, she earns $200k in salary annually and has an estimated net worth of around $2 million.

Tafoya was born Michele Joan Tafoya Beaurain on 17 December 1964 in Manhattan Beach, California in the United States. She holds an American ethnicity. She was born to her parents, Orlando Tafoya (father), and Wilma Conley Tafoya (mother). Interestingly, her parents were expecting a son and had planned to name the child, Michael John.

Here are some facts to know about sportscaster, Michele Tafoya.

Michele Tafoya Has A Master's Degree 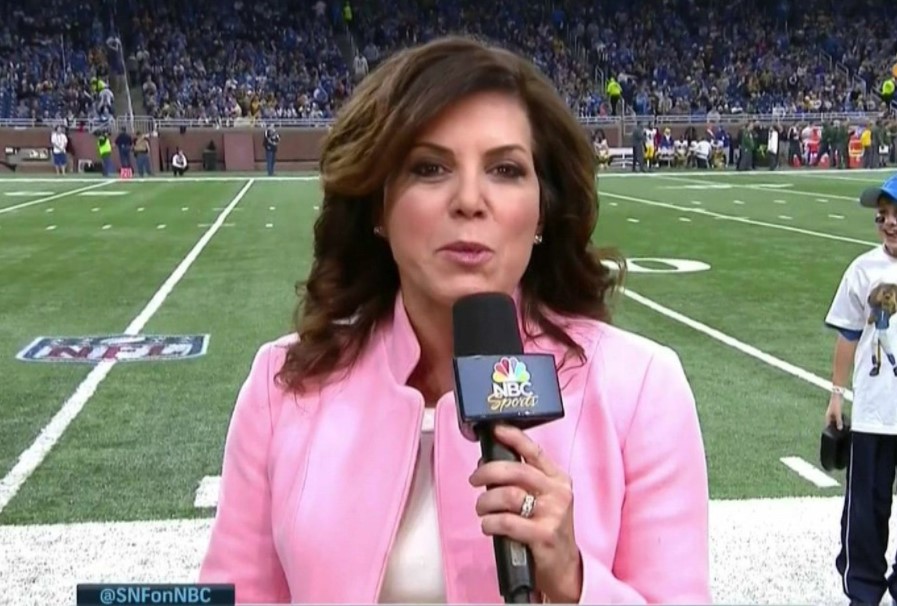 Michele Tafoya Started Off Her Sportscaster Career In Minneapolis

Michele Tafoya started off her journalism career at KFAN-AM in Minneapolis. She was a host and reporter for the station where she primarily reported for Minnesota Vikings and University of Minnesota women's basketball broadcasts.

Michele Tafoya Has Another Professional Name

Sportscaster Michele Tafoya started her career at KFAN-AM. During her early career in journalism, she also worked for WAQS-AM in Charlotte. Around the time, she was known by her other name. She went by the name Mickey Conley at the time.

Prior to joining NBC Sports in 2011, she worked for several networks or stations. She worked for KFAN-AM, WAQS-AM, and WCOO-TV before joining CBS Sports in 1994. She was a reporter and host for the CBS Sports Spectacular and college basketball coverage. She covered US Tennis Championships, WNBA games, NFL games, college footballs, and Nagano Olympics among several others.

Michele Tafoya worked for several networks in the past. She worked for CBS Sports, ABC Sports, and ESPN as a reporter or host for several years. In 2011, she joined NBC Sports as a new sideline reporter. She was a sideline reporter for NBC Sunday Night Football. She replaced multi-Emmy award-winning Andrea Kremer. She has been part of NBC Sports since then. She also covers swimming during the Summer Olympics for NBC. 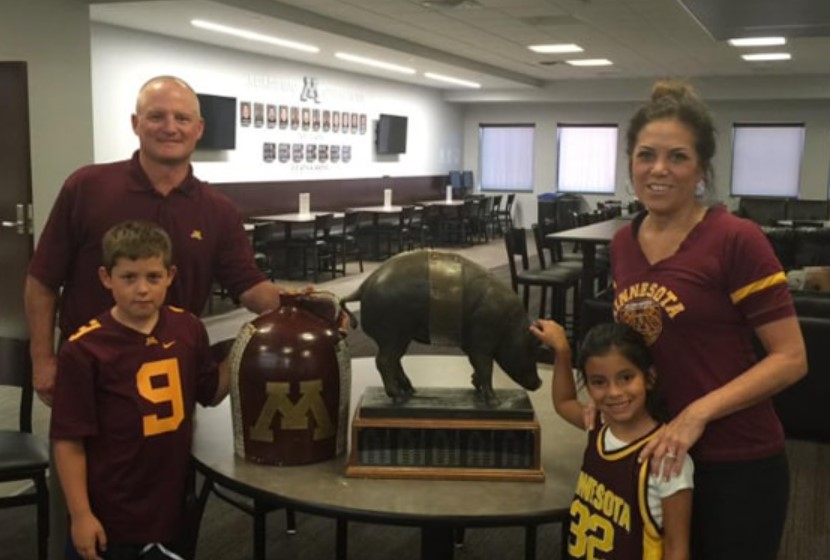 Michele Tafoya is a multiple winner of the Emmy Awards. The NBC Sports sideline reporter has won five Sports Emmy Awards. She is one of the outstanding sports reporters who was awarded the  Gracie Award for "Outstanding Achievement by an Individual On-Air TV Personality" by The American Women for her play-by-play calling of WNBA games on Lifetime Television in 1997. She was ranked among the most likable TV sports personalities, including Biggest Trend-Setter by the Davie-Brown Index in 2006.

Michele Tafoya once lost her composure in 2003 that she had to issue a public apology to the viewers. The reason that led her to issue an apology was that she poured the beer over two fans during a game. She was watching the University of Minnesota versus University of Michigan game from a luxury box on 10 October 2003. She lost her composure and poured the beer over two fans. She later stated issued a public apology and stated that she was embarrassed over the incident. 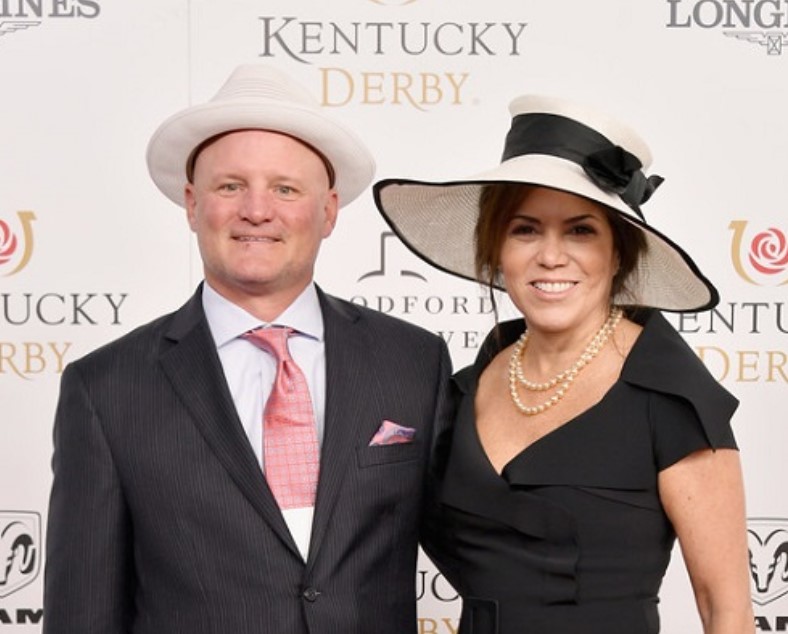 Michele Tafoya was successful and happy with what she was doing for her career. However, she suffered tragedy regarding her personal life. Giving birth to a child and becoming a mother is a dream of every woman. Tragically, Tafoya had to suffer several miscarriages before giving birth to a child. Tafoya revealed that she suffered four miscarriages and broke her down to the deepest. In those tragic times, her husband always remained aside, comforted, and supported her.

Michele Tafoya Has A Adopted Child

NBC Sports sideline reporter Michele Tafoya is a married woman. She is married to Mark Vandersall. The couple tied a knot to each other in 2000. The couple shares two children together. They have a son, Tyler, and a daughter, Olivia.

Tafoya reportedly suffered four miscarriages before giving birth to her first child. Thus, pregnancy became a critical issue on her body. After her first child was born, she chose adoption for the next one. Tafoya and her husband, Mark adopted a daughter, Olivia in 2009.

At present, the family lives in Edina, Minnesota.